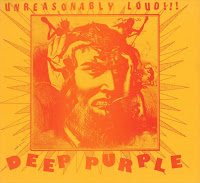 Pioneers of heavy metal – together with Black Sabbath and Led Zeppelin, Deep Purple were known as The Unholy Trinity of Hard Rock – Deep Purple have sold more than 100 million albums worldwide. According to the 1975 Guinness Book of Records, they were also the loudest band in the world.
Their best-known anthem, "Smoke On The Water", has long been a favourite for air guitar aficionados, and the band are often cited as the primary inspiration behind heavy metal spoof film 'This Is Spinal Tap'.
Yet for more recent generations Deep Purple remain as associated with the Seventies as platform boots and lava lamps.

Ian Paice, the group’s drummer and the only original member left in the line-up says: “I am not sure why in the past we haven’t been invited to headline festivals or play at gigs such as the Jubilee celebrations or the Olympics. In the UK and the USA the music television stations decided we are not hip. We don’t fit in and are not asked to play. It may also be because the UK wants classic nostalgia from its bands and we are not interested in that. Whatever the reason we are very rarely invited to play in Britain.”

Yet for many slightly older fans, Deep Purple remain an object of deep affection. Many who were in their late teens or early 20s in the Seventies will remember Deep Purple 'In Rock', the album that was as influential as The Beatles’ 'Sergeant Pepper’s Lonely Hearts Club Band'.
No record collection was complete without the record, with its absurdly grandiose cover depicting the band members’ heads carved into the rock of Mount Rushmore. Stereo systems juddered to the 10-minute "Child In Time", a song that alienated every parent in the land and kicked off heavy metal and the cult of head banging. “Every band was doing things differently and we took the hard rock road,” recalls Ian, now 65, who insists he will continue drumming until he stops enjoying it. “It was extraordinary. Everything we did was having an effect on millions of people.”
.
The group was put together in 1967 by businessman Tony Edwards who recruited Ian Paice, classically trained organist Jon Lord and respected guitarist Ritchie Blackmore, all of whom had been in a variety of Sixties pop bands before joining up.
They chose the psychedelic name Deep Purple (over the proposed alternative Concrete God) and recorded a debut album Shades Of Deep Purple. It did well in America but not in Britain and after a second under-
performing album the band introduced singer Ian Gillan and recorded Concerto For Group And Orchestra which – depending on one’s view – was either an innovative fusion of rock and classical music or pretentious folly. It turned out to be the group’s first UK chart success. It was a change of direction and the follow-up 1970 album Deep Purple In Rock which sent them into the rock stratosphere.
As Rolling Stone magazine later observed: “The interplay between Blackmore’s guitar and Lord’s distorted organ coupled with Gillan’s howling vocals gave Deep Purple a unique identity that codified the heavy metal genre.” Or as Jon Lord said: “Deep Purple is a damn good band and we’ve made a niche in rock and roll history.”
For the next six years Deep Purple produced a series of chart-topping albums and toured relentlessly. But the departure of Blackmore in 1975, mixed reviews to their album Come Taste The Band and the arrival of punk spelled the beginning of the end. In July 1976 Deep Purple disbanded.
It was eight years before a reunion took place with the classic lineup of Gillan, Lord, Blackmore, Paice and bass guitarist Roger Glover. The tour that followed not only out-grossed every other artist in the world, with the single exception of Bruce Springsteen, but also played to 80,000 fans at Knebworth – their last massive British gig.
Since the late Eighties Deep Purple has, with a variety of different line-ups, continued to release albums and to tour, particularly in Europe and the Far East. “France has become a huge market in the past few years,” says Paice. “We are big in Germany, Japan, Asia and South America. It is only in the States and Britain that we are overlooked.”
.
Jon Lord died of pancreatic cancer last year aged 71. The keyboard player, who co-wrote many of the band’s greatest hits had retired in 2002 but his influence on the group remains to this day.
“Jon’s creativity can still be heard on the new album,” says Paice who is looking forward to linking up once more with old friends Gillan and Glover, both now 68. “Some musical interludes on the new album were created when Jon was in the band and his spirit is entrenched in it. It is a fresh album that we cut in just three months with an immediate sound.”

Deep Purple were finally nominated for the Rock And Roll Hall of Fame in the US last year. This year it’s the new album Now What?! and a British tour. And next year? Perhaps the pensioners of Deep Purple could yet get to play Glastonbury. [extract from Express.co.uk]

If any self respecting 'heavy rock' fan saw the following cover promo, they'd buy the bootleg in an instant - I did !

Image caption to the right reads: Richie Blackmore: “I yell and scream at home, too.”  The text below this reads: “Loudest Pop Group. The amplification for Deep Purple on their 10,000 watt Marshall P.A. system attained 117 decibels. This was sufficient in the Rainbow Theatre, London,  in 1972, to render three members of their audience unconscious.”
.
This post consists  of MP3s (320kps) ripped from my near perfect vinyl bootleg which I bought as an impressionable teenager and have treasured ever since.  The cover is typical of the 'Amazing Kornyfone Label' (under the trading name of Rodan Records) with record labels exhibiting no distinguishable markings other than Side One & Two, This bootleg is a wonderful snapshot of what Deep Purple was doing on stage between 1970 and 1972.  Taken from three different concert dates and locations, this album is indicative of the powerhouse performances that they were producing at the time.  There have been other releases of this album by other Bootleg distributors (eg. Ducks Hits & Altintas to name but a few) but from what I can gather, this is the first pressing released.
. 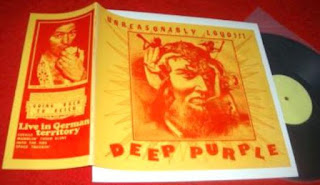 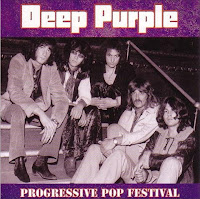 Posted by AussieRock at 6:37 PM