This little Christmas single was put together by the 1985 Triple M team. recorded for Mushroom Records with the B side featuring Dr. Dan with the Triple M Theme. The single was produced by Chris Gilbey and Rod Thomas.
3MMM (identified on air and in print as Triple M) is a radio station broadcasting in Melbourne, Australia. Its target demographic is the 30 - 54 age group. Triple M Melbourne is part of the Austereo Triple M Network and broadcasts on the 105.1 MHz frequency. The station was Australia's first commercial FM station, originally known as EON FM, broadcasting on 92.3 MHz. 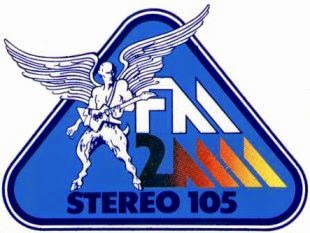 The Early Days
2MMM, the first Triple M station commenced broadcasting on 2 August 1980. Together with then rival station 2Day FM (now also owned by Austereo) and Triple-J FM, it was one of the first two commercial FM radio stations in Sydney. The Government-owned Triple JJJ began broadcasting on the FM band just one day earlier.
The station has always been primarily a rock music station. Triple M was one of the highest-rating radio stations in Sydney, spearheaded by its breakfast show presented by Doug Mulray and featuring the writing of and occasional appearances by Andrew Denton. From 1988 until the early nineties, Club Veg with Mal Lees and Vic Davies hosted the Night show before moving to Perth to host the breakfast show at 96FM/Triple M.
For all of this period and into the 90s, Triple M's promotional campaign featured the character "Dr Dan", a guitar-playing satyr with wings, and a theme song that was an extended reworking of the Mike Batt track "Introduction (The Journey of a Fool)", from his 1979 album Tarot Suite. A - The Tremble M's - We Wish You A MMMerry Christmas
(We Wish You A Merry Christmas / Silent Night / Jingle Bells)
B - Dr Dan - The Triple M Theme (Excerpt from "Tarot Suite" by Mike Batt)
.
As usual, I'm posting the December 'WOCK on Vinyl' a little earlier this month to coincide with Christmas Day and of course the C in WOCK is for Christmas Cheer.  Post consists of MP3(320kps) and includes full single label scans and lots of Christmas cheer !
.
I would like to wish all of my wonderful blog followers (and visitors) a Very Merry Christmas and trust that you will take care when traveling during the Festive Season. May your Santa stockings be filled with lots of treats and especially with loads of Aussie Music CD's (please support our local artists)
.
The Tremble M's Link (13Mb)
.
Posted by AussieRock at 4:48 PM