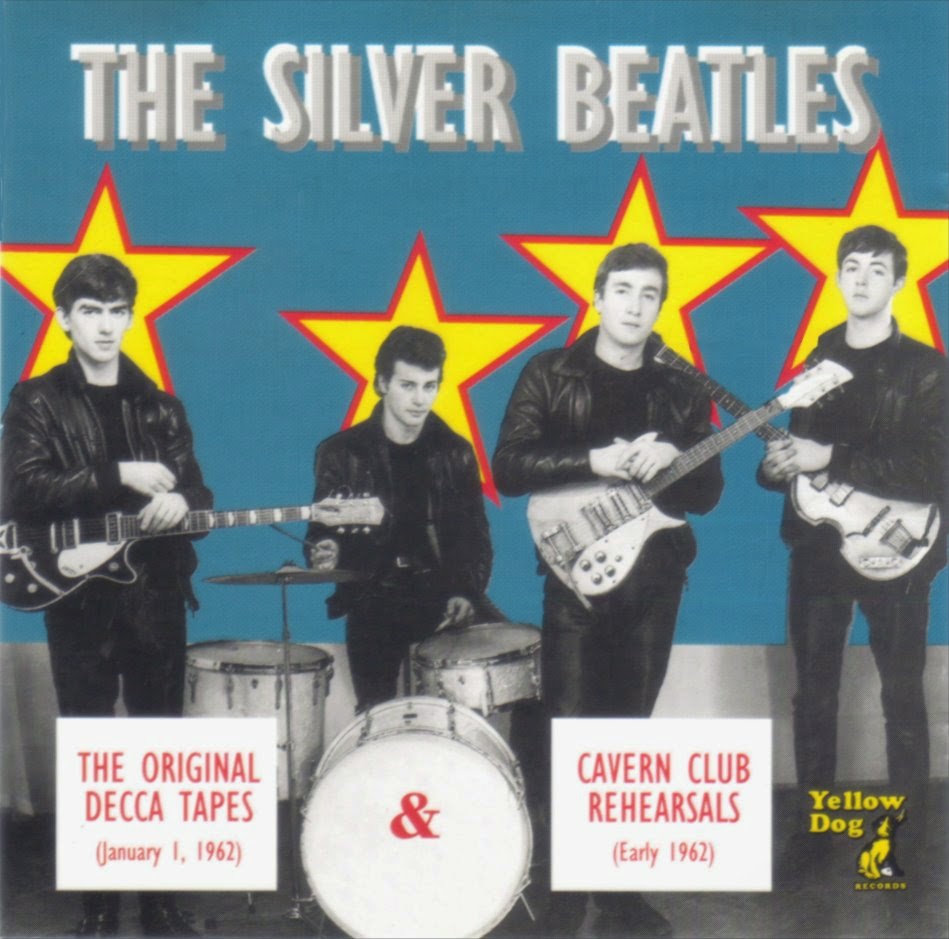 In 1959, McCartney, Lennon, Harrison and Sutcliffe (previously named The Quarrymen and Moondogs) started to seriously trying to think of what to call themselves, just as they'd done for the Carroll Levis audition, as it looked as if they were about to get another important audition.
This is when the idea of calling themselves the Beatles came up for the first time. No one is definitely sure how it happened. Paul and George just remember John arriving with it one day.
They'd always been fans of Buddy Holly and the Crickets. They liked his music, and the name of his group. It had a nice double meaning, one of them a purely English meaning which Americans couldn't have appreciated. They wished they'd thought of calling themselves the Crickets first.
Thinking of the name Crickets, John thought of other insects with a name which could be played around with. He'd filled books as a child with similar word play. "The idea of beetles came into my head. I decided to spell it BEAtles to make it look like beat music, just as a joke.' 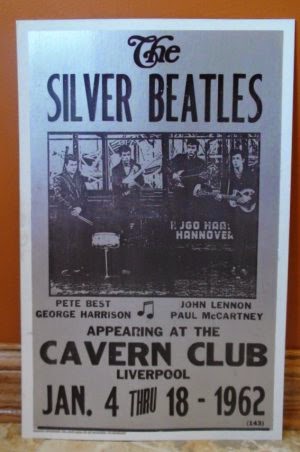 That was the real and simple origin of their name, though for years afterwards they made up different daft reasons each time anyone asked them. Usually they said a man with a magic carpet appeared at a window and told them.
Though they'd at last thought of a name they liked, they weren't simply called the Beatles for a long time.
They met a friend who ran another beat group, Casy Jones of Cass and the Casanovas, who asked them what then- new name was. They said Beatles. Cas said it was rotten. You had to have a long name for a group, he said, like his. Why didn't they call themselves Long John and the Silver Beatles? Beatles on its own, he said, was far too short and simple.
They didn't think much of his idea either. But when this important audition came up and they were asked what they were calling themselves they said 'Silver Beatles' which was a name they stuck to for the rest of that year, 1959.
The important auditioner was none other than the famous Larry Faroes, then the king of British rock and roll who had in his stable Tommy Steele, Billy Fury, Marty Wilde, Duffy Power and Johnny Gentle. 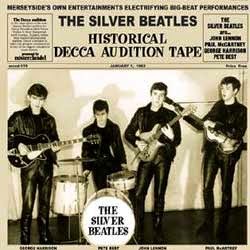 They'd heard about Larry Fames coming to Liverpool while hanging around the Jackaranda, a club where many beat groups used to play. This was owned by a Liverpool-Welshman called Allan Williams. He also ran the Blue Angel, the club in which the Larry Fames audition was going to be held.
They arrived at the Larry Fames audition without a definite name -it was only when one of Larry Parnes's assistants asked them for a name that they came out with Silver Beatles. They also arrived without a drummer. A drummer they'd been using had promised to turn up, but he didn't. Once again, they were drummerless.
A drummer who was at the Blue Angel for the audition with another group did them a favour and stood in with them. He was Johnny Hutch, looked upon as one of the top three drummers of the time in Liverpool. There is a photograph of the Silver Beatles taken at that audition. Johnny Hutch is sitting at the back looking very bored and superior. As usual, you can't see much of Stu. He has his back to Larry Fames, trying hard to hide his fingerwork on the bass.
The audition was to find a backing group for Billy Fury. Larry Fames didn't think any group was good enough, but he offered the Silver Beatles a two week tour of Scotland, as the backing group to one of Larry Parnes's newest but unknown discoveries, Johnny Gentle. It was in no sense their tour. The Silver Beatles were to be very minor. But it was their first ever proper engagement as professionals, and a real tour at that, however short and however second rate.

JAN 1      The Beatles travel to London for their audition at Decca
Records, driven there in a van by Neil Aspinall. The Beatles perform 15 songs for their first audition before a major record company, Decca Records; Mike Smith, Decca A&R man, auditions them at Decca's Hampstead studios, London, along with another group, Brian Poole and the Tremoloes. (The other group is subsequently signed by Dick Rowe, Mike Smith's superior - The Beatles are not.)

JAN 2/3  Music critic of the Liverpool Echo, Tony Barrow (known as "Disker"), mentions the possibility of The Beatles recording for Decca, the first printed notice about The Beatles. 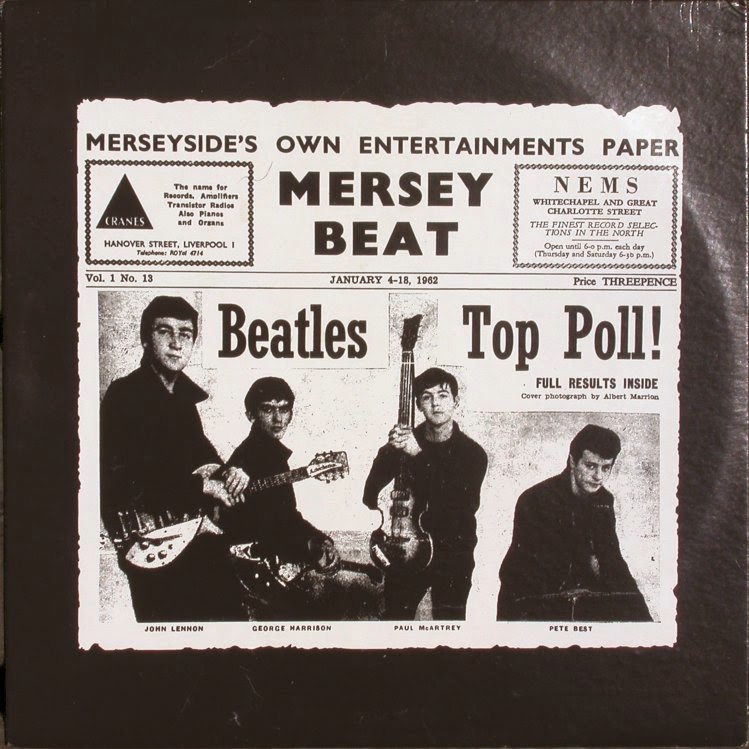 In 1962 Brian Epstein first writes to "Disker," music critic of the Liverpool Echo - Tony Barrow, later The Beatles' senior press official - after Barrow's paragraph about the possibility of The Beatles recording for Decca appeared.

JAN 10   Beatles perform at The Cavern, part of an evening show with The Strangers and Gerry and The Pacemakers.

JAN 12   The Beatles perform during an evening show at The Cavern, along with Mike Cotton's Jazzmen.

JAN 17 The Beatles perform as part of an evening show at The Cavern, along with The Remo Four and lan and The Zodiacs.

LATE JANUARY-MARCH
Sometime during this period, before their turndown by Decca, The Beatles play their first engagement as artists contracted by Brian Epstein at the Thistle Cafe in West Kirby, ten miles from Liverpool.
FEBRUARY
Stu Sutcliffe again collapses in Hamburg, returns to his room and remains there writing, drawing and enduring headaches and temper tantrums. 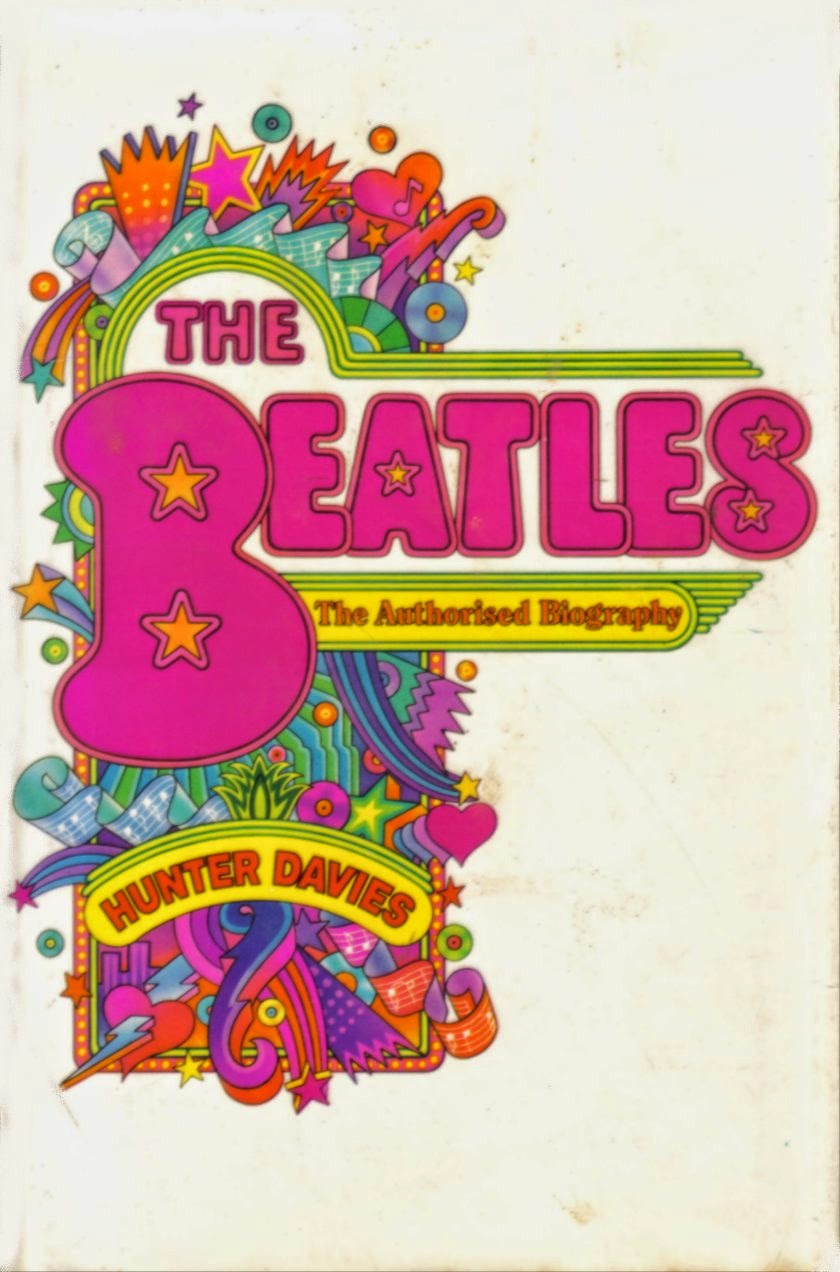 FEB 3     The Beatles perform in an evening session at The Cavern, along with Gerry and The Pacemakers and The Saints Jazzband.

FEB 24   The Beatles perform as part of an all-night session at The Cavern, along with four other groups.

FEB 28   The Beatles perform at an evening session at The Cavern, along with The Searchers, and Gerry and The Pacemakers.

LATE FEBRUARY-EARLY MARCH
The Beatles perform at the BBC's Playhouse Theatre, Manchester.
MARCH
Decca Records turns down Brian Epstein and The Beatles after reviewing the audition tapes made on January 1, executive Dick Rowe tells Brian Epstein that groups of guitars are on the "way out."
[extract from The Beatles: A Day In The Life (The Day-By-Day Diary 1960-70) by Tom Schultheiss.Omnibus Press 1980. p28-29]
.
This post consists of FLACs and MP3 (320kps) ripped from my Yellow Dog CD Bootleg and includes full album artwork, along with a multitude of photos when the Beatles were called the The Silver Beatles.
Alternative covers and pictures of original LP releases are also included.. Not bad for 1962 I must admit.
But how wrong were Decca for turning them down - I'm sure they've been kicking themselves ever since !
.
Track Listing 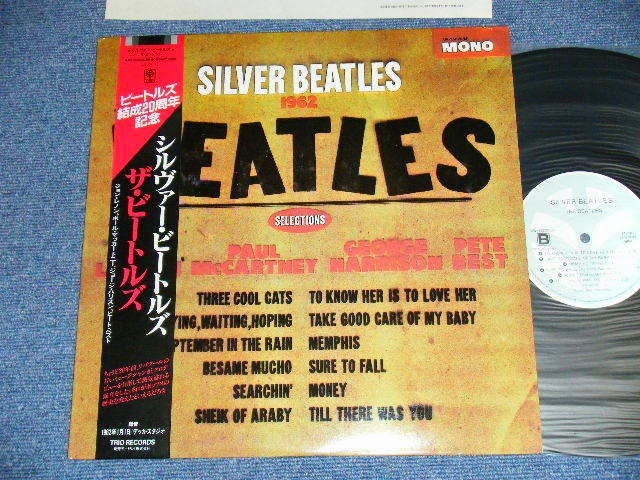 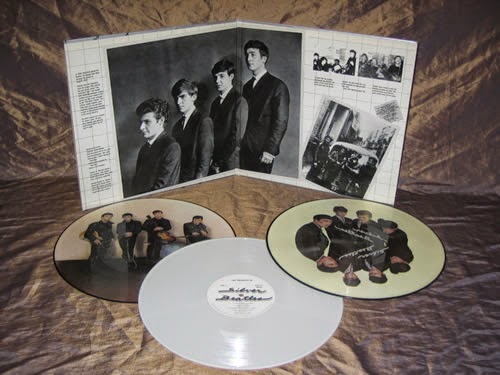 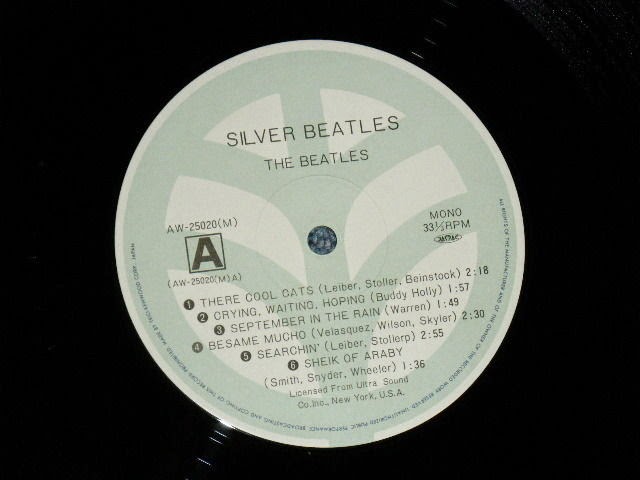