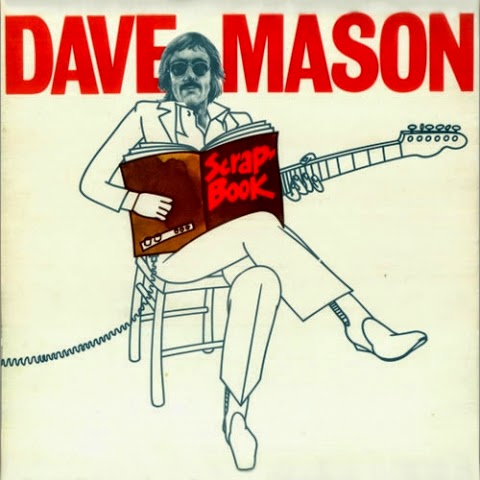 Dave Mason was born in Worcester, England, in 1946. As a teenager he began to sing and to play the guitar, performing frequent gigs in Worcester with The Jaguars and The Hellions. In addition to Dave Mason, the youthful membership of The Hellions also included Jim Capaldi, a local musician who had ability as both a drummer and a vocalist. Dave Mason and Jim Capaldi later became acquainted with Steve Winwood, a young singer, keyboardist, and guitarist who was the star of The Spencer Davis Group ("Keep on Running," "Gimme Some Lovin'," "I'm a Man"), and in 1967, together with Chris Wood, a musician from Birmingham who played flute and saxophone, they all committed themselves to the formation of Traffic.
The first single to be recorded by Traffic, "Paper Sun" (released on Island Records in May, 1967) featured the sound of Dave Mason playing the sitar (in common with George Harrison of The Beatles and Brian Jones of The Rolling Stones), and was a hit in the United Kingdom. Their second single, "Hole in My Shoe" (released in August, 1967), which Dave Mason wrote and sang, did even better, and still is 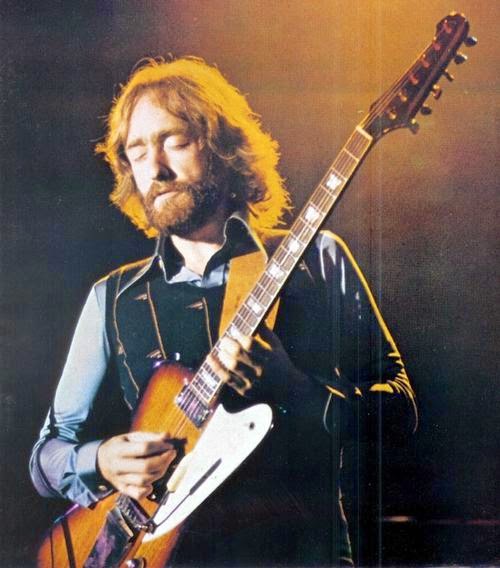 remembered as one of the foremost British hits of that year. 'Mr. Fantasy', the first album by Traffic, included three further tracks that were written and sung by Dave Mason ("House for Everyone," "Utterly Simple," and "Hope I Never Find Me There"), but he had removed himself from the band by the time the LP was released at the end of 1967.
After leaving Traffic, Dave Mason recorded a single on his own, "Little Woman," which was released in the early part of 1968. He also played acoustic guitar on Jimi Hendrix's recording of Bob Dylan's "All Along the Watchtower," and produced the first album by Family, 'Music in a Doll's House'. Later in 1968, he returned to the fold, providing a handful of tuneful songs for Traffic's second album, 'Traffic'. "You Can All Join In," "Don't Be Sad," and "Cryin' to Be Heard" were excellent tracks, showing off Dave Mason's abundant talents, but the one song that truly stood out was "Feelin' Alright?" Joe Cocker covered "Feelin' Alright?" with great effectiveness in 1969, and it has since established itself as one of the most durable standards in rock'n'roll. Nevertheless, Dave Mason's second stint as a member of Traffic was even shorter than his first, and by October of 1968, he was out of the band again.
. 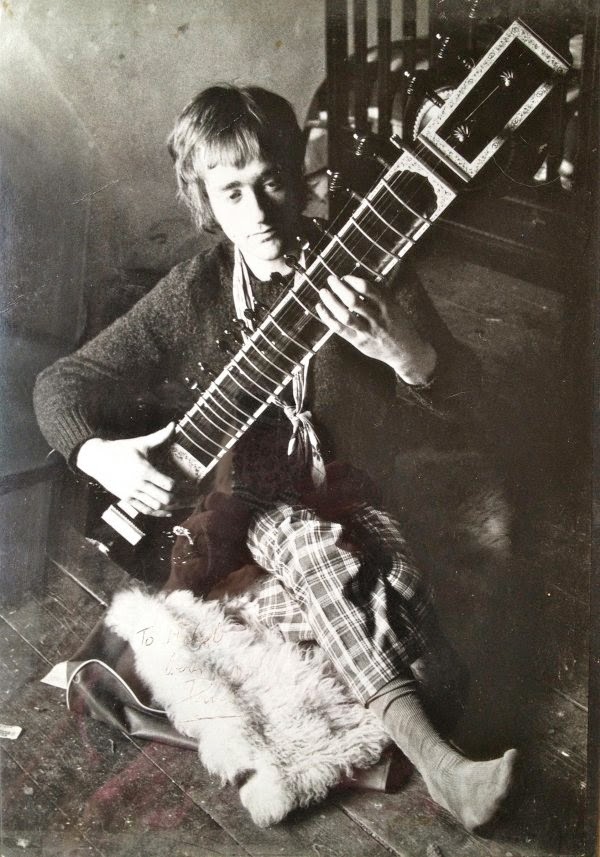 Dave Mason did not remain idle after his second departure from Traffic. In 1969, he toured as a member of Delaney and Bonnie and Friends (along with George Harrison and Eric Clapton), and in 1970, his first album, 'Alone Together', featuring contributions from Jim Capaldi, Leon Russell, Delaney and Bonnie Bramlett, Carl Radle, Jim Gordon, Jim Keltner, and many others, was released on Blue Thumb Records. 'Alone Together' displayed Dave Mason's full abilities at their musical height, with songs such as "Only You Know and I Know," "Shouldn't Have Took More Than You Gave," "World in Changes," and "Look at You Look at Me" receiving repeated airplay on FM radio. Also in 1970, Dave Mason briefly served as an early member of Eric Clapton's new band, Derek and The Dominos.
In 1971, Dave Mason recorded an album with Cass Elliot of The Mamas and The Papas (Dave Mason and Cass Elliot, released on Blue Thumb Records), but their fruitful partnership was short-lived, and he soon
was back to pursuing his own path in music, although he did return to Traffic for a third time, taking part in a string of performances in England that resulted in the release of a live album, 'Welcome to the Canteen'. When Dave Mason (with The Pointer Sisters, three young women from the nearby city of Oakland, as his backup vocalists) appeared at Winterland in April, 1972, he had stepped out of the shadow of Traffic
and was in high demand as a performer, being warmly regarded as one of the best musicians, and one of the best songwriters, of the period. [extract from sweetylovefashion.blogspot]
. 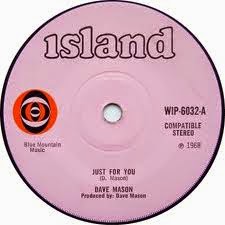 .Single: Just For You / Little Woman
Released 1968 on Island Records
Some folks will remember Dave Mason's song "Just For You" from it's inclusion on the fragmented 1969 Traffic album "Last Exit". In fact this was not a Traffic song at all but the topside of a splendid solo single released by Mason in 1968. It might just as well have been a Traffic single as it carries the group's trademark sound. "Just For You" is an infectious pop single that had hit written all over it, the song features bright guitar chords a propulsive bass riff combined with Mason's pleasing vocals, Traffic instrumental whiz Chris Wood also supplies attractive flute. A great single that deserved to hit big but somehow slipped thru the cracks.
The flipside "Little Woman" is kinda obscure it's only other appearance was on Dave Mason's "Scrapbook" album. This song is a raga-rock masterpiece that recalls Mason's trippy excursions on the first Traffic album and his work on the first Family album..
. 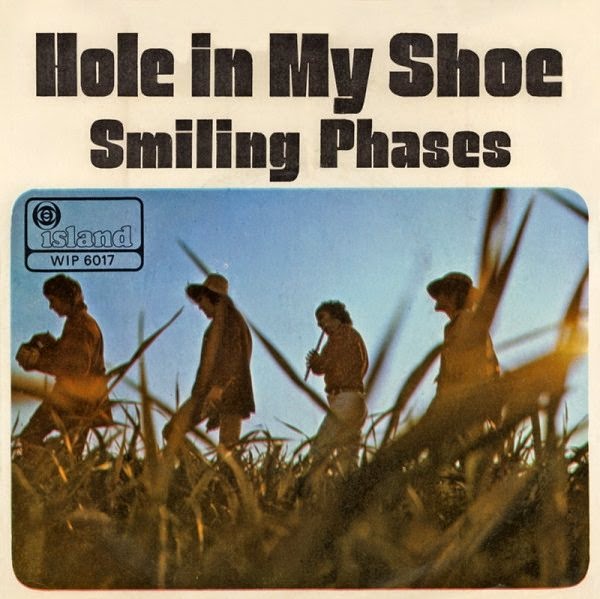 Single: Hole In My Shoe / Smiling Phases
Released in 1967 on Island Records
"Hole in My Shoe" was a single by English rock band Traffic which as a single release reached number 2 in the UK Singles Chart and number 22 in the German charts, in 1967. This psychedelic song was written by Traffic's guitarist Dave Mason, who played sitar on the track. Depending on your state of mind, you might find some weighty meaning in the song, but Mason says he was just writing down random thoughts in the style of a nursery rhyme. He also insists that he hadn't tried LSD when he wrote it.
Mason has since revealed "That's the first song I ever wrote. It was my first attempt at songwriting. I mean, that stuff I did back then, when I listen to it, I cringe and realize I need to work on writing. But writing comes out of living. You have to have something. Dave Mason tells us that this song was "the beginning of the end as far as the other three guys were concerned for me." The band's second single (after "Paper Sun"), it was a the biggest UK hit for Traffic, but it wasn't what Mason's bandmates had in mind, since they didn't think it represented their sound.
Steve Winwood explained to The Sun June 26, 2008: "We never wanted to be a pop band but we had a hit with 'Shoe,' which was Dave's song. Dave had his own idea about the band, the rest of us had another one - a not-quite-as-sensible one, really, because it wasn't half as commercial."
Mason quit the band soon afterwards and Traffic began to develop a less commercial sound, which put an end to their run of hit singles in the UK. However their new material proved popular on American Rock stations and it gave the band a second wind across the Atlantic.
.
This post consists of MP3 (320kps) ripped from my vinyl (acquired sometime ago at an Opp shop) and contains full album artwork. Note that this Australian release is a single LP release, unlike its European and U.S counterparts that were double album releases. I'm unsure why this was the case and can only assume the distributor 'Festival' decided that releasing a double LP was too risky for an artist who's name may not have been well known (although 'Traffic' certainly was).
Most of the tracks on this Best Of compilation originate from Mason's association with Traffic, with just a few tracks being sourced from his earlier two solo albums.
Mason's inclusion of the Sitar on some of these tracks demonstrates his versatility as a musician, but somehow seems like a cash in on what George Harrison had already achieved during his Beatles era.
.
Track Listing 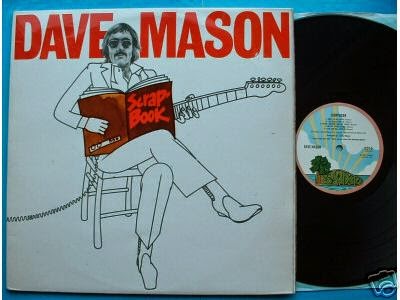