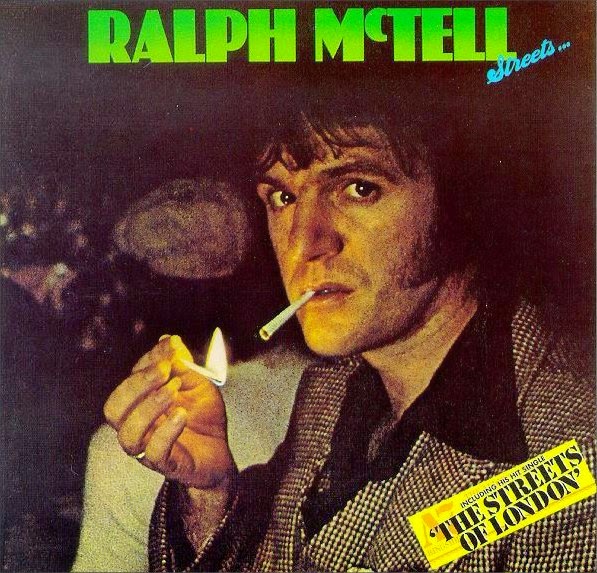 Although he's best-known for his classic folk song staple "Streets of London," which first appeared on his 'Spiral Staircase' album in 1969, Ralph McTell is a multi-dimensional guitarist and singer/songwriter who's influenced hundreds of folk singers in Great Britain, Europe, and the U.S. Fortunately, people in the U.S. and Europe are beginning to connect to his vast body of excellent original work, and not just "Streets," which has been recorded more than 200 times by artists as diverse as Bruce Springsteen, Aretha Franklin, and even the angry punk group Anti-Nowhere League, and is still McTell's most requested song.

McTell, named Ralph May, was raised in post-WWII London with his mother and a younger brother. His father left home when he was two. He began to show musical talent when he was seven, when he began playing harmonica. When skiffle bands became all the rage in England, Scotland, and Ireland, he began playing ukulele and formed his first band. Later in his teens, he began playing guitar. 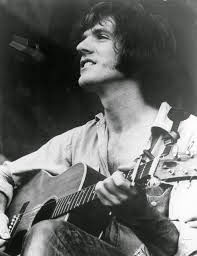 At the College Jazz Club in London, McTell first heard Ramblin' Jack Elliott sing Jesse Fuller's "San Francisco Bay Blues." Elliott's performance proved to be a revelatory experience for the shy, young, impressionable McTell. He took his earliest cues from the great blues and folk singers: Elliott, Woody Guthrie, Leadbelly, Blind Boy Fuller, Blind Blake, Robert Johnson, and Blind Willie McTell. He took his adopted last name from blues singer McTell, and his songwriting inspiration from the writings of Jack Kerouac and John Steinbeck. After a few years hanging around London, he took off to travel along the south coast of England and the rest of Europe, where he made his way around hitchhiking and busking. While busking around Europe, he met his wife Nanna; shortly thereafter, they had a son.

McTell tried a conventional career as a teacher, but continued playing the folk clubs around London. He began a long tenure at Les Cousins in the Soho section of London and there he began to make a name for himself. A music publisher was so impressed by McTell's early songs that he secured a recording deal for him. His first album, Eight Frames a Second, was released on the Transatlantic label in 1968. With a gentle voice, superb guitar playing skills gleaned from his days as a ukulele player, and a level of modesty that showed through on-stage, McTell began incorporating his own songs into his live shows, which were mostly blues in those days. By July 1969, he was booked at the Cambridge Folk Festival, and in December of that year was headlining his first major London concert at Hornsey Town Hall. By May 1970, McTell completely sold out the Royal Festival Hall and was booked to play the Isle of Wight Festival alongside Jimi Hendrix and Bob Dylan. He made his first U.S. tour in 1972 and returned to London to sell out the Royal Albert Hall in 1974, the first British solo act to accomplish such a feat in 14 years. 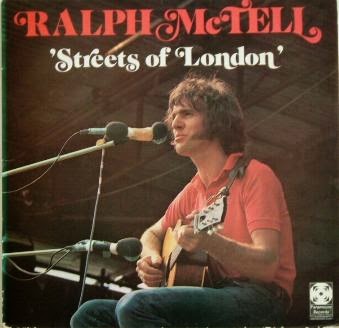 The third song he ever wrote, "Streets of London," was something he deliberately left off his debut album, but at a producer's insistence, he included it on his second album for Transatlantic, 'Spiral Staircase'. After the song was re-recorded in 1974 as a single for Reprise/Warner Bros. it became a huge world-wide hit. The song reached number two on the British charts, and in Germany, there were four different versions of the song on the charts at one point, three by McTell and one by a German singer.

The pressures of world-wide success temporarily became too much for the shy, reserved McTell, and in the spring of 1975, he announced his intention to quit touring and withdraw from the music business for a while. He came to the U.S., where he relaxed and wrote songs in relative anonymity for a year before going back to the U.K. to play a Christmas benefit concert in Belfast. He continued recording for Warner Bros. in the '70s, releasing 'Right Side Up' in 1976, 'Ralph, Albert and Sydney' in 1977, and 'Slide Away' the Screen in 1979. For most of the '80s, he spent his time touring and working on a children's television show called Alphabet Zoo, which led the TV network to create a show especially for him, Tickle on the Tum, and both programs introduced McTell to new generations of fans. 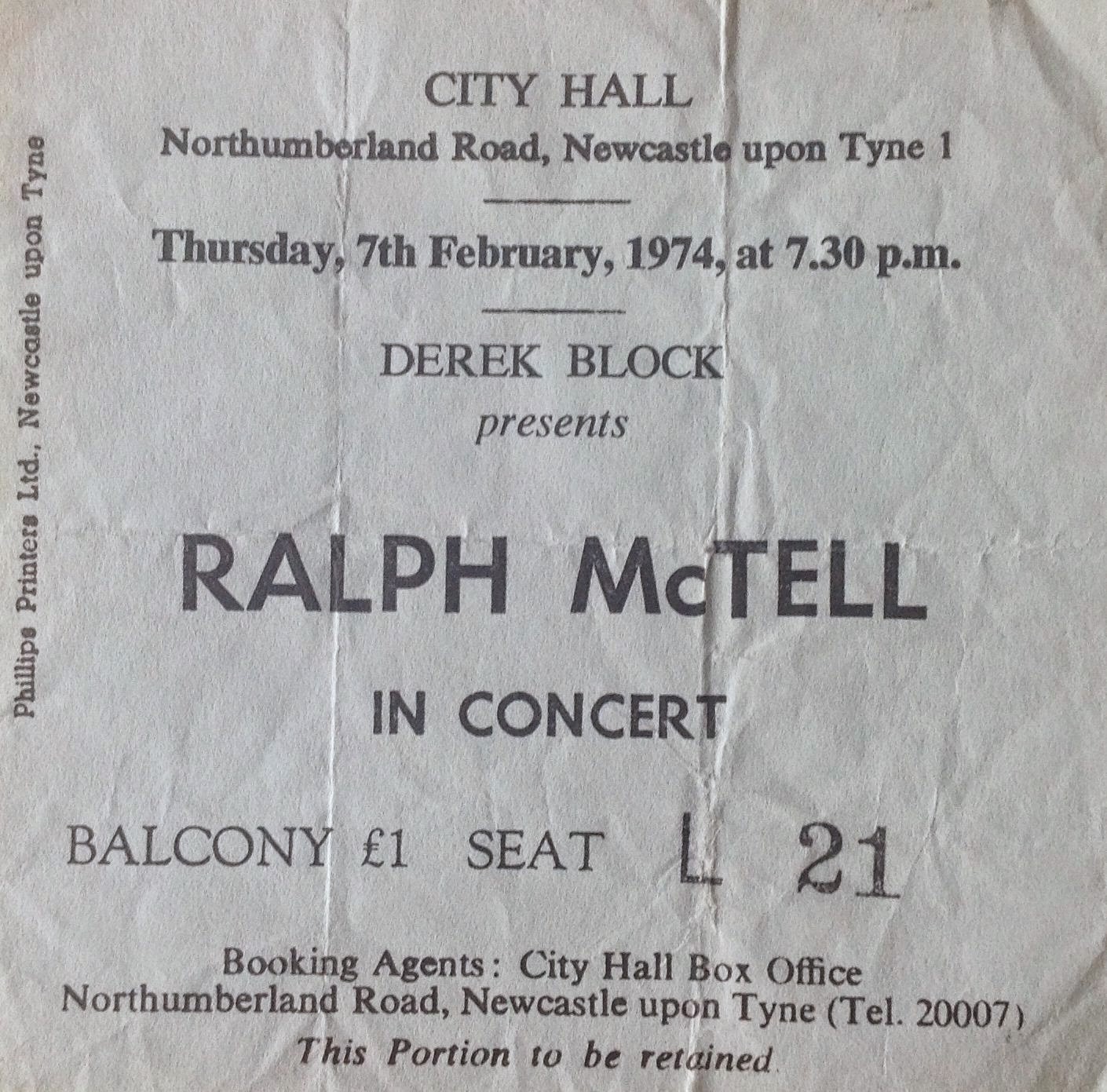 In 1995 and 1996, McTell returned to the U.S. and performed a series of sold-out shows on the East Coast, and his visibility in the U.S. may have been helped along by Nanci Griffith's decision to record one of his songs, "From Clare to Here," on her Grammy-winning Other Voices, Other Rooms album.

McTell's discography is very extensive and demonstrates his commitment to his craft as a songwriter. Though many of these albums are hard to locate, they're well worth seeking out, most originally recorded for Transatlantic, Reprise/Warner Bros., or Mays.

In 1992, he recorded an ambitious project about the life and times of poet Dylan Thomas, The Boy with a Note, released on Leola Music; recently, the U.S. has seen the Stateside release of From Clare to Here (1996), a U.S. release of 'Silver Celebration', and 'Sand in Your Shoes' (1998). 'Blue Skies Black Heroes' appeared the following year.  [bio by by Richard Skelly]
.
This post contains MP3 (320kps) files ripped from a recently acquired vinyl copy which has been in the possession of someone who certainly looked after their records. Also included is full album artwork, featuring a gatefold with lyrics and a bonus B-Side single to Streets Of London called "Summer Lightning"  The one thing that attracted me to this album is the re-recording of his 1969 single "Streets Of London" which features the inclusion of harmonica and back singers, and is probably the version that most people have heard. To hear his original 'raw' version of the song, see my earlier posting of Spiral Suitcase.   Having said this, the remaining tracks on this album are still strong in comparison and I was pleasantly surprised when I heard this album for the first time. Ralph McTell is certainly not a one-hit-wonder and he is a very talented artist and composer. This album comes highly recommended.
.
Track Listing 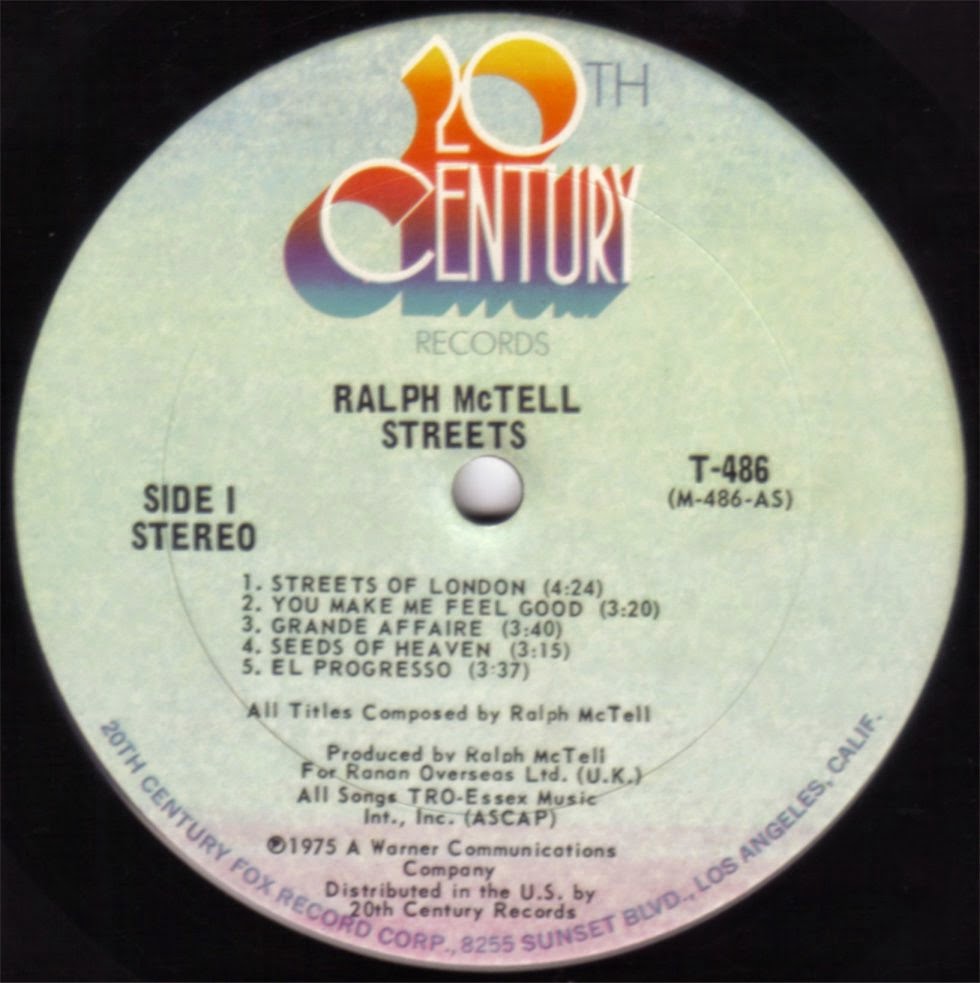 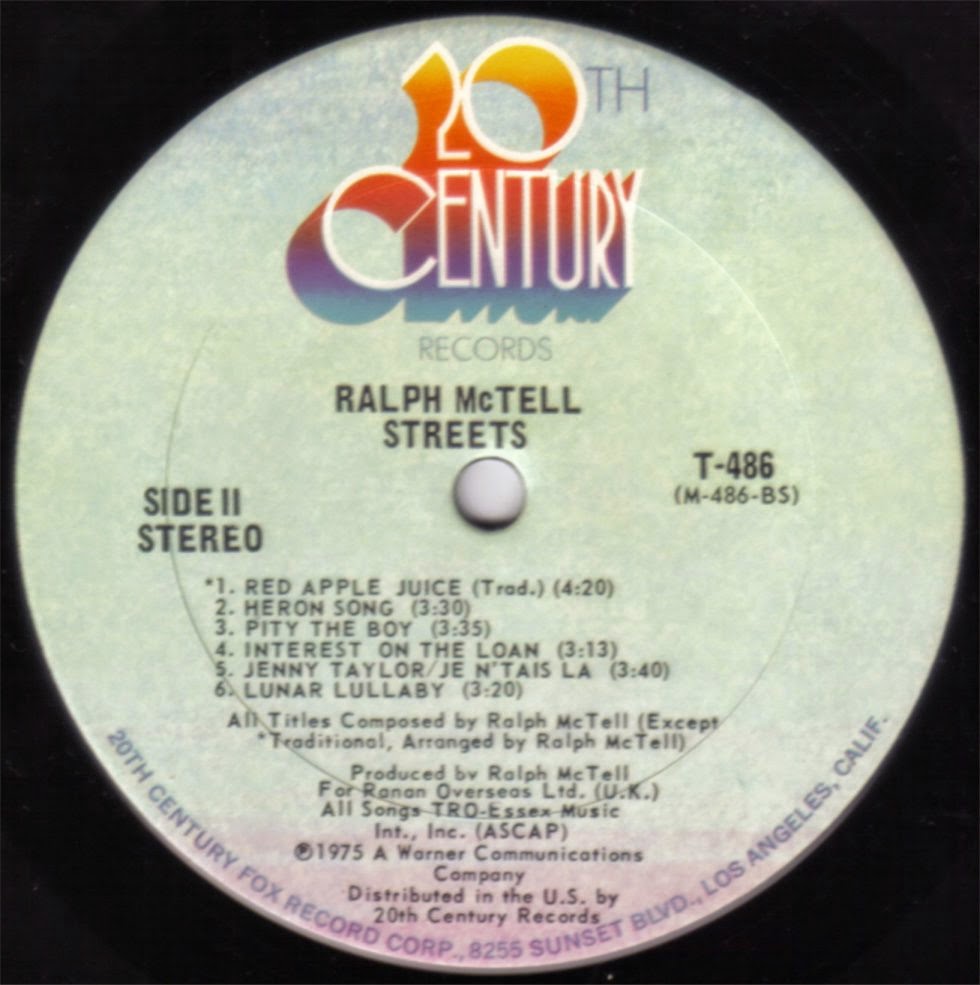