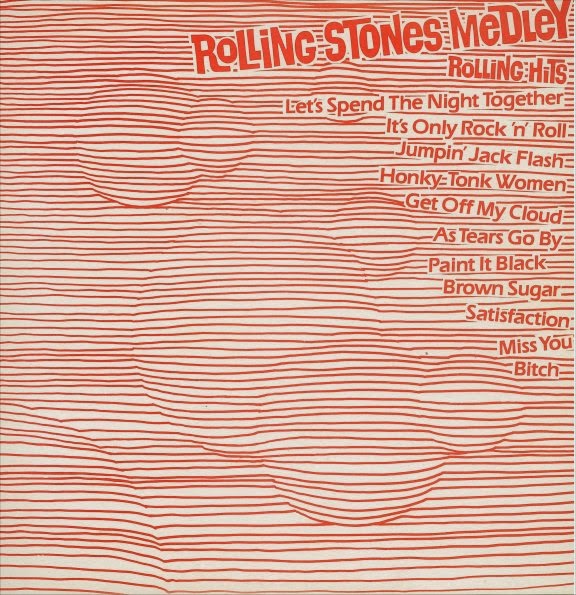 SOME STONES MYTHS
A band that has had as long and as colourful a career as the Stones will have accrued their fair share of stories, myths and legends. Here are just some of the erroneous (or are they?) stories surrounding the band.
.
1.  OTIS REDDING WROTE SATISFACTION
Strip away the fuzztone guitar riff of 'Satisfaction' and take the edge off its snarled lyric and you have a stomping soul number the type of which proliferated on the Stax label in the mid-1960s. Perhaps it was this then that caused the Toronto Telegram to declare in February 1968, a couple of months after Stax artist Otis Redding's death in a plane crash, "It's High Time The Stones Acknowledged This Debt". The headline appeared over a story that alleged that the band had remained "stubbornly and disgustingly silent" about the 'fact' that they had bought the song off Redding for $10,000 when they had visited Memphis and heard him cut the track. The only shred of truth in the story 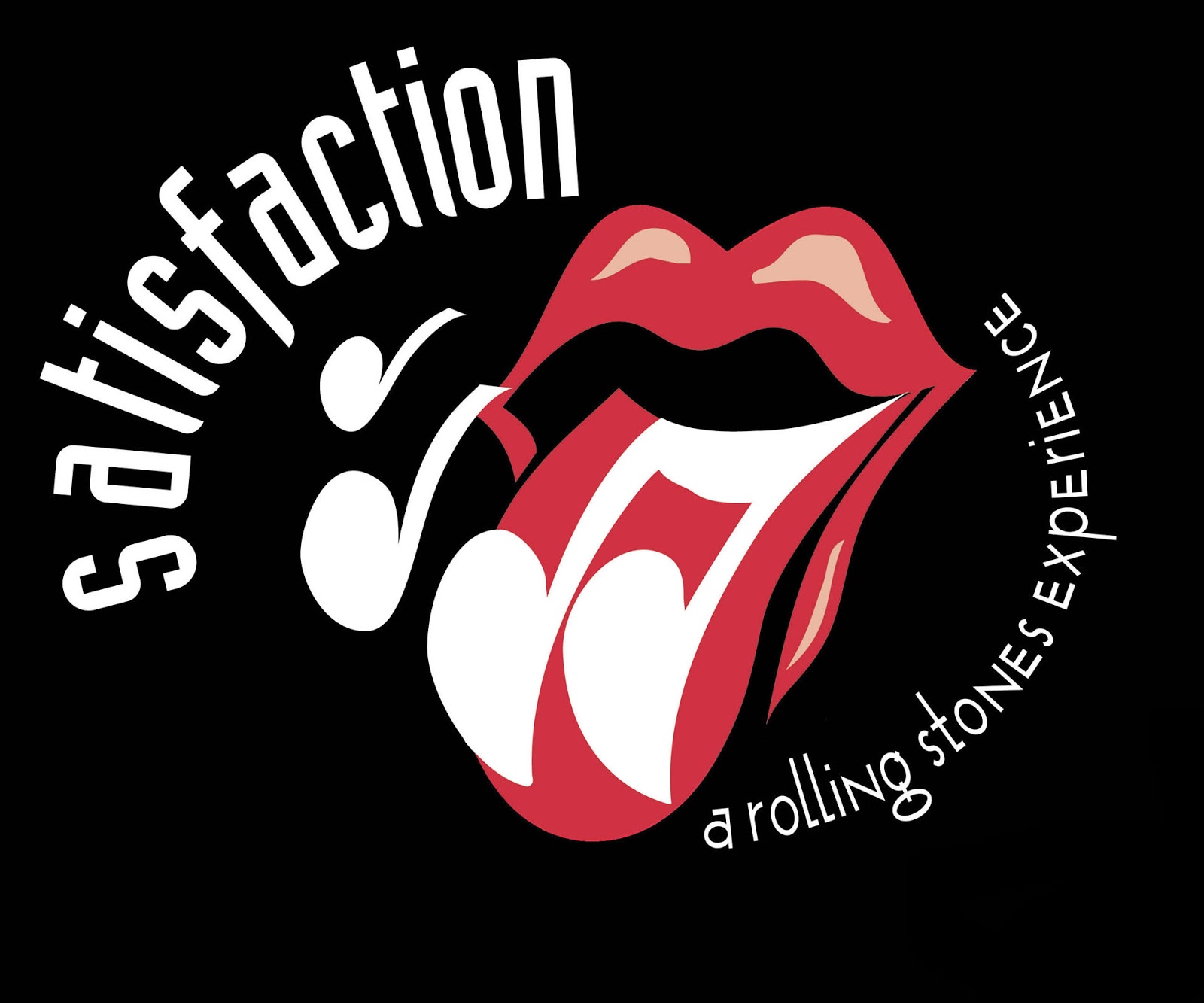 was that Redding had recorded 'Satisfaction' - although as Steve Cropper (Redding's guitarist, who played on the track) pointed out, not until the Stones version had hit the store. "The story that Otis originally wrote 'Satisfaction' is completely false," Cropper said. The progress of the crusading journalist who wrote the story towards the Canadian equivalent of a Pulitzer Prize is not known.
.
2.  THE KEITH RICHARDS BLOOD TRANSFUSION RUMOUR
Whereas Tony Sanchez did much to scotch the Mars Bar rumour, he was chiefly responsible for the legend that, in 1973, Richards
- anxious to be 'clean' for an upcoming tour but unable to take the time to wean himself off smack - 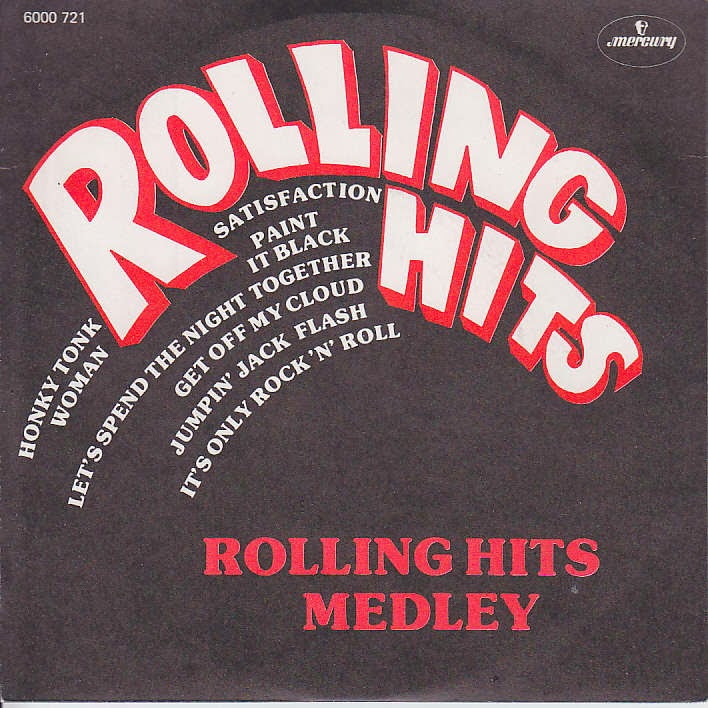 undertook a little-known rich addict's cure involving the wholesale replacement of his blood with that provided by a donor or donors. It's been repeated over and over in newspapers since whenever the Stones are touring and some juicy copy is required. Harry Shapiro of the charity Drugscope says, "It's rubbish. Drugs like heroin and coke wash out of the system in 24-48 hours. Detoxifying is not that much of a problem so long as you can deal with the withdrawals - it's staying off that is the issue - and that needs therapy, not a blood transfusion." Richards himself has also denied it. And yet... there is something convincing about the way Sanchez relates the story in his book, explaining that Marshall Chess - who had apparently taken the 'cure' before - told Richards of it, going into detail about the doctor who arranged it, the Swiss clinic at which it supposedly took place, the cost, the events surrounding it (including Richards' offer to pay for a cure for Sanchez, which he declined, fearing needles) and the way the cure gave Richards a cavalier attitude about getting hooked again, his reasoning being that it didn't matter because he now had a quick way of cleaning up any time he liked.
.

3.  MICK'S CROTCH
How deliciously daring it was in 1971 to buy an album whose cover consisted of a life-size (these were 12-inch sleeve days) bejeaned male loin region with a real zip that pulled down (or, in fact, went up - to prevent damage, the zip had to be down when shipped to the stores so that its weight when stacked would be on the record label, not the vinyl). The descended zipper revealed a man's occupied pair of underpants. Naturally, everybody assumed it was Mick Jagger - at that point the biggest male sex symbol in rock - that was bulging in their faces. In fact, it is believed to be one of Andy Warhol's cinematic 'Superstars' named Joe Dallesandro (immortalized as Little Joe in Lou Reed's 'Walk On The Wild Side'). The model for the inner picture - who was noticeably less well endowed - is believed to be another Warhol acquaintance named Jed Johnson.
. 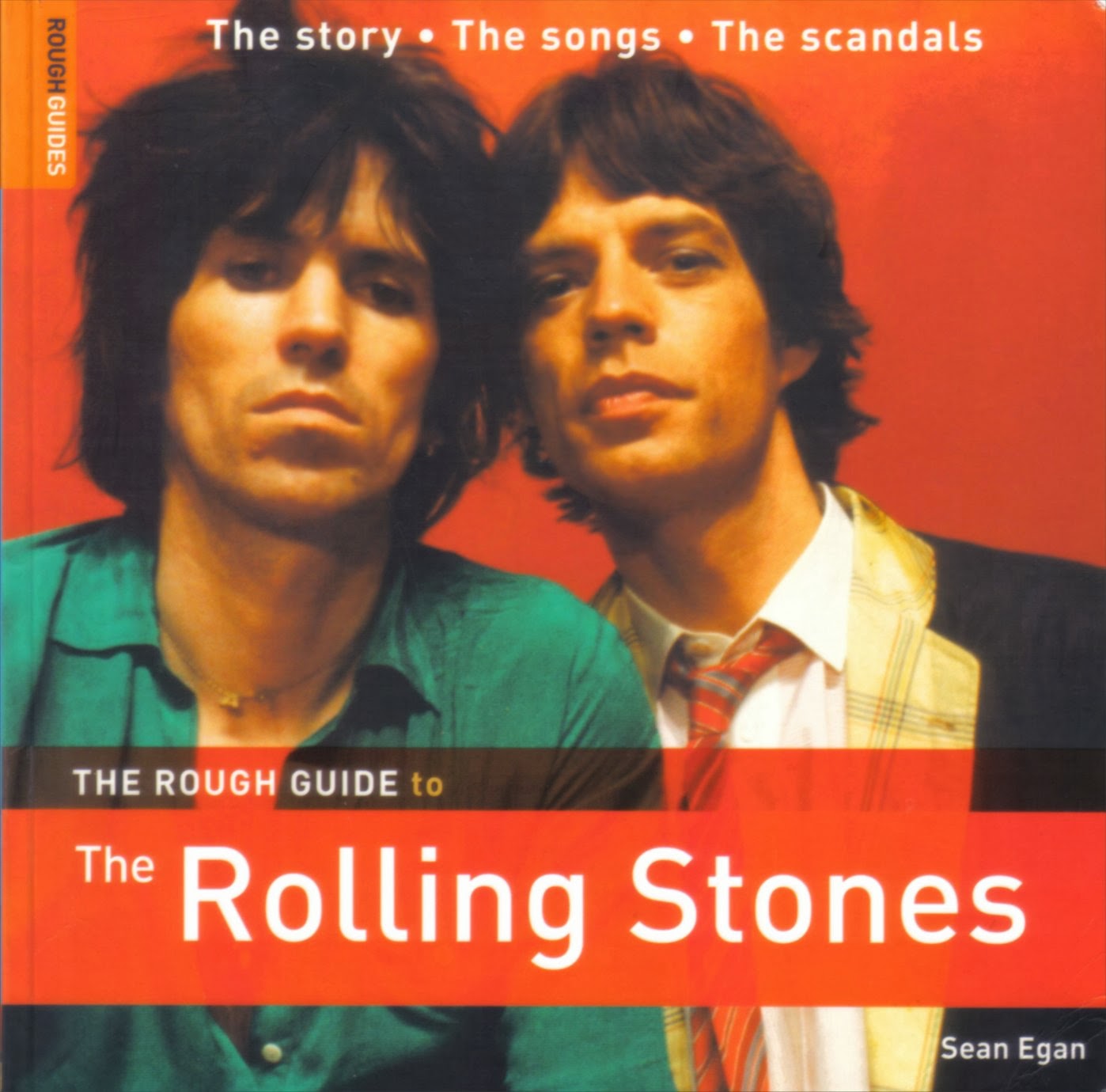 4. THE MARS BAR INCIDENT
The 1967 drugs trial of Jagger and Richards gave the popular press a field day of scandal (supposed role models taking drugs) and sex (surrounded by men, a mystery woman was wearing only a rug). However, the most salacious gossip emanating from the trial did not see print, but instead was a true underground rumour, passed by word of mouth until virtually everyone in Britain had heard of it. This was that, when the police burst in that fateful night, they had found Jagger eating a Mars bar from the vagina of Marianne Faithfull (who was the woman in the rug but referred to only as 'Miss X' in press reports). Faithfull herself has denied it. Though Faithfull sometimes seems confused about details (in her autobiography she says Let It Bleed is her favourite Stones album and then proceeds to cite tracks from that and Beggar's Banquet and Sticky Fingers) she is hardly one to be anything less than candid about events. Even Tony Sanchez - whose book is a mine of dirt about the group - says it didn't happen. He wrote that, at the Jagger and Richards trial, "in a bar during a lunch break, two senior police officers gulped down bottles of beer with crime reporters and sniggeringly told "lewd and grossly exaggerated stories about Marianne's behaviour at the time of the raid... and a totally false and malicious rumour was begun which Marianne has never quite managed to live down." [sourced from 'The Rough Guide To The Rolling Stones', by Sean Egan. 2006  p294-296]
.
This month's WOCK on Vinyl post features a rather Obscure 12" Single Medley of  Rolling Stones Hits (or 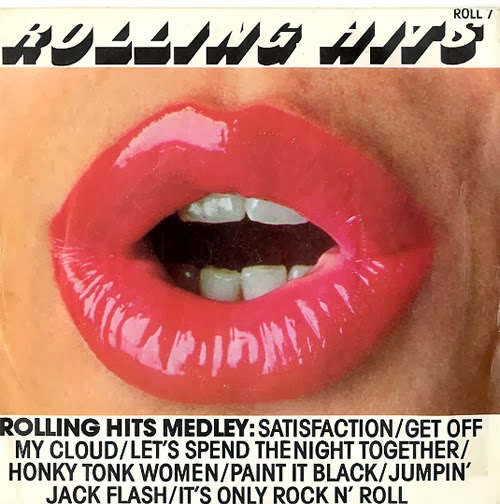 rather a Stars on 45 rendition) that was released in 1981, during a time when Stars on 45 party mixes were being released for the more popular bands of the time (ie. Abba, Beach Boys, Bee Gees). This 6 minute Stone Fest features some of the most popular Rolling Stones hits like "Satisfaction", "Jumpin' Jack Flash", "Honky Tonk Woman" and 8 others, all cleverly blending into one another.
The B-Side is a huge disappointment however, with a pointless track by Haim Saban called "Gonna Catch You" and should have been another Medley (Part B) featuring some of their other big hits like "Gimme Shelter","Little Red Rooster" and "Sympathy For The Devil" which were not included on Side A.
Anyhow, I hope this Rolling Stones medley really Wocks your socks off and ya like it !
Also included with the MP3 (320kps) music files are some alternative covers from releases in Germany and the UK, along with my own record scans and covers.
.
Medley Track Listing: 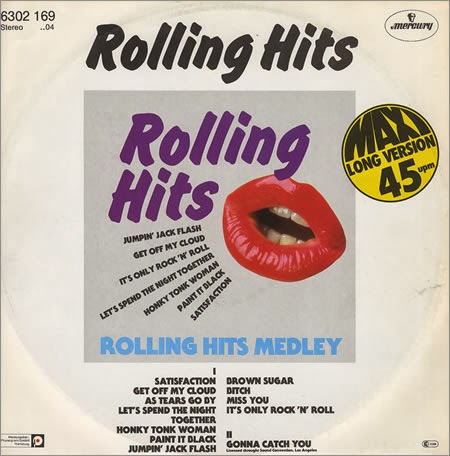