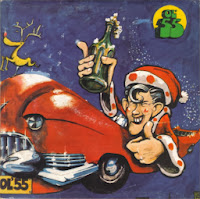 Ol’ 55 is a retro-fifties band from Sydney, Australia, formed in 1975. OL’55 enjoyed enormous popularity with a style that bordered on parody. The band took its name from the Tom Waits song (as covered by The Eagles).

The rock band Ol' 55 had some memorable top 40 hits when they first burst onto the scene in the mid 1970s then they went off the boil when Frankie J. Holden left to go solo. By the time they finished up they were recording sound-a-like medleys of oldies a bit like the Stars On 45 people.... 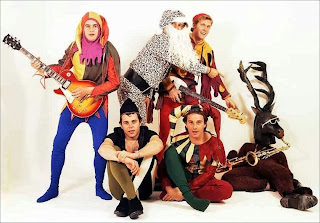 "(I Want A) Rockin' Christmas" came out in 1976 and was still on the play lists in January 1977 when it was yanked because that's when Christmas hits are supposedly removed from radio play lists....it was done so when still at number one in Melbourne. In fact, it was number one for almost 7 weeks before it was dropped.

A version of the song has been released on CD, on a Festival collection called "Spin Into Christmas" but the version on CD is a remixed longer cut. The CD mix is from the Russell Crowe movie "The Sum Of Us" and was remixed by the original producer Charles Fisher. The original single was also 22 seconds shorter and had less bass.
.
Here for download is the original single version sung by Frankie J. Holden also starring Rockpile Jones and Wilbur Wilde. It was written by bassist Jim Manzie and Glenn A. Baker (manager). The B-Side "Little Saint Nick" was written by Brian Wilson and is an adaptation of the Beach Boy's "Little Deuce Coupe" [extract from Tom Music Mix with thanks].
. 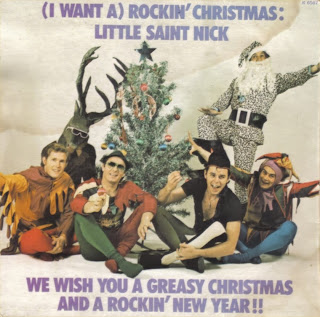 As usual, I'm posting the December 'WOCK on Vinyl' a little earlier this month to coincide with Christmas Day and of course the C in WOCK is for Christmas Cheer.  Post consists of MP3(320kps) and includes full artwork and label scans.
.
I would like to wish all of my wonderful blog followers (and visitors) a Very Merry Christmas and trust that you will take care when travelling during the Festive Season. May your Santa stockings be filled with lots of treats and especially with loads of Aussie Music CD's (please support our local artists)
.
I Want A Rockin' Christmas Link (64Mb)