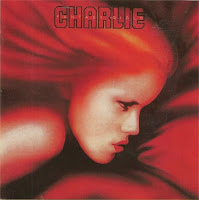 Recently, I posted Charlie's 1983 Selftitled album, which featured their hit single "It's Inevitable" and consequently, received a request by a blog follower Vergervc to post their first album 'Fantasy Girls' from 1976.  I have therefore decided to make this my first post for October, and in future will  post any other requests I receive, at the start of each month.
.
Charlie was a British rock band that was formed in 1971 by singer/songwriter Terry Thomas. The group was most active as a recording unit from the mid-1970s through 1986. Charlie never charted in their home country, but had four minor hits in the US: 1977's "Turning To You"; 1978's "She Loves to Be In Love"; 1979's "Killer Cut" and 1983's "It's Inevitable".
.
The band was briefly called "Charlie Cuckoo" (after a racehorse), but soon became known simply as "Charlie".  The band debuted as a recording act in 1976, with the album 'Fantasy Girls'. They toured the UK in the spring of 1976 as support act to the Dutch progressive rock band Focus to promote the album. Their second album, No Second Chance, began the practice of featuring a photograph of a female model as the album's cover. "Turning To You", off that album, became Charlie's first chart hit, peaking at US #96.
.
Charlie had a more substantial hit in 1978 with "She Loves to Be In Love," which peaked at #54 in the United States. The following year, the band again had a minor hit with "Killer Cut", which rose to US #60.
Julian Colbeck, who had replaced Martin Smith after the first album, departed four albums later in 1980 amid some turmoil. He writes, "Finally, the touring band line-up of Terry Thomas, John Anderson, Eugene Organ, Steve Gadd, and myself ceased operations once Arista refused to release Here Comes Trouble, and our caring, sharing management company immediately cut off all our money in 1980. That's a whole other story but, for the record, our final gig was in 1979 at the Civic Center in Providence, Rhode Island on Monday 29 October, alongside Foreigner." Thomas commented "Arista our new label in the U.S. wanted more songs - our company in the UK - Trident Audio Productions - refused to put us in the studio or spend any more money. The UK record company - Polydor - wouldn't release it until it had a U.S. release. Effectively Charlie had no record label and no money to live on. Eugene and Julian decided to leave." 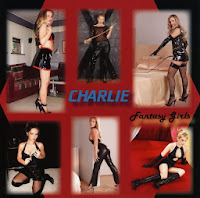 In 1982, Terry Slesser joined the group as new lead singer, while Thomas, still a member of the band, began concentrating more on the instrumentation. In 1983, the group had their most successful hit single, "It's Inevitable", which peaked just inside the US Top 40 at #38. The MTV music video featured a rousing pie fight. The accompanying self-titled album was a flop, however, and the band folded.
.
In 1986, Thomas resurrected the band with a new crew and released In Pursuit of Romance. Thomas writes, "This was basically a contractual album - Steve had gone off to work with Iron Maiden as a drum tech and John had a job in the telecommunications industry. I ended up making the whole album by myself - it put me in the hospital!".  After a long lay off, in 2009 Charlie released their first album of new material in 23 years, 'Kitchens Of Distinction'. The album began life as a Terry Thomas solo project, but as the finished product included contributions from Martin Smith and Julian Colbeck, the decision was made to credit the CD to Charlie.
Drummer Steve Gadd died on 27 March 2013, after a year long battle with cancer.
. 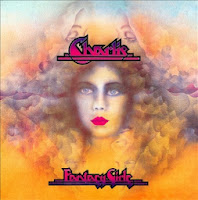 Album Review
The core of Charlie's sound is derived from veterans of such bands as Argent, Axe, and lead singer/songwriter Terry Thomas, so right away one who is familiar with the groups can derive what the group would sound like without even listening. But what's surprising about Fantasy Girls is the level of gloss that's thrown over a layer of raw rock grit. The guitars are compressed and the arrangements are quite similar to their contemporaries, specifically that of Boston (especially on "Miss Deluxe"), but the quality on this ten-song session is erratic at best and shows a group just starting to get its footing and identity together. To Charlie's credit, they take bits and pieces of their contemporaries and take only what really works, but when listened to as a whole, Fantasy Girls can be inconsistent but wonderful for those looking for no-frills rock & roll. [Review by Rob Theakston]
.
Post consists of an MP3 rip (320kps) taken from Vinyl and includes full album artwork along with the alternative European cover (see above).  My favourite tracks on this album are "Prisoners", "Greatcoat Guru" and "It's Your Life" with their catchy riffs, lyrics and extended guitar breaks.
.
Track Listing 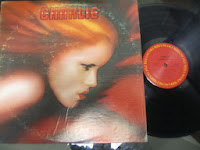