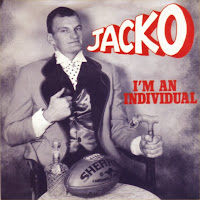 The reason why I've posted this novelty track for this month's WOCK On Vinyl, is because Footy Fever has just climaxed here in Melbourne with the AFL Football Grand Final (Freemantle v's Hawthorn - with the Hawks winning) and the Season finale of the Footy Show which show cases the dancing skills of our favourite footy players. So it only seemed logical to follow the hype with a novelty track released in 1985 by one of the craziest and yet talented players of AFL Footy, Mark "Jacko" Jackson.
As a football player, "Jacko" was a full forward of great potential. He started his senior career in the West Australian Football League with South Fremantle in 1979.  Then, after a short stint with Richmond, Jackson moved to the Melbourne footy club for the 1981 season. 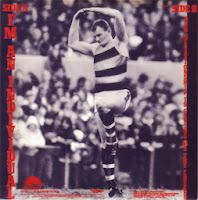 Here, despite having one of the strictest taskmasters and legends of the game in Ron Barassi as coach, Jackson released his bag of tricks on the Melbourne fans. One of the most famous was the handstand in front of the Hawks full back, Kelvin Moore. Moore told Jackson that he "wouldn't be a full forward while his arse pointed to the floor", so Jackson did a handstand to point it to the sky. He was also famous for twirling the ball on his fingers like a basketball and doing an impersonation of a ballerina to celebrate kicking a goal.
Jacko continued these antics throughout his football career, playing next at St.Kilda and then finally with Geelong. He ended his career with 308 goals from 82 games, leading his club's goal kicking on 3 occasions.
Now, don't you just love it when a celebrity, like a film or TV star, makes a pop record? Some are quite ok, usually they are tolerable, but at worst they can be unlistenable. (We're not naming names here Warrick!) 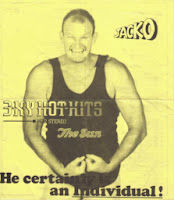 A special category should be reserved for sports stars who release records. With the exception of a couple, including Aussie indigenous boxer Lionel Rose whose efforts are widely respected, these records generally suck.
In Australia, footballers usually have larger than life personalities, but the idea of the larrikin footballer is dying out, with outrageous behaviour being frowned upon now. For my money, NRL (rugby league) personalities are just plain awful. The VFL/AFL ones are much more hilarious, but no less stupid than their NRL equivalents.
Enter Mark "Jacko" Jackson, former St Kilda, Melbourne Demons and Geelong AFL player. The man made a splash outside the field with a few records in the mid-80s. The biggest of which was "I'm an Individual" from 1985. 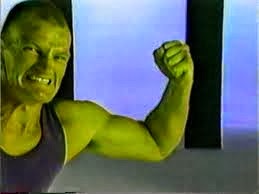 Jacko's follow-up "My Brain Hurts" was simply tragic. Although, that's nothing compared to musical travesty that is (Sydney Swans AFL player) Warwick Capper's attempt at a single "I Only Take What's Mine", which he released after "I'm an Individual" started heading skyward on the charts. But that was so bad that I wouldn't even consider posting that track here.
Later on, Jacko went on to great fame as the guy in the Energizer Battery advertisements, which were a stroke of larrikin genius back in the day.
A few years later he released another musical travesty, with the aforementioned Wazza Capper in tow; a techno track called "Rippin' Undies" which is so bad that even YouTube doesn't have the video for (thank heavens!!!) and Wikipedia doesn't even acknowledge it's existence. 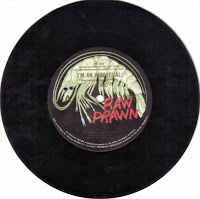 If nothing else, he kept us entertained for a brief few moments. Good on yer, Jacko.
.
Track Listing:
01 - I'm An Individual
02 - Our Relationship Is Giving Me The Creeps

* Released on the Raw Prawn label, this month's WOCK on Vinyl selection is nothing short of being a WOCK Lobster - and perhaps the C not only stands for Crazy but also Crustacean !

[various extracts taken from http://thesoundandthefurypodcast.blogspot.com.au with thanks]
.
Music & Artwork:  I'm An Individual Link (16Mb)
(MP3/320kps)
.
Posted by AussieRock at 9:18 PM