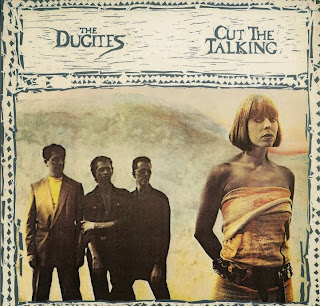 The Dugites formed in Perth in 1978 with a line-up of Lynda Nutter on vocals, Peter Crosbie on keyboards, Gunther Berghoffer on guitar, Phillip Bailey on bass and Clarence Bailey on drums. In 1979 The Dugites released a single "Hit Single"/"Bruce", and toured as the backing band for Dave Warner. The single had been self-financed, but that year they were signed by the now defunct Deluxe label. In 1980 Paul Noonan (ex-Dave Warner's from the Suburbs) replaced Phillip Bailey. Their first album 'The Dugites' was released in August 1980 and reached No. 22 on the Australian Album charts. It went on to attain gold status (35,000 copies sold). Three singles were issued from the album, "In Your Car"/"13 Again" in May 1980, which reached No. 34 on the Australian Singles charts in July, "Goodbye"/"No God, No Master" in July and "South Pacific"/"Gay Guys" in October, which reached No. 90. At the 1980 Countdown Music Awards both The Dugites and Nutter received nominations for 'Best New Talent' (Johnny O'Keefe Memorial Award) and 'Most Popular Female' respectively. In December the band were the opening act for Elton John's concert at the Perth Entertainment Centre.
. 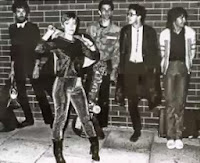 The band's second album, 'West Of The World', produced by Bob Andrews (Graham Parker and the Rumour), was released in July 1981. The album peaked at No. 33 on the Australian album charts and saw the release of two singles, "Waiting"/"Who Loves You More?", in May 1981, which reached No. 40 and "Part of Me"/"Never Touch" in September. In mid 1982 Berghoffer left the band and was replaced by guitarist Andrew Pendlebury (ex-The Sports), following which the band issued a single, "No Money"/"Decide" in July on the Rough Diamond label, and the related mini-album, No Money in August. Pendlebury was then replaced by Bob Fallovic (aka Boris Garter; ex-Stockings) and Paul Williamson also joined on saxophone. By mid-1983 however the line-up was reduced to Nutter, Crosbie, Bailey and Noonan.
. 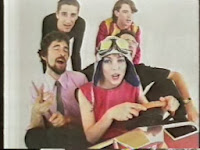 The Dugites signed to Mercury/PolyGram and released their third album, Cut The Talking, in April 1984. Three singles were released from the album, "Cut the Talking"/"Michael and Rodney", in November 1983, "Juno and Me"/"Everything Must Change" in April 1984, which reached No. 60 on the Australian Singles charts, and "It Ain't Like That"/"All That I Want" in August. Following the release of the album the bandy added Peter Kaldor on saxophone and John Crosbie on trombone and trumpet to the line-up for touring purposes, but by the end of 1984 the group disbanded.

When the ABC's Sydney 'youth' radio station Double Jay was launched in 1975, Skyhooks' "You Just Like Me Cos I'm Good In Bed" was chosen as the opening song played on air, specifically because it had been banned by Australian commercial radio. When Double Jay switched bands to FM in 1980, The Dugites' "Gay Guys", the B-side of the Dugites 1980 single "South Pacific", which was also banned by commercial radio, became the first song to be played by Double Jay's successor, 2JJJ-FM Triple J.
.

The Dugites (Discography)
I first heard the Dugites when their single "In Your Car" was played on 3XY Melbourne, back while I was at Uni. The song was released as a single in 1980 and reaching #16 on the 3XY charts (for 3 weeks) in Victoria. It is a fluffy little piece of pop that exudes an enthusiastic innocence completely missing in today's top 40. It is a great song, but as I quickly found out, The Dugites made better songs during their three LP existence. Lots of them. 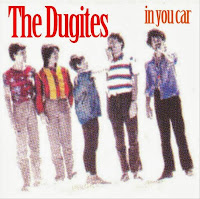 "In Your Car" was culled from the band's eponymous debut album released on Deluxe Records in 1980. The entire album is filled with clever, fun, instantly catchy songs written by keyboardist Peter Crosbie and exuberantly sung by lead vocalist Lynda Nutter. On The Dugites, the band turns to 60s girl group for inspiration on noteworthy cuts such as "Goodbye" and "Mamma Didn't Warn Me". Other highlights include the epic, eight-minute long "Gay Guys", with its outrageous, humorous lyrics and chugging beat, and the sing-along "No One Would Listen".
. 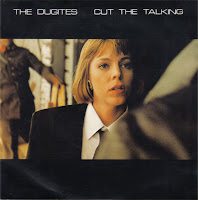 The Dugites followed-up their debut with an equally strong release in 1981 titled 'West of the World'. The most successful single was the slow, reflective "Waiting", but as with "In Your Car", there is better material on the LP. Follow-up single "Part of Me" is my personal favorite. Its strange and captivating lyrics, breezy melody and flawless vocals add up to make it one of the greatest lost singles of the era. Another highlight is "Who Loves You More", the B-side of "Waiting". This is an infectious number that really should have been the A-side. "Malcom's Got a Problem" is another energetic track that fuses punk and new wave quite effectively. Being Used is also a noteworthy cut that wouldn't have sounded out of place on an early Pat Benatar album.
By 1984 The Dugites were nearing their end, but fortunately managed to produce one final album -'Cut the Talking'. The release marks a shift from new wave pop to funk and soul-infused dance pop. Fortunately, a good pop song is a good pop song, and Cut the Talking is nearly as enjoyable as the band's first two albums. The best song is the charming, brassy Juno and Me, which was the second single. The first single, 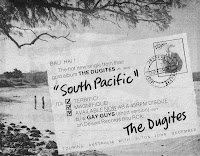 Cut the Talking, is an enjoyable piece of dance pop, but one that definitely shows its age. Other highlights include "Michael and Rodney", a peppy song that's as strange as it is entertaining, and the fast-paced closer, "It Ain't Like That".
.
Currently, Nutter and some other original members of The Dugites are performing together again in a new band called Snakefish.
[extracts from Vinyl Goldmine and Wikipedia. Thanks to Frank Krolicki] 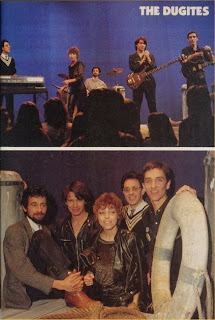 The Dugites
(Countdown Annual Feature Article)
It took the Dugites just two months after the release of self-titled, debut album in may, 1980, to become one of Australia's most popular new groups.
The band which was formed when four of its members were students in search of a few extra dollars merged from Perth with a neat package of pop songs - such as their first single "In Your Car" - and quickly started winning national acclaim. The Dugites are not interested in discussing suggestions that their music is contrived, but it is obvious that they started their trek east with a goal firmly in mind. Psychology graduate and guitarist Gunther Berghofer, music graduates Peter Crosbie (keyboards) and Paul Norton (bass), former theatre arts student Lynda Nutter (vocals) and drummer Clarence Bailey did not start out as a group of teenagers with some vague dream of instant stardom.
"Very few bands expect this sort of success first up and we certainly didn't but, the again, we didn't know why we shouldn't have this sort of success, either" Peter Crosbie, the Dugites major songwriter said. "We knew we had good songs, a good record and a good record company, but doing it right is not necessarily enough".
Brian Peacock, whose association with the rock industry goes as far as Normie Rowe's Playboys, is a man to whom the Dugites credit much of their success."When we toured the eastern part of Australia the first time we had a few recording offers, but all that was out of our depth" Peter Crosbie said. "We didn't know how to handle it,but Brian was an old friend from Perth and we knew he had a lot of experience in this business. We approached him and asked him to negotiate a deal for us and from there it grew into a management thing. He sets up almost everything for us."
Peacock also co-produced the Dugites album with Bob Andrews, a member of Graham Parker's brilliant rock band, the Rumour.
"We met Bob when he was here on the Parker tour in November (1979)" Gunther Berghofer explained "We wanted to work with an overseas producer because we wanted the best possible result and we didn't think there was a producer in Australia who was suitable for our sort of music, so we approached him"
The result was a national reputation for a band not known outside Perth at the start of 1980. A follow-up is expected early in 1981 and meanwhile, the Dugites are working on expanding their reputation from national to international. [article from Countdown Annual 1980, p51]
.
This post consists of MP3's (320kps) ripped from my pristine vinyl copy, and includes full album artwork with label scans.  As an extra treat, I have also included some of their more popular singles (mostly sourced from YouTube) along with their rare 1979 single "Hit Single / Bruce" released by EMI (before they signed to Deluxe Records). I would especially like to thank Sunshine at Midoztouch for supplying this rarity - thanks mate.
.
Track Listing: 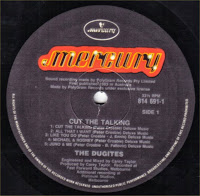 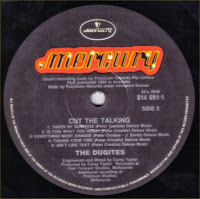