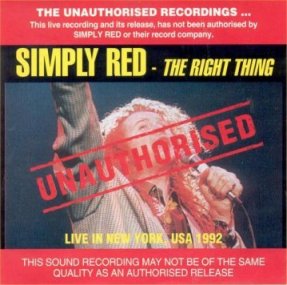 Simply Red are a British pop/soul band formed in 1984, who are best known for the hits "Money's Too Tight (To Mention)", "Holding Back the Years", and "Stars". The name tends to refer to Mick Hucknall (who has redish hair), the founder and frontman, with the band line-up being somewhat fluid over the years. The band grew out of the Manchester post-punk scene of the late 70s where Hucknall was a prominent presence with his band the Frantic Elevators. When that band folded in 1984 Hucknall teamed up with manager Elliot Rashman and assembled a group of session musicians, adopting the name Simply Red and signing to Elektra in 1985. Their first album Picture Book (1985) contained the huge hit singles "Money's Too Tight (To Mention)" and "Holding Back the Years" (an old Frantic Elevators song). In all the smooth poppy sound of Simply Red was a huge departure from the punk style of Hucknall's first band.
The ongoing album releases found the group adopting an increasingly mainstream and commercial sound. 'Men and Women' (1987) and 'A New Flame' (1989) were followed in 1991 by 'Stars', which became the best-selling album for two consecutive years in Europe. It was not until the release of 'Fairground' (1995) that Simply Red achieved their first No.1 single. While not a favorite with the critics, it assured the success of parent album 'Life'.
Simply Red's most recent studio album was 2007's 'Stay', which hit No.4 on the UK album chart 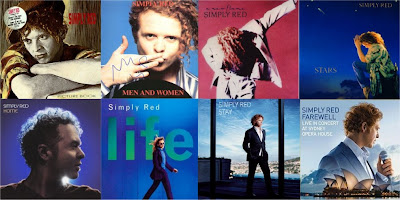 .
Why Mick Hucknall's putting Simply Red to bed
(taken from Mail Online Dec 23, 2010)
After 25 years, (he claims) 3,000 women, Mick Hucknall reveals the reasons for breaking up his band...
Simply Red were a fixture in British pop for a quarter of a century. They thrived in the Eighties, and then survived grunge, Britpop and hip-hop to become the soundtrack for a generation.

Even though the group revolved around Mick Hucknall — who was lead singer, songwriter and bandleader — the ­collective name was always there.
Now they are no more, having finished a sold-out farewell tour by playing hits such as Stars and Holding Back The Years for the final time last weekend at the O2 Arena in London. And Hucknall is adamant there will be no going back. ‘I’d be amazed if I ever play as Simply Red again,’ he says. ‘People might greet that with ­cynicism. But, for me, that’s it. It’s over.’ 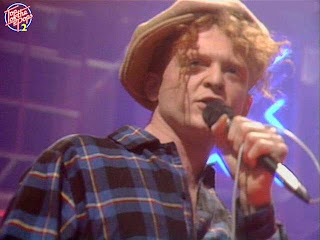 The valedictory dates — captured on a new live album — were unashamedly ­nostalgic, and Hucknall is happy with the legacy left by a band that sold 55 million albums in 25 years.
‘I think my music ran parallel to a lot of people’s lives. We were always chugging along in the background. The songs are there on CD, but I won’t be singing them live any more. People will remember the hits, but I always saw us as an albums act. Most of the albums sold two or three ­million. I’m proud of that consistency.’
Formed in Manchester in 1985, the group were viewed primarily as a blue-eyed soul act, but the farewell tour reiterated Hucknall’s knack of adding tuneful pop hooks to his silky, unfussy vocals.
The funky dance numbers were all present for last week’s run of shows in Greenwich, while Hucknall and his six superb backing musicians also excelled on their celebrated cover of the romantic ballad If You Don’t Know Me By Now, dedicated to the song’s original artist, the soul great Teddy ­Pendergrass, who died this year. 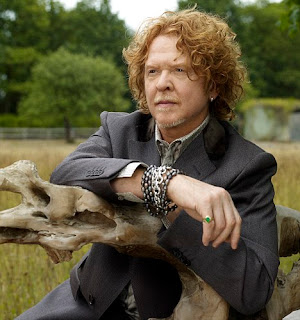 But Hucknall, 50, maintains he always had more to offer than what he calls ‘the smooth, jazzy sound of Simply Red’. He has a point. His reputation as a playboy, along with the ridiculous hairstyles he sported in the Eighties, overshadowed myriad musical interests.
Growing up as a teenage punk in Denton, East Manchester, he was a fan of the Sex Pistols, while The Beatles and The Rolling Stones were major influences, too.
‘I wanted to carve out something original,’ he says. ‘All the best British groups were inspired by black American music. With The Beatles, it was Motown and the blues. With me, it was a mixture of British styles and the more sophisticated Seventies soul of Barry White and Marvin Gaye.’
Now Simply Red have disbanded, Hucknall says he can ‘explore my British-ness rather than the familiar American influences’, with his writing.
It also means he can spend more time with his wife, ­Gabriella Wesberry, whom he married in May, and their three-year-old daughter, Romy True.
‘I want to be around to watch Romy grow,’ he says. ‘You live the life of a gipsy when you are on tour, and that’s not ideal for family life. We’d love another baby, too, so we’re working on that.’
The Mick Hucknall before me is a far cry from the infamous womaniser of the past. The singer recently revealed the full scale of his philandering in the Eighties, when he claims to have slept with 3,000 women. He even issued a public ­apology to any former lovers whose ­feelings he may have hurt. 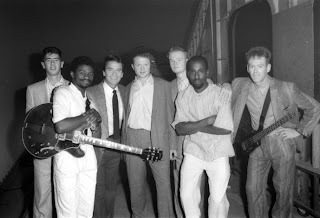 ‘For nearly 25 years, I was totally disorientated,’ he admits. ‘When I was living the bachelor lifestyle, it was ­brilliant having homes in Paris, Milan and London.
‘Now, I feel more grounded. My wife has given me a lot. For the first time, I have a strong emotional bond.’
And Hucknall is adamant there will be no comeback tours or a 30th anniversary reunion in 2015.
By that time, he hopes to have forged a new artistic identity, perhaps one built on the more robust, guitar-driven direction explored on the ­second half of Simply Red’s final studio album, Stay.
‘I’ve already written seven new songs, and none of them sound anything like Simply Red,’ he says. ‘I want to be myself now. I’m no longer writing songs using the chords of old soul music. And I don’t want to face the dilemma of being both a bandleader and a singer-­songwriter. I have moved on.’
[article by Adrain Thrills]
.
There does not appear to be much information regarding the concert from which the bootleg recording was made, other than it was recorded live at Central Park Summerstage, New York, USA on 10th June 1992. The date of this concert has been comfirmed on Mick Hucknall's website and is also documented in the Musical Directory of a popular New York magazine entitled  "Great Places To Have A Party" - published in 1992 (see pictured left).
Central Park SummerStage is a public outdoor entertainment complex located in the heart of Central Park - NY, and it was founded in 1986 in the spirit of Central Park’s original purpose—to serve as a free public resource to help enrich the lives of New Yorkers.
In 1992 — This memorable season saw Sonic Youth’s first appearance at SummerStage. The downtown band’s epochal performance with Sun Ra and his Arkestra brought avant-garde music to the heart of the city. It was also in the same year that Simply Red played to a capacity crowd.
As the festival began to upgrade the facilities and undertake more ambitious programming, stage labor and artist costs increased. To help raise money for a summer's worth of free shows, SummerStage began hosting ticketed benefit concerts. The first artists presented this way were Simply Red, the Neville Brothers, and John Prine.
There appears to be only one other Simply Red bootleg available from 1992 called 'Red Stars At Night Vol2" which has a similar track listing to this bootleg, but only contains 10 tracks. I am unsure if these two bootlegs are taken from the same concert (see pictured below).
.
This post consists of MP3 (320kps) ripped from CD and the quality of the recording is highly professional - definately obtained via a soundboard recording. Album artwork is also included and although the standard generic design expected from Grapefruit bootlegs it really suits.
Yes, that's right - it's Simply Red.... LOL.   Enjoy !
. 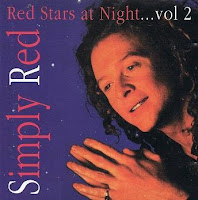