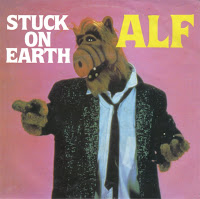 The television series ALF was a show that ran from 1986-1990. It stared an alien named Gordon Shumway, nicknamed ALF (abbreviation of Alien Life Form), who was originally from the planet Melmac and crash landed on Earth into the garage of the Tanner family. The series followed ALF on his misadventures while on Earth staying with the Tanner family. The show sparked huge popularization throughout the 80s and 90s for the shows main character ALF and it led to the movie Project: ALF, which was released on February 17, 1996. The TV series aired with 99 episodes, but never quite made it to 100!

In 1986, Ben Liebrand made a mix with samples from some ‘Alf’-episodes. This track (stuck on earth) became a worldwide hit. In the USA screenplayer-writer-contracts got rewritten because this was the 1st time ‘comedy-show’-texts where used in musical tracks. And the contracts didn’t include the use of the texts in ‘non-TV’-media. 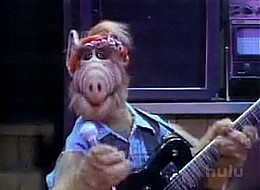 Off course you think: "Yeah - what a funny track but nothing special" - OK, I agree with that but then I am listening to the flip-side and then you can hear what a brilliant producer Ben Liebrand was. The "Melmac"-track drags you with Alf over the interstate... ! Really nice bass line and a beautiful production with lots of synths and sequencing by Ben Liebrand ! Nice! In the eighties "Stuck on Earth" was played on the dutch radio network at "The Curry & Van Inkel Show".

If your interested in reading more about this crazy Extra Terrestrial Goof-Ball, you can find just about everything there is to know at Alfanatic

I guess this month's WOCK on Vinyl post covers both the Weird and the Crazy, or is it simply Out of this World......I'll let you be the judge.  Ripped from my vinyl 45 in mp3 format (320kps) and includes cover scans.