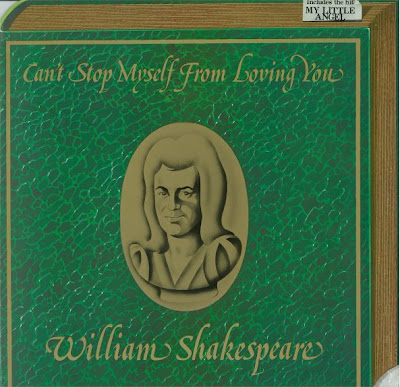 In a classic case of pop reincarnation, Johnny Caves (born in 1950) became Johnny Cabe, then William Shakespeare. He then scored two Australian #1 hit singles and was never heard from ever again.
Behind the scenes were ace production/songwriting guru's Vanda & Young (ex-The Easybeats) who wrote Shakespeare's hits "Can't Stop Myself From Loving You" and "My Little Angel", as well as engineering his carefully contrived image (Australia's answer to Gary Glitter).
Johnny Caves initially sang with beat band The Amazons. By the early 70s he was working the Sydney clubs as Johnny Cabe.
At the beginning of 1974 he came into contact with Vanda and Young, who had just recorded the backing track for "Can't Stop Myself From Loving You" for another singer who was unable to handle the high notes.
The song seemed tailor-made for Cabe's falsetto voice, and he was promptly signed for the Alberts label.
Vanda and Young decided to create a new image for 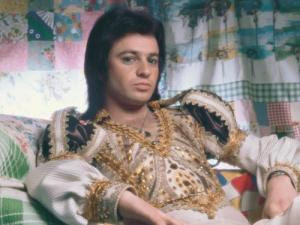 Cabe. They renamed him William Shakespeare and kitted him out in glam rock gear, replete with puffed Shakespearian sleeves and gaudy fake jewels. To top it all off, Shakespeare sported an immaculately coiffured, plum-coloured hairdo.
His first single release "Can't Stop Myself From Loving You" came out in July 1974 and immediately hit Number 1 on the national Australian charts. With the help of regular appearances on Countdown, his second single, the Christmas-flavoured "My Little Angel", also reached Number 1.
Two more Vanda and Young singles followed: "Just The Way You Are" (April 1975) and "Last Night" (March 1976), plus the album Can't Stop Myself From Loving You, but none charted. While his career was in decline Shakespeare was charged with carnal knowledge and received two years' probation.
He left Alberts in 1977 and by the middle of 1979 was back working Sydney clubs, this time as Billy Shake. His career was temporarily revived in 1990 when listeners of Melbourne radio station 3MMM voted My Little Angel as the "daggiest song of its generation". Shakespeare began headlining "Dag Nights" on the nostalgia circuit and wore his 'Top Dag' appellation as a badge of honour. [extract from nostalgiacentral.com]
.

Sadly, John Cave passed away on 5th October, 2010 at the age of 61,as a result of alcohol abuse.
The following is an article from the Sydney Morning Herald, August 24, 2009 entitled 'Countdown Star's Topple from Grace' (editorial by Brendan Shanahan)
.
Pop star William Shakespeare's ascent to No.1 was as fast as John Cave's descent into hell.
."I got a royalty cheque the other day,” says John Cave, better known as 1970s glam star William Shakespeare, “for 13 bucks.” There is a rare moment of ironic humour in his voice as he gestures at the letter on the table.
At the age of 60, John Cave has seen better days. Then again, he's seen a lot worse. Almost since he had his first hit, Can't Stop Myself from Loving You, in 1974, quickly followed by another No. 1, My Little Angel, Cave has been on a downward trajectory. At the height of his career, his alter ego was a Countdown regular and, for a brief period, the most famous man in Australian pop.
But, fairly or otherwise, William Shakespeare (also billed as Billy Shake) was not to be remembered for his musical contribution so much as a symbol of the excesses of the glam-rock era and the transience of fame.
These days, Cave lives alone in a government flat in Riverwood, cared for by his neighbour, Rhyse, an extraordinarily energetic 83-year-old great-great-grandmother and self-described “hyperactive geriatric”. “I'm his carer, his friend, his surrogate mother,” she says, busying herself with tea in the kitchen.
Cave's story began in Sydney's inner west, where his parents ran a fruit-and-vegetable shop. Cave's father died when he was 14; his mother when he was 21. “She never even got to see me sing,” he says.
After singing for various pub bands, Cave was one day confronted with a 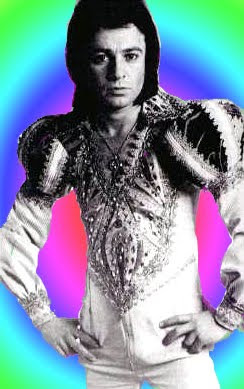 fateful decision. “I got the offer to be the lead singer of AC/DC, although they didn't really have a name then. I took the story back to my manager and he said, 'Well, do you want to sing in a bloody pub band all your life or do you want to be a star?' I thought, 'I want to be a star.' So that's the road I chose and I became William Shakespeare.”
It was, needless to say, poor advice and soon a perfect storm of scandal, changing fashion and incipient alcoholism conspired to destroy William Shakespeare almost as quickly as he was made.
In 1975, only a year after his debut, Cave was convicted of carnal knowledge with the 15-year-old president of his Melbourne fan club. It's an incident he refuses to acknowledge any responsibility for, dismissing it as a “set-up” and an extortion attempt. Whatever the truth, Cave was rapidly heading for a crash from which he would never recover, professionally or emotionally.
Depression has been a constant companion for Cave. Uncomfortable in the company of strangers, panic attacks have been a regular feature of his life. Even in his heyday, he says, he would get nervous for days before appearing on stage. Tragically, these problems would eventually bring him into the orbit of notorious psychiatrist Dr Harry Bailey, the man at the centre of the Chelmsford Hospital scandal in which many patients died during, or committed suicide after, Bailey's unregulated experimental techniques.
“I started seeing Harry Bailey at my wife's recommendation. I was having these pains in my legs and Dr Bailey gave me injections in my back and the pain was just gone.”
Eventually, Cave wound up at Chelmsford where, like his friend Stevie Wright, the former lead singer of the Easybeats and a long-term drug addict, he was subjected to so-called “deep sleep” and electroshock therapy.
“They handed me a paper cup full of pills,” he says, holding out a shaking hand, “and said, 'Here, swallow these.' I woke up two weeks later and didn't know . . . what had happened.”
Cave blames Chelmsford for much of his physical and mental decline over the next few years. In the 1980s his alcoholism and mental illness accelerated until he found himself sleeping in the toilets opposite the St George Leagues Club in Kogarah.
“If it wasn't for the people at the club, I wouldn't be here. They looked after me, gave me breakfast and kept an eye on me. I'd be dead if it wasn't for their kindness.”
Cave found friends in other places, too. Upon hearing his story, the former drummer for the Go-Betweens, Lindy Morrison, eventually rescued the fallen idol. In 2001 she arranged accommodation and financial assistance through the charity Support Act, which helps members of the music industry who've fallen on hard times. Cave still relies on assistance from Support Act. His mental health, however, is a constant burden.
“I will admit it,” he says, giving his walker a resentful shove. “I have thought about suicide on several occasions. But I've never really had the intestinal fortitude to go through with it. I've had friends who have gone that way, but I can't.”
Perhaps surprisingly, Cave doesn't seem to feel much bitterness for the music industry. Indeed, his recollections seem to be the only moments when the fog of depression lifts; with excitement he relates a story about his old mate Bon Scott shoving an ice-cream into the face of a man behind the wheel of a Mercedes; legendary songwriters Vanda and Young, he says, “did their very best for me”; and nothing gives him pleasure like singing. The convenient narrative of the fallen star, chewed up and spat out by an unfeeling industry, is too simplistic; Cave's problems run deeper: “It wouldn't have mattered what I'd done,” he says when asked whether an alternative career might have helped him avoid his current problems. “I was always like this. My whole life I've been a nervous person.”
Cave has regrets. He wishes he had "worked harder". His estrangement from his only daughter, too, causes him some distress: “I would love to see her again. Maybe she can read this and something will come of it.”
Lately his health has been touch-and-go. Although he's now down to a single beer a night, he was admitted to hospital earlier this year, close to death. But despite this and complaints of loneliness, Cave still has a love of music. When asked what he wants his legacy to be, he stares intensely: “I just want people to know that William Shakespeare isn't dead. That he's alive, that he can still sing and he's living in Riverwood. I love every person who . . . bought one of my records. I just want people to remember me as someone who brought a lot of happiness into people's lives.”
Suddenly, emotion overwhelms him. Rhyse grips his shoulder. “You're a strong bloke, John,” she says. “A fighter. And I love ya.”
.

.
This post consists of an mp3 rip (320kps) taken from my pristine vinyl copy of this album. Full album artwork and choice photos are included. I have also added several bonus tracks - firstly a live recording of his hit single "Can't Stop Myself From Loving You" performed at the 1975 benefit concert held in Darwin in the aftermath of Cyclone Tracey. His final single "Last Night" is also included (thanks to OzzieMusic Man for this single). I have also included the alternative front cover for the CD release of this album (as shown below).
It is interesting to note that each side of this album is labeled Act I and Act II respectively rather than the usual Side 1/2, or Side A/B. Anything for a gimmick hey !
.
Track Listing01 - Can't Stop Myself From Loving You 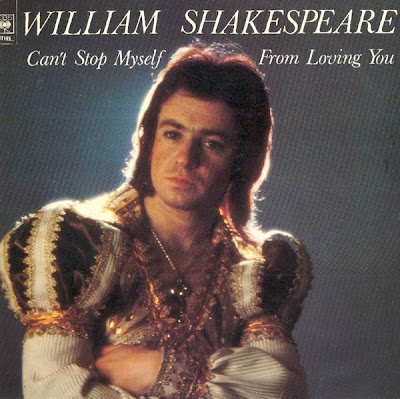 Posted by AussieRock at 5:26 PM