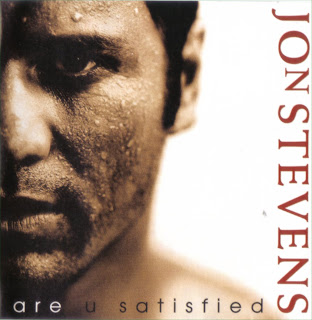 Jon Stevens was born Jon Rangi Stevenson in 1963, and originated from the Upper Hutt, north of Wellington, New Zealand. He is the younger brother by 13 years of Frankie Stevens. After leaving school, Jon had a job, along with his sister at the EMI record plant, pressing vinyl. While working, he used to sing with his sister, and they decided to enter a talent quest. At the Upper Hutt talent quest was an EMI representative and liking what he saw, signed Jon up to a contract.
In October 1979, Jon entered Marmalade Studios to record his first single. It was "Jezebel"/"Rest Your Love On Me". When released, "Jezebel" raced up the charts, reaching the number one spot on December 2. It stayed in that spot until January 20, 1980, when it was knocked from that position by his own second single, "Montego Bay"/"Sha La La". "Montego Bay" was a cover of the Bobby Bloom song. These two hits were included on his first album released in 1980, called "Jezebel".
. 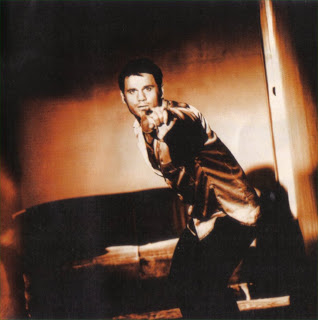 In 1981 Jon relocated to Sydney where he signed a deal with the Big Time label. He recorded his second, self-titled album in Los Angeles with American session players. It yielded two singles in 1982, a reworking of "Jezebel" and "Lover My Love", but neither was successful.
Jon Stevens then formed The Change with guitarist Stuart Fraser (ex Feather and Smith). They played the occasional Sydney pub gig, and with the help of bass player Steve Balbi (on loan from the Kevin Borich Express), recorded an independent single "Forever Young"/"Out There" in 1984. By 1985, drummer Kevin Nicol (ex Dial X) had joined Stevens and Fraser, and they began to lay plans for a new band. They recruited Balbi as a permanent member, and added newcomer Justin Stanley on keyboards. He had been writing songs with Balbi. This new line-up, completed in 1986, was known as Noiseworks.
. 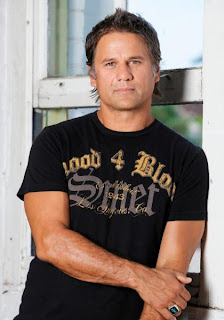 Noiseworks built up a strong following on the Australian pub-rock circuit, and in 1987 were signed by CBS. Their self-titled debut album was released in July 1987 and peaked at number 2 on the Australian Albums chart, producing no less than 5 singles.
Noiseworks went on to release two more albums, while Jon commenced his stage career when he joined the Australian cast of the revived stage musical "Jesus Christ Superstar" in the role of Judas. Jon appeared alongside the rest of the cast on a CD and single from the show. The show ran for 84 nights and was performed across Australia to more than a million people, making Jon a household name.
This stint with the show basically put an end to Noiseworks. The band played its last gig at Selinas in Sydney during March 1992. That gig produced the band's final single, a cover of the Beatles "Let It Be" (Live). This song appeared on the Greatest Hits CD released in October 1992.
When the "Superstar" tour ended, Jon recorded his third solo album, "Are U Satisfied". Most people were unaware of his previous recording history and believed this to be his debut solo album. This was issued in October 1993 and three singles were released from it.

.During the 2000 Olympic Games in Sydney,Jon worked with INXS's Jon Farriss to record and release the single "Carry The Flame", which became the official theme for the Olympic Torch relay. It was through this work with Jon Farriss and previous backing vocal sessions with INXS that led to Jon joining INXS as a replacement singer for frontman Michael Hutchence. He toured with them for three years as their lead singer and in 2003 he quit the band, without recording a new album. There was only one song, "I Get Up" that was ever recorded with Jon and INXS.
In 2005, Jon released his much anticipated acoustic album titled. "The Works". The album comprises of an eclectic mix of Noiseworks favourites and some of his more recent releases.(extract from Sergent.com.au)
. 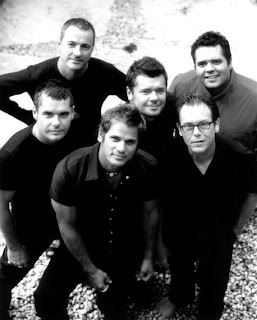 REVIEW -
ARE U SATISFIED?
(Rolling Stones Magazine, #489, Nov 1993, p81)
This is actually former Noiseworks' frontman Jon Stevens's third solo album. Back in the early 1980s, Jon Stevens was a promising young New Zealand funk/rock vocalist. He had released two solo albums by the time he was 19. Then, of course, Jon Stevens became an integral part of Noiseworks and helped.
shoot the band and its three albums (Noiseworks, Touch, Love vs Money) to enormous Australian success. In the process, Noiseworks blew apart the Oz-pub rock traditions of just-rock-and-nothing-else, by lashing their tunes with layers of keyboards, tinges of Seventies cheesy disco and fat doses of funk.
You get the feeling Are U Satisfied? is the sort of album Jon Stevens has long wanted to make, and almost did with Love vs Money; both albums share some obvious musical similarities. Produced by Stevens and Noiseworks' guitarist Stuart Fraser and recorded in just a few weeks with a bunch of good friends (including guitarists Nick Barker and Jed Starr), Are U Satisfied? could well have been cluttered and self-indulgent. But Jon Stevens understands Australia's rock-loving crowds (and what they expect to hear from him) and, on these levels, Are U Satisfied? does not disappoint.
The record is thick with good, strong songs, mostly about love and relationships, but the music is almost stripped to its bare bones. It smells pleasantly of Seventies-retro — the kind that artists like Lenny Kravitz are now exploring — funky, riff-driven numbers with peaking swirls of keyboards and boppin' stomp rhythms. A number of the songs also sound so familiar that you'd swear they're obscure covers ("Going Down", "Love Makes No Sense", "Say What You Mean").
One of the most pleasantly surprising aspects of Are U Satisfied? is the lack of radio-friendly ballads. "Burn So Bright" is about the closest this album comes to a ballad, and even so, this song's quiet moments are impaled on hooking, gritty riffs.
With Noiseworks and Jesus Christ Superstar fading in the distance, Are U Satisfied? marks the beginning of a new phase in Jon Stevens's career, and while it is not overly experimental or innovative, it will satisfy those who dig their rock straight up, tight, honest and unpolished. [review by Darryl Mason]
. 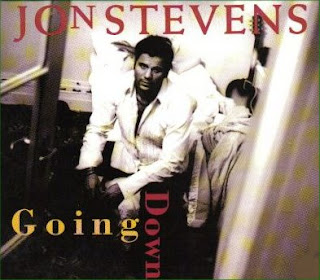 This post consists of an mp3 rip (320kps) from CD, and includes full album artwork. My favourite tracks are "Love Makes No Sense" and "Say What Ya Mean", and the single "Going Down" which has a distinct 'Lenny Kravitz' feel about it with some soaring guitar riffs that really rock ya socks off. Although Jon has been a successful solo artist in his own right, his time as the frontman for Noiseworks was definitely the peak of his career in my opinion. If you are looking for more recent material from Jon, why not visit his website.
.
Track Listing01 - Hard As Stone02 - Goin' Down 03 - Love Makes No Sense04 - All I Need is You05 - Stay06 - Say What Ya Mean07 - I'll be There08 - Change Your Mind09 - Burn So Bright10 - Reflections11 - Are U Satisfied?
.
Band Members:
Jon Stevens (vocals)
Stuart Fraser (bass, guitar)
Nick Barker (guitar)
Virgil Donati (drums)
Paul Gray (keyboards)
.
Jon Stevens Link (83Mb) REPOST
.
Posted by AussieRock at 10:44 PM