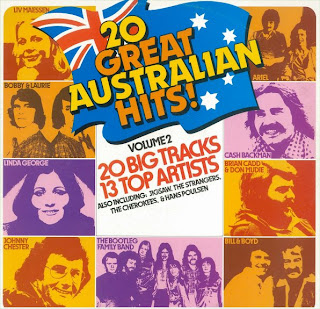 Fable Records
Ron Tudor's Fable Records was the most successful Australian independent recording company of the early 1970s. It was also one of the most productive 'indie' labels of the period, issuing over 300 singles and dozens of EPs and LPs. Fable released a wide variety of music from rock groups to mainstream vocalists; its catalogue also included Christian gospel music by singing group The Proclaimers, comedy recordings by Frankie Davidson, and novelty items like Drummond's 'chipmunk' version of "Daddy Cool" and the quaint piano version of The Mixtures "In The Summertime." Fable was officially launched in April 1970 with a batch of five singles (all by Australian artists) and the success it enjoyed over its first nine months was nothing short of spectacular, seven of its first twelve singles made the national Top 40, and of the forty-one singles Fable released between April and December 1970, seventeen became hits, including two national #1s by The Mixtures' "In The Summertime" and "The Pushbike Song" and four other Top 10 hits by Hans Poulsen, Liv Maessen, Jigsaw and John Williamson. Fable won many industry awards during its fifteen year life. [extract from Milesago]
. 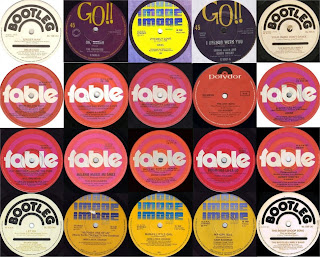 .
Here is a short account of some of the more popular names that appear on this second Fable Records compilation, released by EMI in 1979.
. 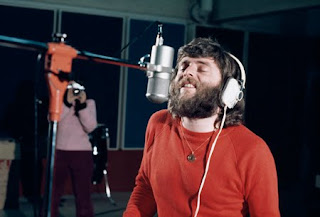 Brian Cadd
Brian Cadd (b.1946), singer/songwriter, had been a member of 1960s Melbourne band 'The Groop' before forming Axiom, the band for which he wrote the hits "Arkansas Grass" and "A Little Ray of Sunshine" at the dawn of the 1970s. Axiom recorded two very fine LPs, Fool’s Gold (Fable, 1969) and If Only (Warner-Reprise, 1971), the latter recorded in Los Angeles and produced by the legendary Shel Talmy.
After the break-up of Axiom in March 1971, Brian and fellow band member Don Mudie returned to Australia but they continued working together.
Brian began to establish his solo presence when he and Don Mudie issued the duo single "Show Me the Way", released on Ron Tudor’s Fable Records in December 1971. It was a very respectable success, reaching #17 in February 1972 and charting for 12 weeks. By this time, Brian had become Fable’s A&R manager and chief producer, and in this capacity went on to write, play on and produce Robin Jolley's 1972 hit "Marshall's Portable Music Machine" (a virtual Cadd solo single in all but name and lead vocal) and Robin’s subsequent solo album. 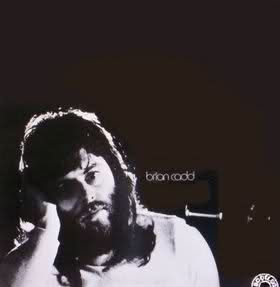 Brian also produced Hans Poulsen’s second solo album Lost and Found, Coming Home the Wrong Way Round (1972), the album 1972 AD for Frieze (Beeb Birtles and Daryl Cotton) and he produced and contributed to albums and singles for Stephen Foster, Fat Mamma, The Strangers, New Dream, Dutch Tilders, Bluestone, Kerrie Biddell and Daryl Somers.
In 1972, the year he founded record label 'Bootleg Records', Brian’s first fully solo recordings were "Sure Feels Good", "Making It on Your Own" and "Come With Me" and these appeared on the soundtrack album of Albie Falzon’s classic surf film 'Morning of the Earth' (Warner, May 1972) alongside tracks by Hannagan, Tamam Shud and G. Wayne Thomas.
That year also saw Cadd take out the composer's sections of the Hoadley's National Battle of the Sounds competition and the Tokyo World Popular Song Festival with"Don't You Know it's Magic", later released as a single by John Farnham.
In 1973, Cadd penned the music score for the film Alvin Purple, reprising the effort for the sequel Alvin Rides Again; he is shown here recording the soundtrack for the first film. In 1974, he became the first Australian artist to perform on the American music show Midnight Special. He remained in the USA until 1981, during which period his songs were covered by the likes of Glen Campbell and Gene Pitney and the Pointer Sisters. Back in Australia he continues to work as a singer songwriter and producer [extract from National Portrait Gallery]
. 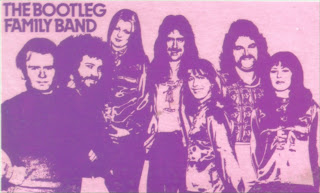 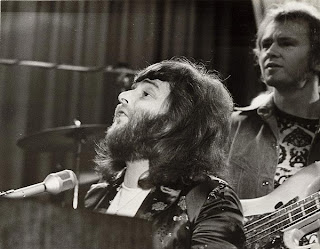 reach the Top 40 but the third single, a cover of Betty Everett's "Shoop Shoop Song" (July 1974), delivered another Top 10 hit.
The four single A-sides were combined for the four-track Bootleg Family Band EP alongside their fourth and last single "Green Door" (February 1975), which barely scraped into the Top 100.
By 1975 it was becoming increasingly difficult to keep the large band on the road, so in May the line-up was cut back to a four-piece comprising Naylor and Cox with new members Ian Mason replacing Fitzgerald (who moved to America) and Clive Harrison replacing Fenwick.
Renamed simply 'The Bootleg Band', this line-up was used for mostly for touring, although they issued a final single "How Do I Try?" / "Rockin' Hollywood" in October 1975, which scraped into the lower half of the Top 100. When Brian Cadd relocated to the States at the end of '75, Mason left the group (he subsequently joined Ariel) and the remaining members renamed themselves Avalanche [extract from Tom Music Mix and Milesago].
. 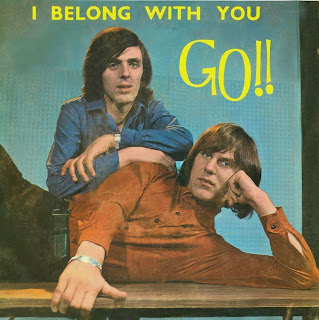 Bobby & Laurie
Laurie Allen (vocals, guitar, keyboards)
Bobby Bright (vocals, guitar)
backed by The Rondells:
Dynamic vocal duo Bobby & Laurie was one of the leading acts in the first wave of Australian 'beat pop' 1964-67. They cut a series of fine recordings which rank alongside those of Billy Thorpe & The Aztecs, Ray Brown & The Whispers, The Easybeats, Normie Rowe and MPD Ltd as milestones of Australian pop in the mid-60s.
Although perhaps not as well remembered today as some of their contemporaries, they were one of the most popular and successful acts of their day, and deserve a lot more recognition for their contributions. Bobby, Laurie and the members of their regular backing band, The Rondells were all important figures in the development of the Melbourne rock scene, and their History is also a great illustration of the intricate (and sometimes confusing) interconnections between the many groups of the '60s and '70s. 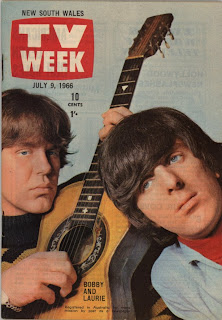 Bobby & Laurie was one of the first Melbourne acts to adopt the new 'longhaired' image pioneered by The Beatles and the Stones, and they rapidly became a popular drawcard. Like several other important artists of the time, they became regulars The Go!! Show, and this led to a contract with the allied Go!! record label.
Their first single, released in August 1964, was a superb Laurie Allen original, "I Belong With You". One of the breakthrough songs of the Australian Beat Boom, the single is notable for many reasons. It was the inaugural release on the Go!! label (G-5001), and the first song by a Melbourne 'beat' act to break nationally and it was produced by the great Roger Savage, who had recently emigrated from the UK, where he had worked with Dusty Springfield and The Rolling Stones. The song's catchy, foot-stomping bridge (probably influenced by The Dave Clark Five hit "Bits & Pieces") helped propel it into the Top Ten in March 1965, and it became one of the most successful singles of the year, charting for 19 weeks. The song also won Laurie an Australian Record Award for 'Best Composition' in 1965. [extract from Milesago]
. 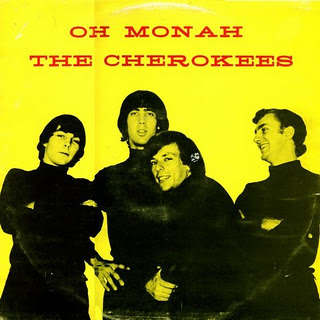 The Cherokees
Billy Dale and Barry King (Guitars)
Peter Tindall (Bass)
Barry Windley (Drums)
Named after a popular ice cream of the time, the Melbourne based Cherokees were formed in 1961 from the remnants of Johnny Chester's backing band the Chessmen and began playing Shadows-styled music around Melbourne, Australia. Starting as a vocal and instrumental act, the group switched to vocals only in 1965 with great success. Signing with W&G Records, the Cherokees released two singles and the rare 'Here Come the Cherokees' album in 1965. They began playing pop reminiscent of the Beatles and moved to the short-lived Go! label. Several of their singles made the Top 40 in Melbourne.
Their first single coupled the U.S group The Five Whispers' track Moon In The Afternoon with a Doug Trevor original Running Wild. Trevor had been the lead guitarist with the Marksmen and later joined the Cherokees on bass and guitar. Lindsay Morrison (rhythm guitar), Peter 'Max' Bliney (drums), Marty van Wynk (guitar) and vocalists Mike McGuire and Kevin Smith were group members at various times. The group were selected to support the Monkees' 1968 tour, and continued into the 1970's. The single "Sally" was produced by Brian Poole, and probably recorded in England. The last 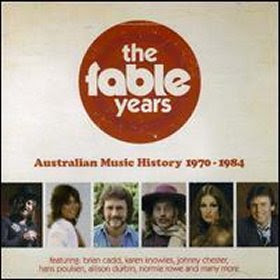 single was produced by Keith Glass and Doug Trevor. A further album was listed in W&G catalogues (WG-B-1914) but not released.
By 1967, the Cherokees were playing swing-styled music and several more singles again made the Melbourne Top 40. An album followed, Oh Monah!, but with the collapse of Go!, the band was left without a deal. Despite releasing one more single on Festival records and supporting the Monkees during their tour of Australia in October 1968, the Cherokees broke up at the end of the year.
.
This post consists of a 320kps rip (mp3) of my 'near mint' vinyl copy of this compilation LP and includes full album artwork. I hope you enjoy this 2nd great Fable Records compilation of Australian artists, a personnel favourite of mine.
.
Track Listing
01 - Let Go (BRIAN CADD)
02 - Melanie Makes Me Smile (THE STRANGERS)
03 - Put Another Log on the Fire (BILL & BOYD)
04 - Your Mama Don't Dance (BOOTLEG FAMILY)
05 - She's My Kind of Woman (JOHNNY CHESTER)
06 - Mama's Little Girl (LINDA GEORGE) 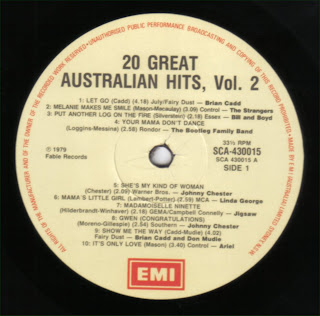