.
Before things get too serious here at Rock On Vinyl, I thought it might be fun to post a song at the end of each month, that could be categorized as being either Weird, Obscure, Crazy or just plain Korny.
.
. 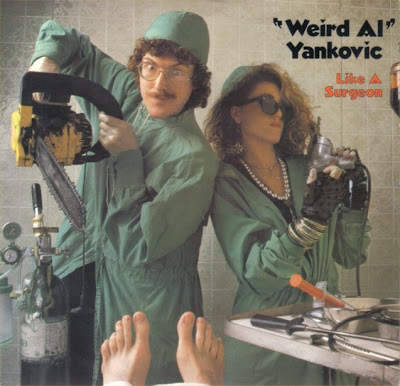 Alfred Matthew "Weird Al" Yankovic, born October 23, 1959 is an American singer-songwriter, music producer, actor, comedian, satirist, and a parodist. Yankovic is known for his humorous songs that make light of popular culture and that often parody specific songs by contemporary musical acts. Since his first-aired comedy song in 1976, he has sold more than 12 million albums—more than any other comedy act in history—recorded more than 150 parody and original songs,and has performed more than 1,000 live shows.

Yankovic's success comes in part from his effective use of music video to further parody popular culture, the song's original artist, and the original music videos themselves, scene-for-scene in some cases.
Although Yankovic refuses to use parody ideas from other people, Madonna is partly responsible for "Like a Surgeon". Madonna asked one of her friends how long it would take until Yankovic satirized 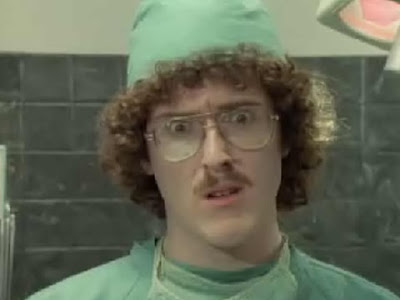 her song "Like a Virgin" as "Like a Surgeon". This friend was a mutual friend of Al's manager, Jay Levey. When word got back to Yankovic, he decided it was a good idea and wrote the song. This is the only known time that Yankovic has gotten a parody idea directly from the original artist.

"Like A Surgeon" is the first song on his "Dare To Be Stupid" album, released in 1985. It reached #19 on the Australian charts and #47 on the Us Billboard charts and like most of his singles, coincided with a Video Clip release which is also included in this post. 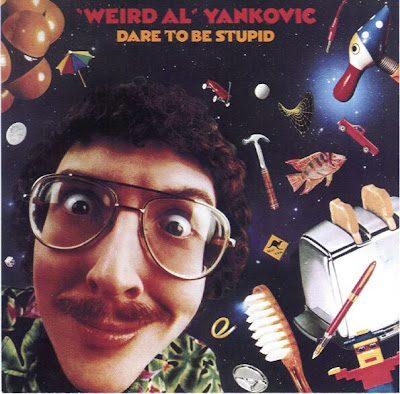 For those of you who love a bit of trivia, here is some tip bits straight from his very own website..How did Weird Al Yankovic get his start in the music business? As a teenager, Al began sending homemade tapes of his songs to Dr. Demento, a nationally syndicated disc jockey known for playing comedy and novelty music. Demento found a certain charm in the accordion-powered ditties that Al recorded on a cheap cassette player in his own bedroom, and gave him his first airplay. By the time Al graduated from college, he not only had a modest cult following from the good Doctor's radio show, but he also had a couple of nationally-released singles ("My Bologna" and "Another One Rides The Bus")

In 1982 he signed a deal with Scotti Bros. Records, who went on to release all of his albums through to Bad Hair Day (1996). Volcano Records eventually bought Scotti Bros. Records, issuing 'Running With Scissors' and 'Poodle Hat', and re-releasing Al's entire back catalog. .
.
What instruments does Weird Al Yankovic play?
Although he can play other keyboard instruments, the accordion has always been Al's main "axe," and he continues to play it on record as well as in concert. His first lesson was on the day before his 7th birthday. After three years of accordion lessons, he quit, deciding to continue learning on his own. .
.
How did Weird Al Yankovic get the name "Weird Al"?
Although he seems to remember people calling him "Weird Al" during his freshman year in the Cal Poly dorms, it didn't become official until Al started doing shifts as a DJ at his campus radio station, KCPR. He gave himself the air-name of "Weird Al" because of his penchant for playing music that was, well, kind of weird? and the nickname just kind of stuck.
.
So there you have it, his name says it all so I hope you enjoy this very Weird and very funny parody from 85'. One final thing to note is the 'Madonna lookalike' nurse in the video clip and on the single cover - an absolute dead ringer!