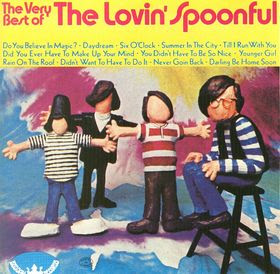 Formed by John Sebastian and Zal Yanovsky when their previous band The Mugwumps, which originally featured Mama Cass, split into The Lovin' Spoonful and The Mamas and the Papas. The two founders were apparently watching The Beatles US TV debut in 1964 when the idea for one of the most underrated pop groups of the 60s took shape.
Often compared to The Monkees (they were passed over for the original TV series) and The Beatles, they had a mischievous image and were known as America's moptops from Manhattan.
The name 'Lovin' Spoonful' came from a line in Mississippi John Hurt's song 'Coffee Blues' and had a sexual reference rather than a drug connection, as many believed at the time.

The original duo of John Sebastian (born in New York March 17 1944, vocals, guitar and harmonica) and Zal Yanovsky (born 19 December 1944 Toronto, guitar and vocals) were joined by Steve Boone (bass and vocals) and Joe Butler (drums and vocals).
They began to rehearse in the basement of the rundown 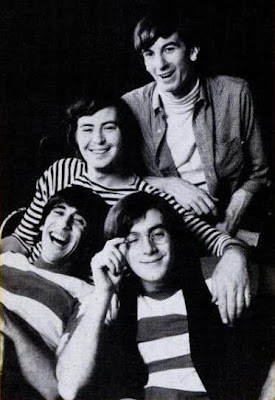 Albert Hotel and gained a residency at the Night Owl in Greenwich Village. Working on Sebastian's innovative songs with producer Erik Jacobsen, after tentative interest from Phil Spector came to nothing, the group secured a deal with the Kama Sutra label in 1965.
The impossibly optimistic and infectious celebration of rock'n'roll - "Do You Believe In Magic?", was released as their debut single, entering the top 40 in the US in October 1965. Between 1965 and 1967 the group enjoyed a string of seven US top 10 singles all displaying their characteristic bright, stirring, melodic charm.
The second single was the evocative "You Didn't Have To Be So Nice", a hit in early 1966, quickly followed by the languidly beautiful singalong "Daydream" which was to be the group's biggest hit in the UK climbing to number two in April of the same year. Also a hit in 1996 was the frivolous pop ditty "Did You Ever Have To Make Up Your Mind?" (apparently written in a cab on the way to the studio) which reached number two in the US.

Oh course, the group's best known track was the classic hit "Summer In The City" and was also their biggest hit in the USA storming to number one in August 1966 and breaking into the top ten in the UK during the month before. This timeless, atmospheric tribute to New York with it's unmistakable use of traffic and street noise sound effects was also notable for it's distinctive drum sounds (engineered by Roy Halee who later went on to work with Simon And Garfunkel).
Further hits followed with the yearning, romantic ballad "Rain On The Roof" and "Nashville Cats", another fond look at the world of music.

Throughout this period The Lovin' Spoonful 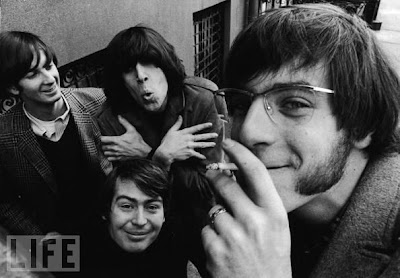 recorded four original studio albums, featuring many other pop gems from the pen of John Sebastian. They also released soundtrack albums for Woody Alien's 'What's Up Tiger Lily' in 1966 and 'You're A Big Boy Now' for Francis Ford Coppola in 1967.

Above - Portrait of 1960s American rock band 'The Lovin' Spoonful' as they pose on a street, mid to late 1960s. Clockwise from bottom: drummer Joe Butler, bassist Steve Boone, co-founder and lead guitarist Zal Yanovsky (1945 - 2002), and co-founder and singer John Sebastian. Yanovsky crosses his arms and makes an unusual facial expression while Sebastian smokes a cigarette.

In June 1967, Zal Yanovsky left the band following a drugs bust in California when it was alleged that he implicated his supplier and therefore alienated the band from the flourishing hippy counterculture. John Sebastian tried to continue, but the band had lost it's original spark and in October 1968 he also quit summing up their career as "two glorious years and a tedious one".
Sebastian's first solo project was writing songs for a Broadway play starring Dustin Hoffman followed by an appearance at the Woodstock festival in 1969. His debut solo album, 'John B. Sebastian' was released, to critic acclaim, in 1970.

A new line-up of Lovin' Spoonful struggled on briefly but without the two rounders of the group there was limited success. The four original members reunited briefly in 1 980 for a cameo appearance in Paul Simon's movie 'One Trick Pony'. Sebastian continued to tour regularly and write for film and TV projects while Yanovs gave up music altogether and opened a restaurant.
So here is an early collection of The Lovin' Spoonful, a group whose songwriter often approached the genius of Brian Wilson and who left a short-lived but outstanding musical legacy of effervescent, wistful and infectious pop songs that found a natural home on the radios of teenage sixties America.
. 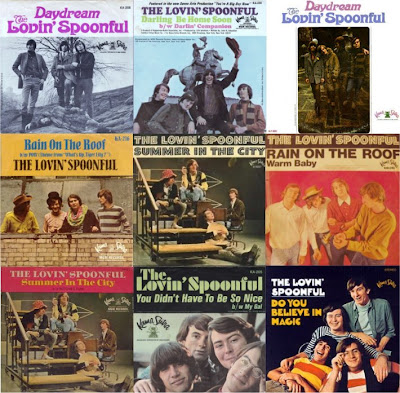 .
This album was Kama Sutra's attempt to replace its two 12-track Best Of albums with a single 12-track album compiling The Lovin' Spoonful's hits. It does contain eight of the group's ten Top Ten hits, missing only "Nashville Cats" and "She Is Still a Mystery," though oddly it also includes "Till I Run with You" and "Never Going Back," two songs from the group's final, inferior phase. Still, upon release, it featured more Spoonful hits on a single album than had ever appeared before.
The album was ripped to mp3 (320kps) from my pristine vinyl copy and includes full album artwork. I have chosen to add 4 bonus tracks (ripped from CD) which I believe belong in this early compilation - "Younger Generation" (a classic Sebastian solo), "Lonely (aka Amy's Theme)", "Voodoo In My Basement" and "Boredom" - which I don't believe will be the case when you listen to this great hits collection. Of course, "Summer In the City" is my favourite track and is probably the one song that originally got be interested in music from the sixties.
.
Track Listing
01 - Younger Girl
02 - Didn't Want To Have To Do It
03 - Daydream
04 - You Didn't Have To Be So Nice
05 - Did You Ever Have To Make Up Your Mind?
06 - Do You Believe In Magic?
07 - Summer In The City
08 - Rain On The Roof
09 - Six O'Clock
10 - Darling Be Home Soon
11 - Till I Run With You
12 - Never Going Back
Bonus Tracks
13 - Younger Generation 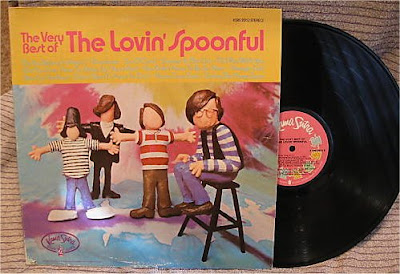