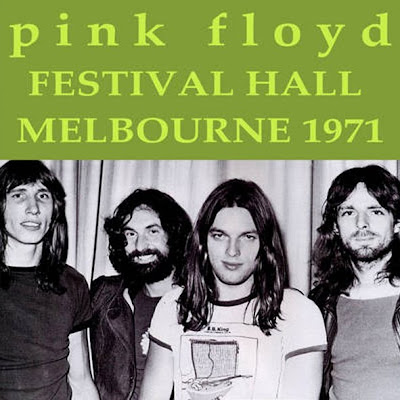 As part of their 'Atom Heart Mother World Tour', Pink Floyd first performed in Australia on Friday 13th August 1971, at Melbourne Festival Hall, and then on Sunday 15th August at Randwick Racecourse in Sydney.

Pink Floyd’s first shows in Australia were originally announced in June of 1971 to the music press as taking place at the Dallas Brooks Hall in Melbourne on August 21st and 22nd, but reduced to a single performance less than a month later in the new advertisements for August 13th.
According to the magazine Go-Set, “the promoters spent so much time and energy publicising their Rock Concert Club that there was very little mention of the concert actually at hand, the amazing Pink Floyd.
The result was a not very full Festival Hall that really didn’t do justice to the occasion at all.” [extract from collectors music reviews]

They arrived in Australia on 11th August 1971, and at Melbourne Airport they were interviewed by Gary Mac for Go-Set (a 24 page music newspaper). Australian journalists, not realising that the Floyd disliked talking about the music, actually received a couple of decent interviews with all the members of the band. Mac's interview plus a review of the Melbourne concert appeared in the Saturday, 28th August 1971 edition of Go-Set (volume 6, number 35). 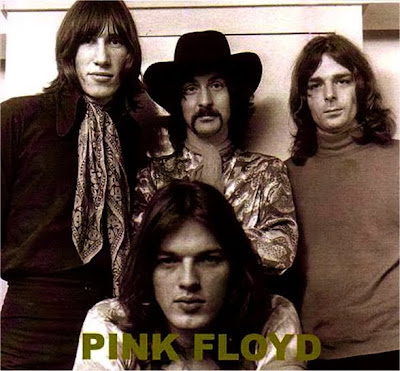 The Rock Concert Club of Australia was responsible for bringing Pink Floyd down under on this occasion, but their promotion left a lot to be desired. The resulting audiences put Floyd off coming here again. At each gig, the Rock Concert Club put 10" round, purple leaflets on every seat, telling the audience that if they were members of the club they could have seen the band for free. I am sure that the Floyd were unimpressed by this.
The Melbourne Festival Hall is renowned for its poor sound, but the Floyd along with their quad sound were able to overcome the hall's shortcomings. The hall was only about half full owing to almost non-existant promotion. At both concerts Pink Floyd were supported by other bands, a very rare occurrence indeed! Pirana came on first and played for one hour followed by Lindsay Bourke. Both bands were somewhat below the Floyd standard of extreme freeform improvisation.
After a ten minute break (9:30pm approx), Pink Floyd came on stage and Roger announced "Good evening. This is called Atom Heart Mother". They then went into a sixteen minute non-orchestrated performance of the piece. After a minute or so of tuning up, Roger announced, "We're just going to retune then 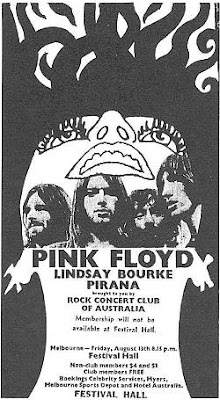 we're going to do two things together. The first of which is a song from the soundtrack from the film More, which I hear was banned over here, and it's called Green Is The Colour. And the second is an instrumental called Careful With That Axe, Eugene". Both songs together lasted fourteen and a half minutes. This was either the last, or the penultimate, performance of Green Is The Colour (I'm not sure if it was played in Sydney).
After that, Roger said "This next thing is a new piece, and it's called Echoes. And it's going to take us a minute or two to get it together because one of our lenses has burnt out". This was the first time it was announced as "Echoes" (and lasted twenty two minutes), but it still had the alternate lyrics for the first verse and chorus, and the quick ending without the multi-tracked choir as at the Montreaux 1971 gig.
The band then played a twelve and a half minute Set The Controls For The Heart Of The Sun without announcing it. They then played an eleven minute Cymbaline before Roger proclaimed "Okay. This is going to be our last tune. Thank you all for coming. It's called A Saucerful Of Secrets and we'll see you again some time". Apparently this exists in bootleg form (as posted here), unfortunately the original tape ran out after five and a half minutes into Saucerful. The show was recorded about fifty yards from the stage using a Sony TC80 mono portable cassette recorder, smuggled in a schoolbag, and a normal position BASF cassette (chrome wasn't available in 1971).
. 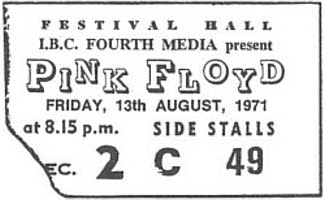 With the Melbourne concert out of the way, Pink Floyd made their way to Sydney for an afternoon performance at Randwick Racecourse. Before they went on stage, they were interviewed for the GTK (Get To Know) programme in one of the rooms at Randwick (see last track). The GTK programme was a short (five to ten minute) music show that was screened weeknights before the 6pm news. The Floyd interview lasted for nearly nine minutes. This is the only interview on film that features all four members talking together!
As yet, no audio recording of the Sydney concert has surfaced, but the GTK programme aired a two minute, fifteen second film with audio taken from the Ummagumma version of Careful With That Axe, Eugene. This showed the band surrounded by the audience with the cameraman at the top of the stands, achieving good closeups of the band, stage, and audience. It is not known how much of the concert was filmed, but this segment is all that has 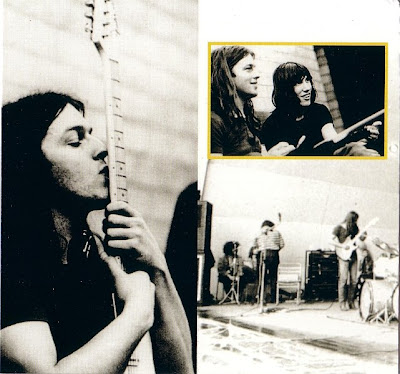 survived. The third part of the GTK show was a two and a half minute clip for Set The Controls using the Saucerful album version. It featured three girls running around in the desert and is an Australian only promo. This was broadcast after the band left Australia on Tuesday 17th August 1971 [report by Gary Hughes]
.
Now, what of the actual sound quality? The fact is this release is essentially comparable to many of the other recordings from this era; it’s rather well-balanced, with all of the instrumentation and vocals perfectly audible. The recording is actually quite loud, and as a result there is a mild amount of distortion in places, but it doesn’t overpower the music. No hiss is audible and the audience is primarily quiet throughout the performances, however there is a bit of phase shifting at times, which in truth, works for this era of Floyd !
The rip was originally sourced from tape and then converted to Flac, however, this post consists of 320kps mp3's. Full album artwork is provided along with an alternate covers for the Godfather's release entitled 'Pink Floyd First Australian Show' (see pictured below).
.
Track Listing 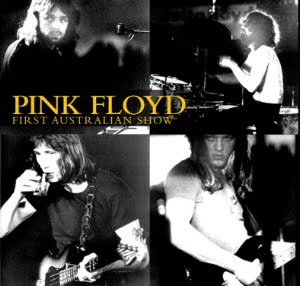