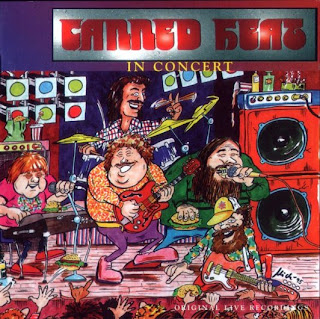 The blues-rock band Canned Heat was formed in Los Angeles in 1965 by blues fans Al Wilson and Bob Hite and burst on the national scene with an appearance at the legendary Monterey Pop Festival in 1967. They demonstrated deep knowledge of the blues and showed more authenticity than similar blues bands of the time.
Canned Heat took its name from Tommy Johnson's 1928 "Canned Heat Blues", a song about an alcoholic who had desperately turned to drinking Sterno, generically called "canned heat".
As an official member of Canned Heat, Adolfo de la Parra played his first gig on December 1, 1967, sharing top billing with the Doors at the Long Beach Auditorium. This began what Fito refers to as the classic and perhaps best known Canned Heat line-up, who together recorded some of the bands most famous and well-regarded songs. During this "classic" period, Skip Taylor and John Hartmann introduced the use of band member nicknames:
.
Their second released album, Boogie with Canned Heat, included "On the Road Again", an updated version of a 1950's composition by Floyd Jones. "On the Road Again" became the band's break-out song and was a worldwide success, becoming a number one hit in most markets and finally put a blues song on the top charts. The album also included a twelve-minute version of "Fried Hockey Boogie", (credited to Larry Taylor, but rather obviously derived from John Lee Hooker’s "Boogie Chillen" riff) allowed each member to stretch out on his instrument while establishing them with hippie ballroom audiences across America as the “kings of the boogie”. Hite’s "Amphetamine Annie" (a tune inspired by the drug ab 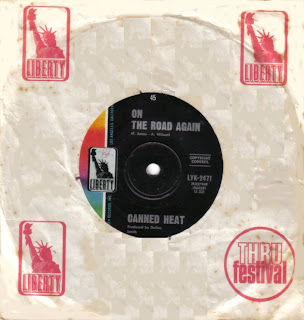 use of an acquaintance), became one of their most enduring songs and one of the first “anti-drug” songs of the decade. Although not featured on the album's artwork, this was the first Canned Heat Album to have featured drummer Fito de la Parra.
Canned Heat never quite made the big time despite their acclaimed albums and their 1969 appearance at Woodstock. After the untimely death of Wilson in 1970, the band released a string of albums that pleased their few loyal fans but escaped mainstream attention.
.
King Biscuit Flower Hour Concert Review.
Recorded at Parr Meadows - Long Island, New York in 1979, this King Biscuit Flower Hour release captures Canned Heat in a complete, original and uninterrupted live performance.
Ten years after they scorched the crowd at Woodstock with "Shake 'N Boogie" and "Goin' Up The Country" (both included here), and twelve years after they released their eponymous debut album for Liberty , the Canned Heat was still going strong.
This set opens with a rousing "On The Road Again" the first and biggest hit the band had. Bob Hite's voice is in fine shape, as are his harmonica licks. Fito de la Parra and Larry Taylor form a formidable rhythm section and really keep things moving nicely. Jay Spell's stride piano playing defines "Boogie-Woogie Blues". Mike Mann may have been the most under-rated guitar player in the business. All together these guys made great music - I dare anyone to sit still while this disc is playing. 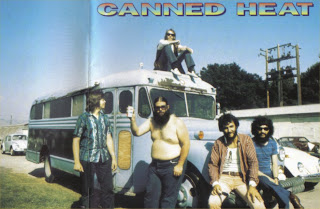 It is obvious the crowd that attended this concert was having a great time. The band cooked, the crowd was excited and King Biscuit captured it as well as could be asked. There is a lot of atmosphere on the recording, but unlike many live recordings the crowd noise does not distract. Instead it adds to the feeling of excitement. I think that with Canned Heat, as with the Grateful Dead and other blues bands, the crowd is as much a part of the performance as the music.
The bass is rock solid, the pace of the music moves forward like a locomotive that will not be denied. The recording is multi-tracked to the max but this is done in a way that makes the performance easier to digest instead of more difficult. Voices 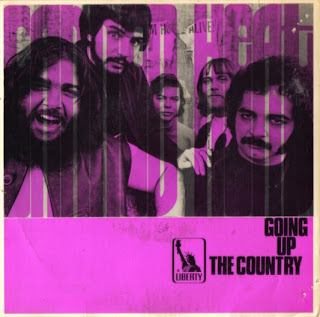 are well placed at the center of the mix and band banter between tracks help to keep the listener entertained, even when the boogie takes a break! Instruments do not wander but occupy their own space, as in life. Detail is present and it is easy to follow the progression of any single instrument. On "Human Condition", for instance (my favorite track), you can listen to Mike Mann's rhythm guitar chords mixed deep during the chorus, and then, as he steps forward to solo, the sound just comes forward with him. This is exactly what I hear in a good blues club from a band that knows how to play. There is a natural homogeneity of sound, until it is time for something to stand out!
If you like Blues Traveler you will love this disc. In fact, if you love Blues Traveler you probably already love Canned Heat - and if not maybe this is a good place to start. This is not your typical audiophile fare. It is, however, a great sounding disc full of awesome music with the power to move the listener. That, after all, is what this hobby is about. [Many thanks to Joe Cornwall of Impact Acoustics for sharing his music review]
. 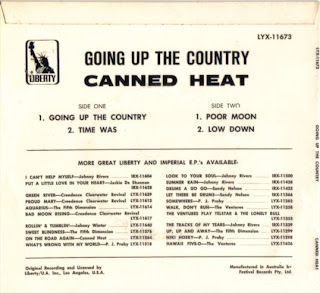 KBFH Rip was taken from a reissued CD (1995) at 320kps and includes full album artwork.
As a bonus, I have added one of my favourite Canned Heat E.P's which I purchased as a teenager. At the time, I was learning how to play flute and of course one of the most popular riffs at the time for flute (other than Jethro Tull's "Living In The Past") was Canned Heat's "Going Up The Country". Unfortunately, the KBFH concert posted here does not showcase a flute but rather a piano playing the classic riff instead (which doesn't quite sound the same - pity)
The four tracks on the E.P were ripped from a 'Best Of' CD at 320kps, to avoid the crackle and pops from a vinyl rip.
Enjoy some classic Canned Heat and remember - don't forget to Boogie, Boogie, Boogie....
.
Track list
1. Intro
2. On The Road Again
3. Bullfrog Blues
4. Chicken Shack
5. Stand Up (For What You Are)
6. Goin' Up The Country
7. Don't Know Where She Went (She Split)
8. Human Condition
9. Shake'n Boogie
[Bonus E.P ]
1. Going Up The Country
2. Time Was
3. Poor Moon
4. Low Down
.
.Band members:
Bob 'The Bear' Hite - Harmonica, Vocals
Mike ' Hollywood Fats' Mann - Guitar
Larry 'The Mole' Taylor - Bass, Vocals
Fito de la Parra - Drums
Jay Spell - Piano, Vocals
.
KBFH Concert Link (102Mb) Link Fixed 04/09/2015
.
Going Up The Country (EP) Link (26Mb)  New Link 08/09/2018
.

Posted by AussieRock at 8:21 PM