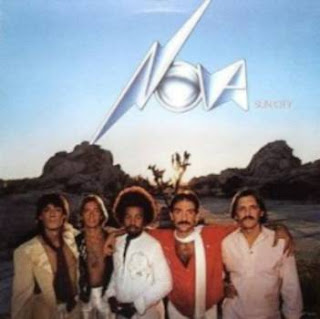 Nova's fourth and last LP, Sun City was recorded in the Sound City Studios in L.A in 1978 and showed a harder, funkier sound with the magic guitar of Corrado Rustici (one of the most talented guitarists from that era) being a highlight as usual. However, the album seems to lack the magic displayed in their previous albums, perhaps a consequence of their producer Narada Michael Walden having left for a solo career, leaving John Ryan to produce the album.
Best tracks for me are definitely found on Side A while those on Side B just don't seem to compare, with maybe "sailors" being an exception.

The only real plus in this album is a predominance of Barry Sunjon's lead vocals which I feel are stronger than Rustici's. "Morning Light" is definitely the standout track on this album with some awesome guitar and saxophone work by Rustici and D'Anna respectively.
I must admit when I first heard this album, I was a little disappointed as it wasn't up to the standard of their previous releases, however, 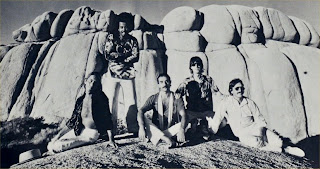 after repeated plays most tracks grow on you. Needless to say, the band called it a day not long after the release of 'Sun City', with Rustici moving onto the Afro-American music scene and guitar technique of Allan Holdsworth, deciding to accept an offer by Walden to play with him in San Francisco. D'Anna moved back from America to Italy to start a career as a producer. Which seems never to have come off the ground and he was not much later disappeared from the music. Interestingly enough, Ric Parnell went on to drum for Spinal Tap !
.
The rip was taken from vinyl at 320kps and includes full album artwork, including lyrics and choice photos of the band at their demise. If you haven't heard the first 3 albums, then you are better off starting with them instead (see previous Nova posts).
.
Tracks Listing
Side 1 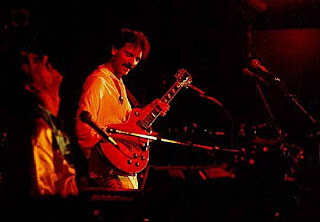