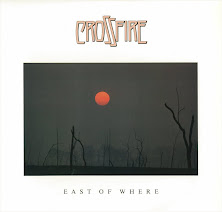 This jazz rock group was formed in 1974 and based in Sydney, Australia. The band originally comprised of Jim Kelly (guitar), Greg Lyon (bass), Ian Bloxsom (percussion), Michael Kenny (piano), Steve Hopes (drums) and Tony Buchanan (saxophone). Crossfire were of a high enough standard of musicianship to gather worldwide recognition, the band served a long apprenticeship in jazz venues, often as the backing band for other artists, with the various members still concentrating on session work. Early on the band showed a lot of blues influence in their playing probably due to members having played in R&B and soul bands previously. By the late 70s the band was touring widely overseas, spending time in Asia, Europe and America, having played such prestigious gigs as the Newport Jazz Festival, Ronnie Scott's in London and The Montreaux Jazz Festival in 1982.
They recorded seven albums while together, including a live album with U.S. vocalist Michael Franks and produced Australia's first direct-to-disc LP in 1978. Crossfire also performed on collaborative tours with Lee Ritenour, Don Grusin, and Randy Brecker In 2007, ORiGiN released a collection of their best instrumental pieces entitled 'Hystorical Records'. A collectable item celebrating the bands music and also coinciding with a newly reformed line up of Crossfire who begun touring again in 2007 after a break of approx 15 years [extract from lascintasrecuperadas.blogspot.com] . 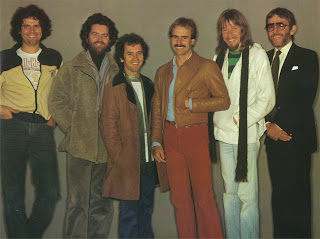 Guitarist, Jim Kelly has long been recognised as
one of our finest guitarists and through the late Seventies and Eighties he was a sought-after session musician. After The Affair he became one of the scores of top musos who passed through the ranks of Levi Smith's Clefs, followed by a stint in Mother Earth, which featured a young Renee Geyer on lead vocals. In 1974, Jim and Mick Kenny formed Crossfire, Australia's most successful jazz-rock fusion band. In 1990, Jim moved to Lismore where he took up the position of Head of Guitar Studies at Southern Cross University. He has released five solo Albums and has written a guitar instruction book, The Dominant Seventh Chord and Then the Blues.
As well as being a guest clinician at teaching institutions throughout Australia, Jim remains a popular performer at major jazz venues and festivals. [extract from Milesago.com)] . Tony Buchanan played saxophone & woodwinds and currently plays with the very talented vocalist Jo Jo Smith. Tony studied saxophone with Frank Smith in Melbourne, Graham Lyall in Sydney, Joe Allard, Eddie Daniels and David Leibman in New York. His musical career spans more than 35 years and was a long time member of Crossfire. Tony has played in countless bands and ensembles during his career and is known to many of his peers as 'The God Father of Sax'.
. 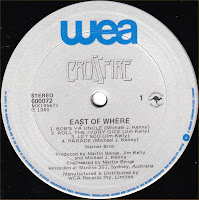 In this Crossfire posting, the band plays with some funk guitar riffs, rhodes and various woodwinds and brass, often with several instruments played through wah-wah pedals. Listening to it again now, more than thirty years later, I think I can hear what they might have been listening to - maybe some guitar work from Return to Forever, some Eddie Henderson wah-wah or the wonderful fusion played by Weather Report and Miles Davis. If you enjoy jazz fusion, then you are really going to enjoy this album. . Rip was taken from vinyl in glorious FLAC format and full album artwork is included for vinyl.. Another request for a REPOST in FLAC format.
Track Listing 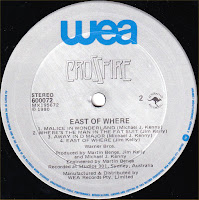