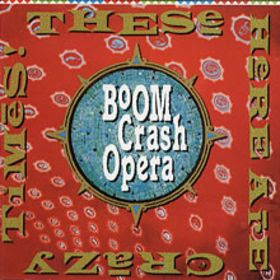 Originally a five-piece formed in Melbourne in 1985, Australian rock band Boom Crash Opera, like many bands before them, got their grounding from the pub rock circuit. The main guys in Boom Crash Opera had previously been in the band The Serious Young Insects. Their striking debut blended the muscular rock of "Listen Like Thieves" period of INXS with an almost English melodic richness not dissimilar to Tears for Fears. Power vocalist Dale Ryder was backed by trademark chant style vocals from the other band members, including group co-founders and writing partners guitarist/bassist Richard Pleasance and guitarist Peter Farnan (credited also as executive producers), alongside producer Alex Sadkin, who tragically died shortly after he finished working on the band's 1987 self-titled debut. 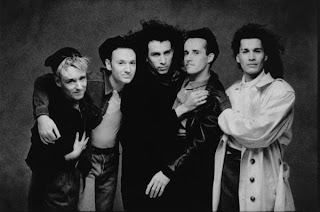 Keyboardist Greg O'Connor and drummer Peter Maslen completed the bands first lineup. After five hit singles at home, including the number one "Great Wall," another single, "Her Charity," did well in getting them noticed in the States, as did "Onion Skin" (a Top Ten rock chart hit) and "Talk About It" from the band's second LP, 'These Here Are Crazy Times'.
However, the hand of fate that helped bands such as INXS, Icehouse, and Midnight Oil find success abroad eluded Boom Crash Opera, and many critics argue that they deserved wider acclaim and recognition. Further misfortune would occur upon the departure (due to tinnitus) of Pleasance, as well as wrangles with their label. 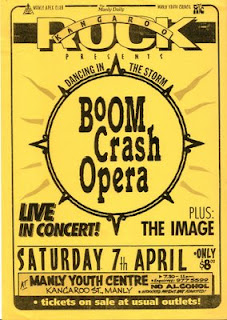 They finally settled on BMG for their next album, 'Fabulous Beast', which marked the debut of Pleasance's replacement, Ian Tilley. Many more singles were notched up in Australia, culminating in a 1998 best-of appropriately titled 'Best Things', after which O'Connor left.
Pleasance went on to produce other artists such as Deborah Conway (Do Re Mi) and Noiseworks' Jon Stevens; he also worked with Suzanne Vega and Elvis Costello. Two Pleasance solo albums, 'Galleon' and 'Colourblind', were issued by John Farnham's Gotham Records. [ Extract from Kelvin Hayes, All Music Guide ]
.
Album Review
From the opening percussive chaos of "Onion Skin" to the final reverberations of "Super Heroes", this album is a melodic and toe tapping treat. Some of the production is a bit shrill by today's standards, but there is just so much to like here. The butt swaying swing of "Dancing in the Storm" probably rivals the ecstacy laced joy of "The Best Thing" as best track on album, with "Get Out of the House" following closely for third place.
There is a reason why songs from 'These Here Are 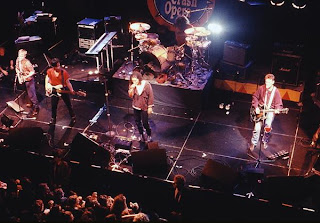 Crazy Times' dominate Boom Crash Opera's greatest hits album 'The Best Things' and that is quite simple, 1989 is when they topped the charts like never before and released their best songs.

Now, some of these songs do deserve to be left in the shadows. "Mountain Of Strength", for instance, is a dreadful tune, and while "Onion Skin" may be a fun little party number live, it wears very thin on the album within just a couple of listens. The album is much better off with such whimsical gimmickry skipped; "Where There's A Will" is a stronger place to begin a listen. And that leads me to the final point I want to make - there are plenty of solid songs here, perfectly enjoyable and satisfying to listen to; they are really just not on a par with "Dancing In The Storm". "Get Out Of The House", "The Best Thing" and "Talk About It" are however justification enough to venture into the shadows and give this LP a listen.
. 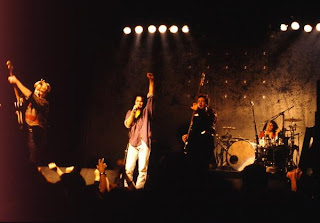 The rip was taken from CD and has been posted in FLAC format for your pleasure. Also included is full album artwork and some choice photos of the band (mostly sourced from Boom Crash Opera's MySpace Page with thanks).
If you are interested in sourcing something different for Boom Crash Opera, then try the great megamix of their hits, put together by Tom Mix Oz Music
.

UPDATE: This album has been reposted with an improved format and now includes additional bonus tracks taken from a 12" single (thanks to Mustang for supplying the single)
.
Track Listing
01 - Onion Skin (3:28) 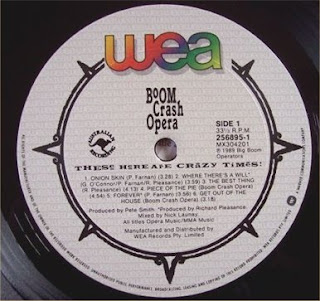 Posted by AussieRock at 4:21 PM