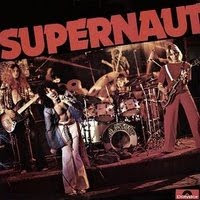 Against all odds, Perth band Supernaut became one of Oz's most popular bands in a matter of six months. The four original members (Randall Murphy on bass was replaced by Phil Foxman) came to Melbourne with their manager from Perth, in April 1976 and sunk every cent they had into recording their first single "I Like It Both Ways" at the Armstrong Recording Studios.
Appearances on Countdown plus controversy and various bans over the song's lyrical content combined to make the song a national hit, reaching #1 in the Australian Charts.
Supernaut consisted of singer Gary Twinn, guitarist Chris Burnham, drummer Joey Burnham and Phil Foxman. Their coast-to-coast assault of Australian audiences along with Hush ensured that their debut album went gold and in fact sold an unbelievable 8,000 copies on the day of it's release. 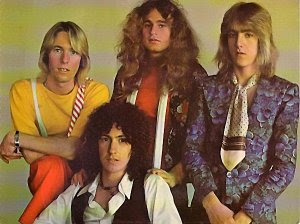 In addition to this success they coasted in with the award for the Most Promising New Name in the 1976 RAM magazine Rock Poll. RAM writer Mark Alchin was in attendance at a press reception for the band in November and reported the following:
.
Phil contacted the band after it was advertised in these hallowed pages (read - RAM mag) that they needed a new bass player and bang, he was in. It was the old 'I'm doing my Higher School Certificate but I'd rather be playing in a R&R band' frustration, but this time it was fulfilled.
At that time Phil was a member of the highly rated, but now defunct Sydney band White Heat.
In talking about the band's current amazing successes and the obvious effects this has on the guys' lives, Phil admits to being a bit pissed off with the trimmings, such as this press reception at which he is now a featured attraction. 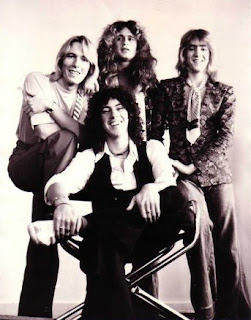 "I just want to be a musician and not a pop star. I like playing but I don't like all this sort of thing" (he indicates the room full of people we're standing in).
Actually Phil's attitude and dress indicate the general rebelliousness evident in most of yer average street punk heroes. He says that the other three feel basically the same way, but they deal more in compromise than does he. "I love the guys in the band, they're like brothers now" was his parting statement.
Indeed the guys live together when they're not touring and they have a sort of brotherly relationship. When one of them looks at another across the room they have an instinctive signal code that keeps them in contact without them having to say anything.
The guys are remarkably 'together' for a band that was thrust from being unknown to a two-hit-single-and-top-concert-band atmosphere in a matter of months. They tend to communicate fully only between themselves and their manager Robbie Williams and outsiders are given a nice but shallow treatment from them.
Official announcement. The joke about their name being Super-Naught (as in zero) can now be forgotten. [article by Mark Alchin, RAM #48, p7 'Supernaut: Too hot to be touched']
. 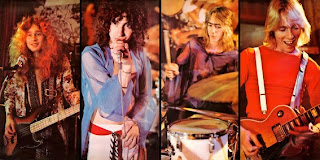 Album Review
This is an amazing mature album for a band so young, in age as well as in years in the business.
The cover unfortunately enhances their reputation as a teen band which, in fact, they are not. At least musically, if not in general appeal.
Both the singles, "I like It Both Ways" and "Too Hot To Touch" are included and there are a number of stage favourites like "Space Angel" and "Leftover Ladies".
Overall the pleasing feature of the album is the imagination poured into much of the production (which is largely by the group themselves). They haven't fallen into the trap of throwing so much into the tracks that they are unable to recreate the sound on stage. In fact, I saw them at a concert recently and they reproduced most of the sounds here almost exactly.
Generally the performance is professional and polished. 18 year old Joe Burnham's drums are a standout while brother Chris carries rhythm and lead guitar with sureness of someone twice his age. New member Phil Foxman's bass playing fits exactly into the mould that the band have made for themselves. Gary Twinn's vocals are at once youthful and seasoned and his squeak mannerism which is prevalent throughout is all interesting characteristic. 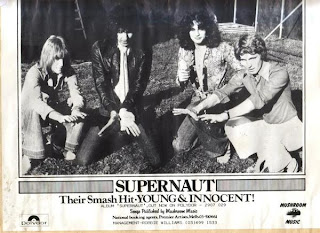 "Living A Lie" has an impressive synthesiser part but isn't really catchy enough to stick in the mind. "Too Hot To Handle" of course is the current single.
It features imaginative lyrics and is well structured. "Space Angel" is basically unmemorable, it's an old song of theirs which may explain that. "Mountain Song" is the most immediately impressive track (apart from the two singles) it features a stable shift from electric to acoustic, some impressive vocals from Twinn and a break in the middle where it becomes a sort of Mountain Song Part 2 - the beginning of which is highly reminiscent of parts of Tubular Bells. "Contacts" and "I Like It Both Ways" continue the run of plus tracks with good beats and memorable melodies. Another minus track ends the run, "Mover" does everything but move. It just lies there.
Status Quo would do well to incorporate "Left Over Ladies" into their repertoire as much of the song has that familiar Quo four-beat-in-the-bar-rock-em-up sound and some interesting vocal exchanges on the title line. "Goodbye" closes the album and is, for me, the LP's finest track. The chord changes, vocal harmonies and overall sound are immediately appealing and it makes a good going out track.
Thank God that the band has not fallen into the 1001 traps that most young bands fall into when recording debut albums. Here's looking forward to Supernaut No.2 [Reviewed by Mark Alchin, RAM #48 Dec 31, 1976]
.
In 1978 Supernaut relocated to Sydney and shortened their name, their hair and changed their attitude. They opted for punk/new wave garage style and became "The Nauts". They released an album (produced by Robie Porter) called 'The Nauts' in 1978. The album was widely acclaimed by critics but sales were not forthcoming and they disbanded in 1980.
.
Rip taken from CD in full FLAC format with full album artwork and photos. Also included is a scanned copy of the album review as published in RAM No.48.
.
Track Listing 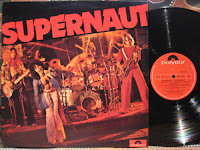 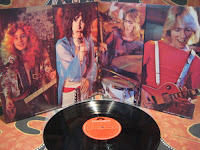