(U.K 1971 - Present)
.
This post is a compilation of three Budgie performances which span the first 14 years of their classic years together, featuring some rare radio dialogue by the famous Radio One DJ - John Peel. His thirty-eight year career as a radio DJ for Radio One and wildly popular Radio 4 show 'Home Truths' is the stuff of legend and the bands that he championed through the years are too numerous to mention - David Bowie, Roxy Music, T-Rex, Joy Division, the Smiths and of course Budgie.
The John Peel sessions were done when Budgie first hit the airwaves in England with their 2nd LP 'Squawk' and it is interesting to hear John struggle with the pronunciation of Tony Bourge's surname. Actually this seems to fit his profile perfectly, from what I have recently read in his autobiography 'Margrave of the 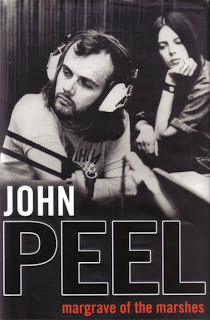 Marshes'. John struggled throughout his whole school life and was not academically inclined. Needless to say, his achievements in life did not come easy, and it was his passion for music that drove him to the top.
I suspect the 4 tracks which John played were taken directly from Budgie's LP's and not pre-recorded in the studio as some bands would do in later years.
Note: These 4 tracks were previously released on the long-deleted 'Heavier Than Air - Rarest Eggs' in 1998, which was a compilation of tracks culled from BBC and US radio sessions between 1972 and 1978.
.
The second section of this post is taken from a gig that Budgie did in the Walsall Town Hall on June 6th 1980, exactly 30 years ago to the day! It is interesting to note that the track "Can't Get Up In The Morning" was not released officially until the 2004 on the 'The Last Stage' album.
Most of the tracks played at this gig came from their then current EP 'If Swollowed Do Not Induce Vomiting' and soon to be released LP 'Power Supply'. It is also worth noting that 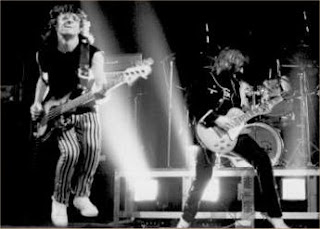 the lyrics for several of their new songs ended up being different on the LP, namely "Time To Remember" and "Reaper Of The Glory" which was deferred for their 1981 release 'Nightflight'
It is also worth noting that Budgie's latest arrival, 'John Thomas' on guitar, is featured heavily in this recording, giving their older material a new lease of life, in particularly "Breadfan" and "Napoleon Bona-Parts One And Two".
.
Finally, the third section of this post was recorded at a time when the band was at a low and disbanded some time shortly after. The gig starts with Steve Williams thumping out a repetitive beat which almost becomes annoying before leading into "Crime Against The World" and the quality of playing there 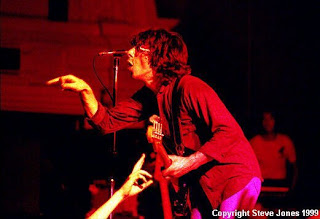 on is a little 'average'. One can almost sense the tension in the air during the concert and comes to a climax when Shelley screams at the crowd "Come on ya #@ucker's, let me see ya" towards the end of Breadfan.
Nevertheless, the concert covers a good selection of material with most tracks coming from their last three albums, and another new track "Rock Your Blood" is showcased which would only be released officially on their 'Last Stage' album in 2004.
So there you have it, a double CD of rare and live material from a band that really can knock you down with a feather ! Play it loud.
.
The rip was compiled from several sources on the web (thanks to the original uploaders) and the album artwork was sourced from prockrarecollectionfetish.blogspot.com along with photos by Steve Jones. The mp3's vary in bitrate from 160kps to 320kps but the quality of recordings are still very good (probably soundboards).
.
Track Listing 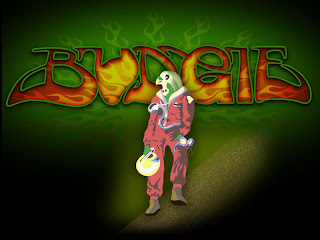