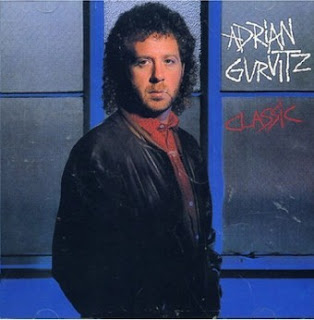 urvitz (until the early 1970s he used the surname Curtis and then took the family real name, Gurvitz) is mostly known for the 1982 worldwide hit ballad "Classic". This is in total contrast to his first chart success in 1968, as the lead guitarist/singer with the band, The Gun. The Gun's only UK Singles Chart success was "Race With The Devil". This song was revived by Girlschool, who are still touring by the way.
Ironically, The Gun was originally billed as a "psychedelic/crossover" band, plus "Race With The Devil" was just a whimsical experiment, with a mixture of orchestration and hard rock.
Gurvitz was also the lead guitarist in the band Three Man Army, (together with his brother Paul Gurvitz). Their album, Third Of A Lifetime (1971), predominantly featured a selection of hard-driven blues tracks such as "Butter Queen", but also featured the melodic instrumental title track. The album is now available on a remastered CD format. Adrian Gurvitz also recorded on a 1973 album with Buddy Miles, which received virtually no airplay or recognition.
. 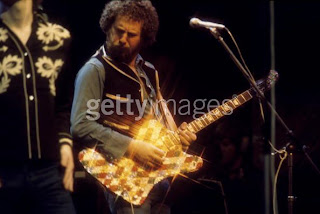 After Three Man Army split, the Gurvitz brothers teamed up with Ginger Baker to form The Baker Gurvitz Army. They released the vinyl albums Baker Gurvitz Army (1974), Elysian Encounter (1975), and "Hearts on Fire" (1976); on which they added vocalist Snips from the band Sharks. After this they also got together with Graeme Edge for two albums for Threshold - Kick Off Your Muddy Boots (1975) and Paradise Ballroom (1977); both albums being illustrated by Joe Petagno [(extract friom wikipedia]
For a more complete biography, see popedelos80
Without trying to state the obvious, the title track on this album is itself a 'classic' with lyrics and a melody that unforgettable. In fact, Gurvitz manages to rhyme 'classic' 'attic' and 'addict' in three consecutive lines of the first chorus. Nice going, Mr G!
If you haven't had the time to listen to this 'classic album' of the 80's then it's time to catch up and enjoy some great music from a talented vocalist and guitarist. Enjoy!
Rip was taken from vinyl at 320kps and includes full album artwork. The post also includes the bonus B-Side single "Runaway" (flip side of "Classic") which was not included on the album.
This album is a classic ! (pun intended)
.
Track Listing
01. No Fears In The Night
02. Living Ain't Easy Without You
03. Clown
04. Hello New York
05. Your Dream 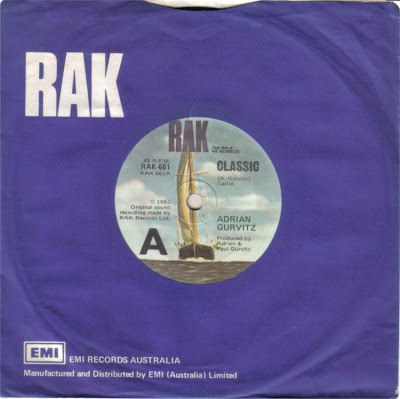 Posted by AussieRock at 9:08 PM