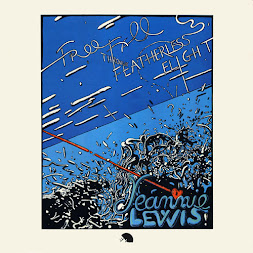 Jeannie Lewis is widely acknowledged as one of our most accomplished, versatile and passionate Australian vocal artists, and a performer whose work crosses many musical boundaries.Jeannie started her singing career on the Sydney folk and jazz circuit in the mid-1960's then moved into the rock scene in the early 70s, establishing a strong reputation through her dynamic performances and powerful interpretations of songs both on stage and on the outstanding recordings she made in those years. During the 80's and 90's she continued to develop and broaden her career, with roles in musical theatre and the unique one-woman cabaret shows that reflected her growing love of Latin music, and her commitment to the often-underrated role of women's voices in music. Jeannie can adapt her voice to a large and eclectic range of material -- folk, rock, blues, opera, torch songs, Broadway tunes, tango and jazz -- and she is recognised both here and overseas as a peerless interpreter, with a rare ability to make almost any material her own. 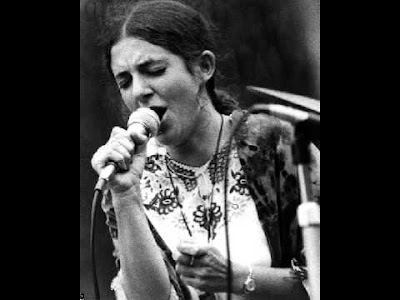 Jeannie In The 70's
In 1970, Lewis performed with Tully in an ambitious rock performance named Love 200 which involved 2 vocalists, a rock band, a Lightshow from Roger Foley-Fogg aka Ellis D Fogg and a Symphony Orchestra. Created by Peter Sculthorpe it was written to commemorate the Captain Cook bicentennial and explored themes of Captain Cook's journey to plot the transit of Venus in 1770, the voyage that led to his "discovery" of Australia. Also in 1970 Lewis had a band named Gypsy Train. In March 1971 Love 200 travelled to Adelaide and this time Lewis performed with Fraternity, fronted by Bon Scott, and the Melbourne Symphony Orchestra. Lewis also appeared on the Ray Price Jazz Quintet album Spectrum, and in April performed at the Timeless Trip at Fairlight with eight other performers.
In 1972, Lewis performed the songs for an Australian B-grade rock musical/science fiction/fantasy movie Shirley Thompson vs. the Aliens, directed by Jim Sharman and noted for being "loathed by underground art-house and commercial managements alike", and in an ill-fated rock opera Terry and Frankie. 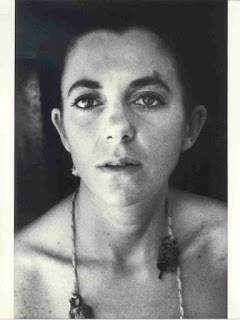 In 1973, EMI issued Jeannie's classic debut album, Free Fall Through Featherless Flight, arranged and directed by Carlos. Its cover was designed by renowned Australian artist Martin Sharp whose first record designs were the classic psychedelic covers for Cream's Disraeli Gears and Wheels of Fire LP's). The superb list songs included some fine Australian compositions like Jeannie's inimitable renditions of Graham Lowndes' "Till Time Brings Change", Company Caine's "It's Up to You" and Billy Green's setting of the Dylan Thomas poem "Do Not Go Gentle" (which Billy revisited the following year with Doug Parkinson on vocals, for the soundtrack of Sandy Harbutt's movie Stone). Other tracks include Some Book of Life" (a collaboration between Patrick Flynn and Reg Livermore) and "It'll rise again", an excerpt from Love 200, co-written by Peter Sculthorpe and Tony Morphett.

According to Australian musicologist, Ian McFarlane, "[it] included a breathtaking array of material like Graham Lowndes' 'Till Time Brings Change', Gulliver Smith and Jeremy Noone's 'It's Up to You' and Billy Green's adaptation of the Dylan Thomas poem 'Do not Go Gentle'." Fellow singer-songwriter, Bob Hudson, observed, "her appeal lies in the fact that when she is singing, what's happening up there on stage is for you, the audience, and you can feel it. She bleeds for the people she's singing to — she expresses the human condition." Jeannie's second album was the live-set Looking Backwards to Tomorrow (In and Out of Concert), featuring another wide-ranging set of material, included her versions of Ray Davies "Celluloid Heroes" (also covered a couple of years later by Reg Livermore in Betty Blokk Buster Follies), Dory Previn's "Scared to Be Alone", Stephen Sondheim's droll "Ladies Who Lunch", another powerful Graham Lowndes song, "The House is Burning", and the Reverend Gary Davis' "Cocaine Blues", on which Jeannie was backed by The Foreday Riders. "Celluloid Heroes" b/w "Rocelli Kaharunta" was issued as a single, and the American label Mainstream released the album in the USA.

Jeannie's next record was an ambitious double-album set Tears of Steel & The Clowning Calaveras (1976) which recreated her famous series of concerts held in November 1975. She drew the initial inspiration for the project from the poem Tears of Steel by Chilean writer Pablo Neruda, and from the 'Day of the Dead' ceremony, held annually in Mexico on the Catholic feast of All Soul's Day. This unique festival, in which people parade with `calaveras' (mock skeletons) in "a burlesque parody of life and death", is ostensibly a Catholic ritual, but is in fact a remnant of ancient pre-Columbian Aztec ceremonies. 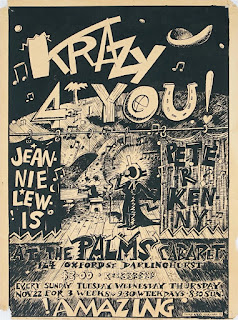 Again, Lewis and musical director Carlos put together an powerful and eclectic set of songs, including Phil Ochs' "The Crucifixion", Graham Lowndes' "Rising of the Tide", the Jimmy Webb classic "The Moon's a Harsh Mistress", The Fugs' "When the Mode of the Music Changes", Bowie's "All the Madmen" and Dory Previn's "The Game".
In 1975, Lewis was awarded a grant from the Australia Council for the Arts to study overseas and spent two years in Central and South America. In 1979, with her band Jeannie Lewis and the Company She Keeps she created and performed a series of shows titled From Maroubra to Mexico. Later that year she supported John McLaughlin on his Australian tour. 'Krazy For You' was the cabaret Jeannie devised and performed in 1979–80 (see billboard poster left)

Till Time Brings Change came out in 1980, and Lewis appeared in the leading role of Piaf at the Comedy Theatre in Melbourne.
[extracts from Milesago and PeoplePill.com]
This post consists of FLACS ripped from vinyl and includes excellent hi-res album artwork with label scans.   Although I have a vinyl copy of this album (along with most of her other releases) it is not in the greatest condition, and so I have used a mate's rip and artwork. [A big thankyou to Sunshine for this excellent post].   I first heard this album when I borrowed a copy from the Geelong Library back in the mid 70's. I had no idea who Jeannie Lewis was but I think I was initially attracted to the great album cover and title.  Although the music was very different to what I was normally listening to at that time, I was blown away by the track "Do Not Go Gently" with its catchy riff (played on harpsichord and moog synth) and vocals. Over time, I have come to fully appreciate the remaining tracks on this album and now listen to it from start to finish, having tracked down my own copy back in the 80's.
So if you haven't heard this album then I suggest you give it a listen and 'Do Not Go Gently' - you won't be disappointed
Track List 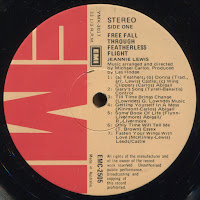 A1  a. Feathers b. Donna c.Wing Clippers
A2  Gary's Song
A3  Till The Time Brings Change
A4  Getting Yourself In A Mess
A5  Some Book Of Life
A6  Only Time Will Tell
A7  Fasten Your Wings With Love
B1  a. Motherless Child b. It's Up To You
B2  The Stream Will Never Stop Flowing
B3  a. Quote b. Do Not Go Gentle
B4  It'll Rise Again
B5  a. You Like The Sun b. Musee Des Beaux Arts c. Bits And Pieces Of Falling Feathers 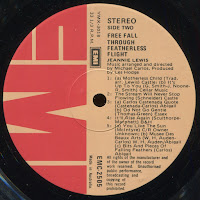