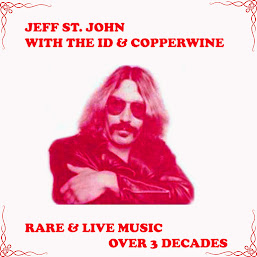 A chance meeting of four young men at the Sydney Musician's Club in 1965 marked the beginning of the professional singing career of 19-year-old Jeffrey Leo Newton, born in Newtown on April 22, 1946 and educated at Cleveland Street Boys High. He had been singing since the age of eight in talent quests staged by radio station 2GB. At 15 he had a role as a featured vocalist on the Nine Network's Opportunity Knocks and was seen often on television.

The product of that meeting at the Muso's Club was The Syndicate, later renamed The Wild Oats and eventually The Id – hailed then as the "finest soul/rhythm & blues outfit that Sydney had been blessed to contain". They opened at the city's first real discotheque, Rhubarbs, and cut their debut single Lindy Lou. There was little commercial success forthcoming for that and two subsequent singles and it was not until 1967, after they had accepted a three-month residency at North Sydney's Here Disco, that waves began to build. Word soon spread about this mind-blowing funky band and their freak-voiced singer who could scorch the paint off walls with his high notes. Every night the venue would be packed to the gunwales and each night the roaring, finely-controlled voice of Jeff St John would win more converts for life. 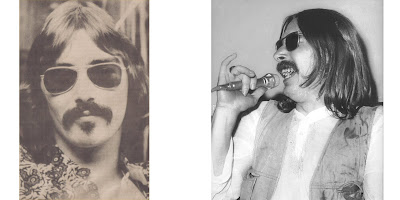 A fourth Id single, "Big Time Operator", exploded in February 1967, streaking to number seven nationally. They opened for the Roy Orbison/Walker Brothers/Yardbirds tour and undertook a riotous season at Melbourne's Thumpin' Tum. Riding high on his popularity, St John penned and sang an award-winning Sunaroid 67 radio commercial which, when issued on a promotional disc, proved to be almost as successful as a hit single. 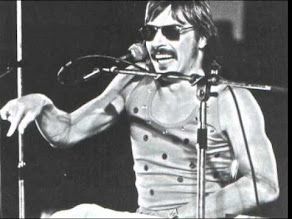 After a second hit with "You Got Me Hummin", The Id splintered. St John continued on with a new band, Yama, a single called "Nothing Comes Easy", and a four-month bout in hospital which proved that title correct. Afflicted with congenital spina bifida since birth, he underwent a leg operation that proved a failure. Whereas he had been able to appear on stage with the use of calipers which gave him a reasonable amount of mobility, he was now consigned forever to what he saw as a dreaded wheelchair.

Down but certainly not out, he would come to use his wheelchair with a level of speed and aggressive determination that had many feel they were watching a basketball match at the Paralympics. An eventual offer of a few lowly paid gigs in Perth gave him the opportunity to return to the stage and build his confidence. He assembled a new band there in 1969.
Jeff St John's Copperwine was hailed as "a truly magical outfit", with an exhilarating mixture of fine musicianship, intense emotional vocals and a definite uncompromising direction. They soon trekked across the continent to become founding fathers, with Tully and Tamam Shud, of a flowering Sydney progressive concert scene. 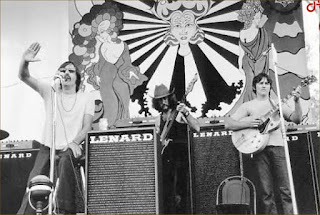 These bands ruled the all-important 'head' circuit, including the pioneering and pivotal 1970 'Ourimbah Festival'. Alongside Melbourne heavyweights like Chain, Billy Thorpe & the Aztecs and Max Merritt & the Meteors, St John's crew picked up Ourimbah's 10,000 happy hippies, crumpled them with searing heartfelt vocals and hurled them, metaphorically, across the field. By the third encore he was clawing at the air with violent emotion, the intensity matched only by the mesmerised roar of the audience. It is said that all who left the farm had a piece of Jeff St John lodged in their guts.

Two months later the Joint Effort album was released, to strong sales. Chain's occasional vocalist Wendy Saddington came on board for a time, giving Copperwine a two-pronged vocal assault on stage that is still talked about. At the end of 1970 the band was riding high with the national hit "Teach Me How To Fly". For many of his devoted followers there was something symbolic about that particular song and their memories of the man.
There was a second, lesser hit with "Hummingbird" and then, like the Id and Yama, the band, at least with St John out front, was no longer there. It is said there were bitter arguments about his songwriting aspirations.

Plainly, St John wanted things done his way and, throughout the Seventies that is basically how it unfolded. With his new Jeff St John Group he took second place to Sherbet in the 1972 National Battle of the Sounds, then entered the studios to cut his first solo single, "Yesterday's Music", coupled with his composition, "In The Window of Your Love".

He landed the support role on national tours by Bo Diddley, Chuck Berry and Gary Glitter. Diddley was so enamoured by St John's vocal virtuosity that he invited him back on stage each night for high-flying duets. The prestigious A&M Records issued Yesterday's Music in the US market.
On the eve of a seven-month working visit to Britain, on December 27, 1973, St John bade a dynamic farewell to an exceptional year, one which had seen him collect an Outstanding Vocalist of the Year gong, with a concert at Sydney Opera House.  Recorded for the album 'Jeff St John Live', it included a song that seemed to sum up his view of life – Richard Clapton's "I Wanna Be A Survivor".

After his British stint, critic David N. Pepperell wrote: "It is obvious that St John's voice has improved, like a fine wine, with age. Its power seems limitless, its phrasing is precise and meaningful and its sweetness is like honey dripping from a hive." Unfortunately, such praise did not reach the ears of radio programmers, who all but ignored his 1975 self-penned singles "Mr James" and "Reach Out And Touch Me". 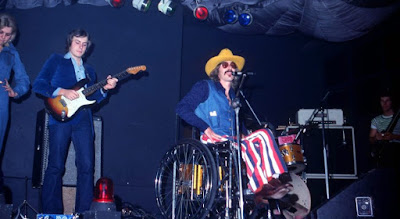 For a decade, St John had spoken hopefully of a solo album. After a couple of quiet years – during which he maintained a band called Red Cloud and again supported Bo Diddley — he returned to prominence with that very album. Signed to Warner Brothers, it was released on the Asylum label and gave him top 20 hits with A Fool In Love and Rock'n'Roll Man.

St John's disability had never made it easy for him to pursue a career as physical as live rock, though he rarely allowed it to conquer him. As a member of the spina bifida support group Mosaic, he was involved in educating people about disabilities, in association with Dr John Yeo the director of the Royal North Shore Hospital spinal unit.
"If we prevent one person from ending up in a wheelchair we've done our job" he told the Sydney Morning Herald. He sang the national anthem at the 2000 Paralympics in Sydney.
"I love my country," he would say "and this allowed me to be crazy for more years than I can remember."

His challenges and his victory over them proved inspiring to many. In 1980 he was the subject of an episode of Peter Luck's TV documentary series The Australians, titled Jeff St John – Rock'n'Roll Man. During the Bi-Centenary celebrations of 1988 he participated in a video shoot at Uluru for Celebration Of A Nation. In 1985 he portrayed himself in two episodes of A Country Practice, and finished the show with a live rendition of "Sandman" (see below)
He settled in Perth in 1996, a city that had been key to many stages of his career. He pursued his interests, such as motor sports and vehicles, and thanks to an old friend that he reconnected with, 'Ace' Follington, he returned to performing on a local level, as Jeff St John & the Embers, commenting "I'd been divorced from singing for so long I'd lost sight of the fun involved!"
And so, a show evolved consisting of the classics from the 30' and 40's by writers/composers like Rogers & Hammerstein, George & Ira Gershwin, Errol Garner, and an interesting arrangement of Lennon & McCartneys' "You Can't Do That". The CD finishes off with De Sylva, Brown & Hendersons' "Birth of The Blues".  It worked, Jeff and the band started a 4 week season at Clancys in Fremantle, Perth, that turned into a 72 week season! Jeff blames Ace for bringing him out of retirement, but if he hadn't, Perth and Australia would have been without one of the best vocalists to ever come along.

There was the 2001 independent album 'Will The Real Jeff St John PLEASE Stand Up?', of Tin Pan Alley standards.  In 2015 his autobiography The Jeff St John Story: The Inside Outsider was published.
Sadly, Jeff passed away on the 6th May, 2018 at the age of 71, as a result of a bacterial infection following surgery.   [Extracts from an article by Glenn A. Baker March 8, 2018 - Sydney Morning Herald and Jeff's Website] 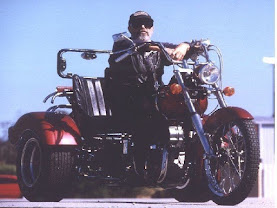 This post consists of  MP3's (320kps) and was sourced from Deutros with thanks, along with artwork. This home-made compilation of live tracks stems from Jeff's early days when he played on Bandstand and extends to his cameo role on the Australian sitcom 'A Country Practice' from 1985.
I have been slowly working my way through re-runs of this show and came across the 2 episodes that featured Jeff playing himself along with one of his 3-wheeler motorbikes.  It was this close encounter that prompted me to post this 'compilation gem' here. Although I was impressed with his acting skills, it was his final performance of America's hit "The Sandman" at the Wanden Valley RSL club that really caught my attention. What a star, and absolute star he was. I've included the video clip above for your entertainment and he really does a crash hot rendition.
Track Listing 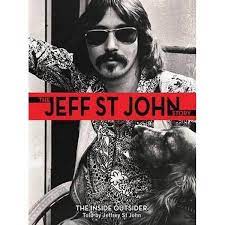