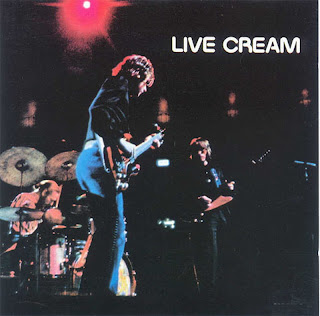 Cream were a 1960s British blues-rock band and supergroup consisting of bassist/vocalist Jack Bruce, guitarist/vocalist Eric Clapton, and drummer Ginger Baker. Their sound was characterised by a hybrid of blues, hard rock and psychedelic rock, combining Clapton's blues guitar playing with the powerful voice and intense bass lines of Jack Bruce and the jazz-influenced drumming of Ginger Baker.
It's hard to know where to start when talking about Cream. In 1966, Eric Clapton was widely considered one of the best guitar players in rock 'n' roll, and after he left the Yardbirds, he got hooked up with Ginger Baker, a phenomenal drummer himself. After the two jammed together, Baker asked Clapton if he wanted to form a new group; Clapton agreed, but only on the condition that bassist Jack Bruce—who he had played with in John Mayall's Bluesbreakers and Powerhouse—be brought on board.
With Bruce in the fold, the group hit the studio in July of 1966, and their debut, Fresh Cream, was released in December of that year. Though it was not an automatic commercial smash, it features some of the most beloved rock songs ever recorded, including "I Feel Free," "Spoonful," and "I'm So Glad." Rolling Stone magazine ranked it the 101st best album of all time.
. 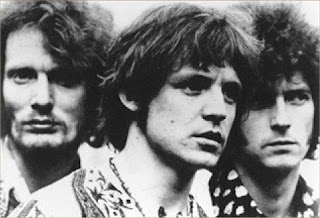 For their follow-up, they dialed back the blues a bit and went for a more psychedelic approach. And it worked. Disraeli Gears easily outsold its predecessor, and it helped Cream book its place in the pantheon of rock's greatest bands. With tracks like "Sunshine of Your Love," the trio also conquered America, hitting No. 4 on the Billboard Album Charts.
Sadly, Cream would only release two more albums, 1968's Wheels of Fire and 1969's phenomenal swan song, the aptly named, Goodbye. Though Goodbye only featured four new studio recordings, one of them, "Badge"—a song that Clapton wrote with George Harrison (who's wife, Pattie Boyd, Clapton famously went on to marry)—is one of the group's finest songs.
Like so many great artists from the era, their run was too short. Internal turmoil between the members, especially between Bruce and Baker, led to the group splitting up in May of 1968. But lucky for us, it was a hell of a prolific three years.
. 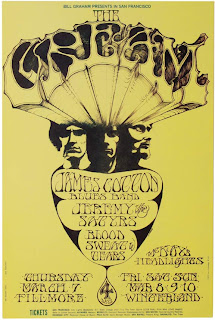 Live Cream (Vol 1) is a live compilation album by Cream released in 1970. This album is comprised of four live tracks recorded in 1968 at Winterland and The Fillmore, and one studio track "Lawdy Mama" from 1967, recorded during the Disraeli Gears sessions. The instrumental track for "Lawdy Mama" is the same chord progression as heard on "Strange Brew" with a different vocal and guitar solo by Eric Clapton.
My first experience with hearing Cream was when my brother bought this live recording and played it at full volume one Saturday afternoon when our parents were out. Needless to say, I was totally blown away by the heavy bluesy music I was hearing and on many occasions after this 'initiation by fire' I borrowed his album to play in my room, with the headphones on. I eventually bought the LP off him (and purchased Live Vol 2) and still play it today - some 40 years later !
This rip was taken from CD at 320kps and includes full album artwork along with select pictures taken from the 1968 Winterland Concerts.
.
Track Listing
01 - N.S.U. (March 10 1968, Winterland, San Francisco)
02 - Sleepy Time Time (March 9 1968, Winterland, San Francisco)
03 - Sweet Wine (March 10 1968, Winterland, San Francisco)
04 - Rollin' and Tumblin' (March 7 1968, The Fillmore, San Francisco)
05 - Lawdy Mama (Studio Recording from Disraeli Gears sessions, 1967)
.
Band members:
Eric Clapton - guitar, vocals
Jack Bruce - bass, vocals, harmonica
Ginger Baker - drums
.
Cream Link (80Mb) New Link 28/10/2014
.
Posted by AussieRock at 8:37 PM