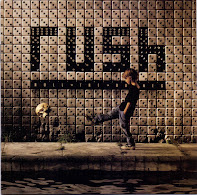 Rush is known for its musicianship, complex compositions, and eclectic lyrical motifs drawing heavily on science fiction, fantasy, and philosophy. The band's musical style has changed several times over the years, from a blues-inspired hard rock beginning, later moving into progressive rock, and including a period marked by heavy use of synthesizers.

As the '80s drew to a close, Rush were gradually been moving away from the keyboard-dominated sounds they had so embraced earlier in the decade. With 1989's Presto, they began to put the guitar back to the front of their sound, much to delight of older fans. That path became even more focused with Roll the Bones, which was released on Sept. 3, 1991

"The album is kind of based on the concept of chance," said Geddy Lee in a 1991 interview. "The way it affects our lives in obvious and not-so-obvious ways," and calling it "a new beginning" for the band. It's obvious from the start of "Dreamline" that the band were invigorated, and though keyboards are still in the mix, the guitar is back where it should be, especially when Alex Lifeson lets loose with a blistering solo mid-song. 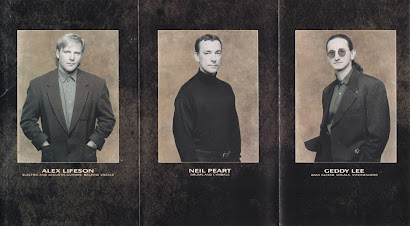 The title cut featured a surprise for fans, a "rap" section, performed by Lee, who had his voice electronically altered. In hindsight, it has less to do with rap music of the era, playing out with an almost sci-fi meets beatnik vibe. Ultimately, the song's lyrics zero in on common concerns and questions, with the semi-existentialist coupling, "Why are we here? Because we're here!"

Lyricist/drummer Neil Peart was constantly revamping his approach to lyric writing. "It is the ultimate statement in spite of all these questionings and thinking about contingency and the accidents that can happen in life," summed up Peart on the idea behind the lyric. "You can't remain sort of helpless facing a universal futility; you gotta do something, really. Either do something or not do something, so I thought, choose the risk, choose the adventure."

Though "Face Up" and "The Big Wheel" are both straight-ahead guitar-centered rockers, they are still covered in that overly glossy '80s production style. "You Bet Your Life" ends the album on a very upbeat, powerful, and melodic note. The path from high gloss to harder edged sounds would be complete with 1993's Counterparts.

"Roll the Bones" was another big hit for Rush, hitting No. 3 in the U.S. and Top 10 in the U.K. and going on to sell more than a million copies. "This album had a real flow to it, a real strong, effortless flow," recalled Lee. "We spent a long time writing, probably longer than we've ever spent writing. We spent 10 weeks writing and rehearsing, which is probably why the recording went so quickly."
[extract from ultimateclassicrock.com] 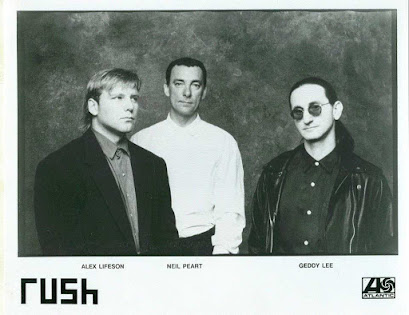 When Rush is touring, drummer Neil Peart's peace of mind depends on giving a good performance. "My whole life hinges on how well I played last night," he says. "It's so important and so critical that a show day is like nothing else. I judge my whole reality based on how well that two hours on stage go." That's the kind of uncompromising professionalism that has propelled the trio to become the most respected of Canadian rockers.

But 18 years ago, neither the band members - Peart, guitarist Alex Lifeson and singer-bassist Geddy Lee - nor the critics would have predicted that the band would become so firmly established. They've released 14 studio albums worldwide. They own their own record company, Anthem Records, and each band member makes a comfortable living. They even have a health and dental plan for their roadies. Not bad for a band that used to play every high school dance north of Toronto.

The band is three weeks into a world tour, backing the newly released 'Roll the Bones' album. They perform at the Civic Centre Tuesday. To some, the enduring appeal of the music lies in its consistency - complex lyrics over intricate bass and drum work, with Lee's soaring vocals providing a distinctive hook. But from Peart's perspective as a musician and songwriter, the playing and writing has changed enormously during the years. "To me, early things are like your fridge paintings from Grade 2 that your mom used to hang on the fridge. You grow out of them and you're either embarrassed or a bit nostalgic about them," he says. "That's probably a good analysis with the early stuff for me. For me, anything much before 1980, I don't honestly relate to in any direct way anymore. As with anybody, you look back at your adolescence and it could be, maybe not embarrassing, but uncomfortable at least. "I've become much better at communicating ideas and sensations and responses to things," he says.


Although Peart sounds like a hard-to-please perfectionist when he talks about his work, he is happy with the new album. The song "Ghost of a Chance," for instance, is a rare Rush love song. The band usually shies away from love songs because they tend to sound shallow, Peart says. "Falling in love, as everyone knows, is a pretty common occurrence. But beyond the falling in love, to create a real enduring love is an effort of will and discipline and sacrifice and all those other things that are work in a sense." "I was able to address a nuance of love like that, just through having the technique of being able to think about it and then verbalize it with exactly the right words."
In the past few years, Rush has enjoyed a growing sense of respect from a wider audience. Peart speculates that it may be because of renewed interest in heavy metal. While Rush's music is more accurately termed progressive rock, it's often been lumped in with metal. And that used to bother Peart. "Three or four years ago, the definition of heavy metal was pretty lame," he says. "Now it's actually a very respectable genre. In fact, it's often attributed as the return to real music and real musicians. "Before we were guilty by association and now we're kind of heroic by association. We're still doing the same things and growing our own way but suddenly everything's changed around us."

Rush fans who discovered the band in the early days have grown up with the band. Many are now in their 30s with careers and families. Peart says he's beginning to see fans in the audience with their spouses and children.
And the fans are definitely a devoted bunch. Rush has been bombarded with petitions from fans in certain Canadian cities, including Ottawa and Halifax, to bring the band to their town. Peart received the Ottawa petition, started by a local radio station, when the band was in rehearsal. After checking with the band's manager he faxed back a positive reply. "At the time, we didn't know exactly when but those things do matter. You hear about something like that and you want to respond to it." [extract from www.2112.net]

This post consists of FLACs ripped from my cassette tape, which has been rarely played. I'm not sure how I missed this one on vinyl, as I own everything they put out on the black plastic. Full artwork has been sourced for Vinyl and CD, and of course my cassette artwork is also included (containing an extensive foldout booklet)

I fell in love with Rush around the time when they released their 1st / 2nd albums, comparing them to another power trio called 'Budgie'. Geedy Lee even had a vocal range similar to Bourke Shelley).

I spotted their first 2 albums in the bargain bin at Brash Suttons in Geelong and was ecstatic when I played them for the first time. I was immediately hooked. It is sad that they weren't bigger in Australia, and in fact I can't remember ever hearing Rush on any of our Radio Stations in Victoria.

Although this release doesn't match their debut albums, it is still a decent album in my opinion and deserves a place on my blog. If I get time I think I might post their first two albums in a future post, so stay tuned.
Tracklist 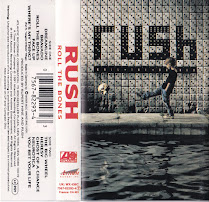