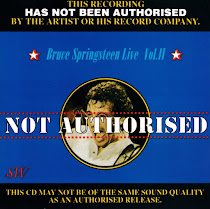 These broadcasts were mixed by Jimmy Iovine and of high audio quality, and were listened to at the time by a larger audience than attended the concerts. Over the years the stations would play the broadcasts again, and many high-quality bootlegs were made and circulated of these shows.

Originally scheduled for 23rd July (but postponed due to Springsteen’s occurring throat infection), the 30th September 1978 performance in Atlanta offers a valuable snapshot of the boss in his energised, formative years. Maybe it’s the freshness and vitality so effectively displayed here that derives from a desire to impress a large radio audience largely unfamiliar with his work. Maybe it has something to do with the inspiring energy and enthusiasm that would become a Springsteen trademark or the anticipation of a welcome break following the next night’s performance. Whatever the reason, Springsteen’s 1978 'darkness...' shows are something to truly behold and survive as a joyous testament to his legacy. 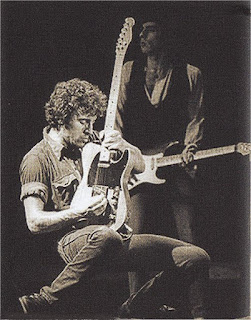 The 30th September 1978 performance in  Atlanta was originally scheduled for 23rd July, but was one of two shows postponed due to Springsteen's re-occurring throat infection (two others were cancelled completely). The high demand for tickets led to a second show being added the following night before Springsteen and the band would take a month - long break. The show was broadcast on twenty FM radio stations in the southeastern states, one of five such broadcasts during the 'Darkness On The Edge Of Town Tour'.

Springsteen opened many of the Darkness Tour shows with a classic rocker, a defiant stance from someone marking their own place in rock music as The Boss himself states: "you've got a lot to live up to when you walk out on that stage, a certain tradition from the early rockers that I believe in a lot". As on several other occasions, the chosen rocker is "Good Rocking Tonight", most famous in its incarnation as Elvis Presley's second single for Sun Records from 1954. Sadly this track and a majority of Sprinsteen's first set is not featured on this CD with the exception of the closing track "Fire", which acts as the opener on this bootleg.

Despite it still being September, he second set kicks off with the suitably boisterous "Santa Claus Is Coming To Town". Springsteen justifies its inclusion by telling the audience; "it might be a little early for this next song, but we might not see you around Christmas time". The amassing fake snow that decorated the stage during the song causes a temporary halt to proceedings inspiring an impromptu instrumental number to accompany the clean up. This is probably why the track was not included here either.

Candy's Room, Because the Night, Point Blank and Backstreets cement the spirit of the show and dominate a poignant second performance whilst building up the anticipation of an eager Atlanta crowd.

The final set promises an eruption of rhythm and blues and revolution with the Latin romp of "Rosalita" inviting an explosive take on "Born To Run" both which are followed by an ebullient "Tenth Avenue Freeze-Out". An ecstatically applauded "Devil With The Blu Dress Medley" (including Good Golly Miss Molly, C.C Rider and Jenny take A Ride) brings Springsteen back on the stage for the final song, a wholly energised rendition of the Eddie Floyd number "Raise Your Hand" (sadly, not included here)

Maybe the freshness and vitality so effectively displayed here derives from a desire to impress a large radio audience from a region of the USA outside of the Springsteen fan base. 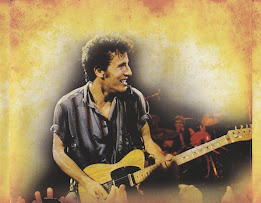 Perhaps it has something to do with the inspiring energy and enthusiasm that would become a Springsteen trademark or the anticipation of a welcome break following the next night's performance, but whatever the reason, Springsteen's 1978 shows are something to truly behold.This bootleg truly confirms the honest authenticity in his work and inspires further critical applause for the man they call "The Boss".

This post consist of MP3's (320kps) ripped from my "Not Authorised" CD Bootleg, released in Australia in 1993 along with all the others that I acquired at that time. This release only represents half of the original concert due to the limitation of a single CD release. Quality of the recording is VG however the artwork is the usual generic artwork produced by AMCOS.

This bootleg has also been released under the title "Fox Theatre Presents The Boss", "Everybody's Rockin' Tonight" and the full concert recently released by Echo Records in 2014 as a double CD set. Some covers are shown below. 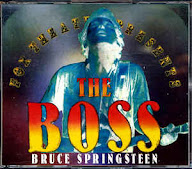 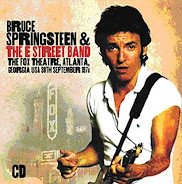