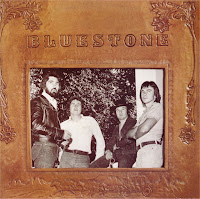 Melbourne singer Terry Dean formed country rock band Bluestone in 1972. Terry had enjoyed an extremely successful solo career recording a number of hit records, performing regularly in Melbourne and interstate and appearing nationally on TV shows including The Go Show, and Happening 70.
The band's line-up included Terry Dean on lead vocals and guitar, John Creech (who had been a founding member of The Mixtures) on drums and vocals Ted Fry on bass and vocals plus Mike Burke on pedal steel.

Bluestone was heavily influenced by west coast American country rock including artists such as The Byrds, The Flying Burrito Brothers, The Eagles, Jackson Browne, Emmylou Harris and numerous other influential songwriters as well as performing and recording much of  its own material. It was renowned for its strong vocal harmonies and was also one of the first Australian country rock bands to feature pedal steel guitar on stage and in the recording studio.

The band's first album, self-titled 'Bluestone', was released to excellent reviews in 1974 and helped to cement the band as a major force in Australian country music. The single from the album, "Wind and Rain", was a hit across Australia.

Gavan Andersson (lead guitar and vocals) and Nigel Thompson (bass and vocals) who had both been members of The New Dream, joined the band in 1975 and this line up remained together until Bluestone disbanded in 1984. The band toured and recorded in the US in 1979 and 1982 and released a number of singles on the Scotti Brothers label. They also released their second album, 'The Closer You Get' in 1982, on the Avenue Records label.
During its twelve years together the band performed regularly on Australian television (Hey, Hey It's Saturday, The Daryl Somers Show, Shirl's Neighbourhood and Countdown) and was invited to support a number of international acts including Cat Stevens, Dolly Parton and America on their Australian tours.

Since the mid 1980's, the members of Bluestone have gone on to pursue successful careers in the music industry: Terry Dean formed the successful duo Dean & Carruthers with Garry Carruthers and they celebrated 25 years on the road in July, 2010. Terry recently established Terry Dean's Guitars selling some of the world's finest acoustic instruments.

John Creech has continued his career as drummer to the stars touring with Kylie Minogue in the early 1990's and with Cotton, Keays & Morris, Brian Cadd, Mike Brady and many others.

Gavan Andersson joined legendary video game software development company, Beam Software as their music composer  & producer. His best known work is the soundtrack on the Back to the Future game, although he did voices and sound effects for a wide variety of  games titles, from their space game Star Wars to the sports game Bo Jackson Baseball. During that time he continued to work with numerous artists and bands including an 8 year stint with the legendary  Spot the Aussie at the Esplanade Hotel, touring with Brian  Cadd, Max Merritt and, most recently, Andy Cowan. He has also released a number of his own solo EP's. and an album in 2006, called  'Youth In Asia' (see tarahall.com.au).

It is also worth noting that Gavin Andersson teamed up with Rob Harwood (brother of Warrick Harwood from Goanna) as his sound engineer on his 'Youth In Asia' album, who I grew up with in Geelong back in the 70's. Both Rob and Warrick were playing together in a Geelong band called 'Saratoga' and it was here that their respective careers in the music industry started.

Nigel Thompson continues to work with various bands (including 60's Band, The Substitutes) and has continued his involvement in events management and promotion. [extract from tarahall.com.au]
. 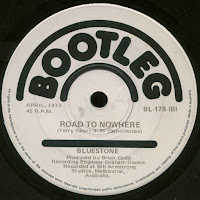 This post consists of FLACs and MP3's (320kps) ripped from my almost virgin vinyl copy, acquired many, many moons ago when I'd just started to collect 'Aussie Rock' albums. At that time, there was nothing more Aussie than the bands appearing on the Bootleg record label (ie. Brian Cadd, Mississippi, The Bootleg Band, Taste, Avalanche and of course Bluestone).

Full album artwork is provided (some of which I sourced from the defunct Midoztouch Website) along with labels scans and a range of band photos (sourced with thanks from Tara Hall website).
I've also included as a bonus track, the B-Side "Road To Nowhere" which was the flip side to their 1973 single "Wind & Rain" (produced by Brian Cadd), which did not appear on their debut album.
.
Track Listing: 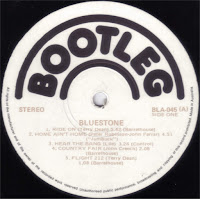 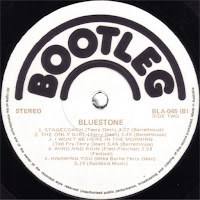