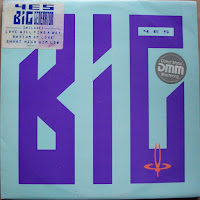 Big Generator is the twelfth studio album by progressive rock band Yes. It was released in 1987 on Atlantic Records’ ATCO subsidiary label (Yes’ last studio album for Atlantic) and was the follow-up to the massively successful '90125' album.

The 1980s version of the classic rock band Yes put out interesting, modern rock oriented albums which differed starkly from their prog rock efforts of the 1970s. Despite the shifts in personnel which made many loyal fans suspect of the material’s legitimacy, these albums were some of the most solid put out by a “second British invasion” band in the eighties. 1987’s Big Generator was the third of these and, perhaps, the most potent (even though it didn’t sell as well as 1983’s 90125) and it would ultimately become their last album to chart songs. This album was the high point of the tenor of guitarist Trevor Rabin, who in addition to his role as guitarist wrote a large amount of the material, provided co-lead vocals on several tracks and took over as producer during the later stages of the album’s production.

Big Generator was recorded in three different countries and took over 2 years to make, mainly due to creative differences and shifting production duties. Trevor Horn, a former band member and producer on 90125, started out as the project’s producer but departed after a few months of the band recording in Italy. Next the band recorded in London with producer Paul De Villiers, with the most fruitful of these recordings being the complex vocal-driven “Rhythm of Love”. Finally, the production moved to Los Angeles for the final stages under Rabin.

Despite all the production turmoil, the result was a highly energetic and entertaining album that was successful in blending accessible and commercially songs with flourishes of musical virtuosity, which was the longtime trademark of the band. There is also a great mix of song styles and tenor, making the listening experience very diverse and interesting. 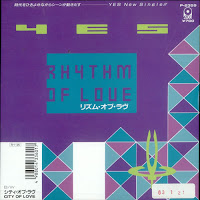 The opener “Rhythm of Love” contains some of the best harmonies every put on tape outside of the Beach Boys. This complex vocal ensemble during the intro and chorus refrain turns an otherwise typical late 1980s pop song into a very unique and enjoyable listen. On this track lead vocalist Jon Anderson shares the vocals to an extent with Rabin, a pattern which ids common on the album. “Rhythm of Love” would become the last charting single for the band in 1988. The title song “Big Generator” follows with as a more standard rock song but with some added elements that make it unequivocally Yes. There are low key soundscapes during the verses, the orchestral-hit effects during the choruses, it also contains a very odd, short guitar lead which is almost out of tune with minimal backing instrumentation.

“Shoot High, Aim Low” was one of the first songs recorded for the album while Horn was still the producer in Italy. This is a well-crafted and accessible for a slow and dramatic tune, held together by a crisp and steady beat by drummer Alan White and accented by some lead keyboard riffs by Tony Kaye. The 7-minute song never really breaks out of its original pattern, in vast contrast to much by Yes through their career. Still, it never lags or drags due to some interesting counter riffs of flamenco guitar and lead vocals which literally trade lines during the verses. “Almost Like Love” finishes off the first side with a foray into the world party rock, as a strong and fast, upbeat tune with brass accents and a clear hook.
“Love Will Find a Way” is a solo composition by Rabin which he had originally written for Stevie Nicks before deciding to use it on this Yes album. It starts with a string quartet intro before breaking into a crisp rock guitar riff. It is a very accessible and radio-friendly pop song with Rabin firmly in the lead vocally aside form a counter-post-chorus with Anderson offering a alternate take on the hook. The ballad “Final Eyes” is the best song on the Big Generator. It begins with a heavily effect-driven choppy guitar riff before breaking into the main 12-string acoustic riff in a beautifully blended transition. Starting with excellent lead vocals by Anderson, everything on this song is melodic and romantic with just the right proportions of sonic decor in differing parts to keep it fresh and exciting throughout. There is just a short bit of new age lull at about the 5 minute mark, which may seem out-of place until the song reprises strongly about 30 seconds later to a climatic finish which dissolves into a rather upbeat acoustic solo fade-out.

“I’m Running” begins with a crisp bass riff by Chris Squire, building with Caribbean beats and overtones make for an interesting intro. A marimba-led verse leads into lots of different sections where the band seems to attempt a reprise of their prog-rock past. However, this may be a bit superfluous as they are repeated in differing lights and the song ends up too long by perhaps two minutes. “Holy Lamb (Song for Harmonic Convergence)” is a solo composition by Anderson which is melodic and pleasant enough but a bit of a letdown as a quasi-religious ballad to conclude the album, leaving the listener a bit unsatisfied in the climax.

After Big Generator, the personnel shifts continued with the group actually splitting in two when Anderson organized a reunion project with three former members of Yes from the 1970s with the short-lived group 'Anderson Bruford Wakeman Howe', who released a single studio album in 1989. However, these two factions united for a one-of-a-kind Yes album in 1991 called Union which included eight members of Yes from previous eras [extract from classicrockreview.com]
.
Album Review
(by Producer Paul DeVilliers  Sept 10, 2015)
This album may say YES on it, but take the name away and simply use the name they were going to use before the 90125 smash album, and this would have been "CINEMA - BIG GENERATOR" and removing all comparisons to the Yes of the 1970's and you have a great rock album and a worthy follow up to what would have been "Cinema's" debut in 1983.

But then again I am biased as I Produced the album. Trevor Horn left after 10 miserable days in Italy. The project moved to London where is progressed...very slowly. Basically until Trevor Rabin's mansion/home studio could be completed well enough to finish the album there, which it was. You could call this a 3 producer marathon, Horn for the first few meters (he was contracted to be guaranteed Producer credit even if he only showed up a single day. We were hoping he would have stay a bit longer. 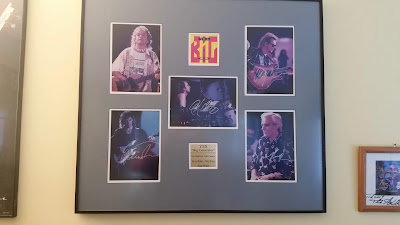 As for me, Paul DeVilliers did the very long haul, and heavy handed Rabin ensured this would be mixes as we hear to this very day. In spite of my great efforts, to this day feel Trevor Rabin's overloading of the mixes couldn't have been any better and sure was a departure from my previous big budget production of Mr Mister's 'Welcome To The Real World' in spite of the multi-millions more than Big Generator though the album was a commercial success, just not the monster that 90125 was. There are no 'out-takes" or other material achieved from these sessions. Just getting the 8 songs done was laborious enough as it were.

The final track, Jon Anderson's solo contribution was originally agreed to be recorded merely to quiet him during the sessions and capitulate to the Rock-Leanings of the album. It was recorded last. However as the production of the recording continued, the song built and built into a wonderful piece.This is the only song which Trevor Rabin contributed nothing music to. The multiple overdubs fell into the hands of the Producer who after continued a close professional relationship with Jon for well over another decade, even helping in a non contractual manner especially when Paul introduced Jon to the California hamlet town own of San Luis Obispo, where DeVilliers was raised and went to college. Resulting in the entire band of Yes relocating there for a three album span. 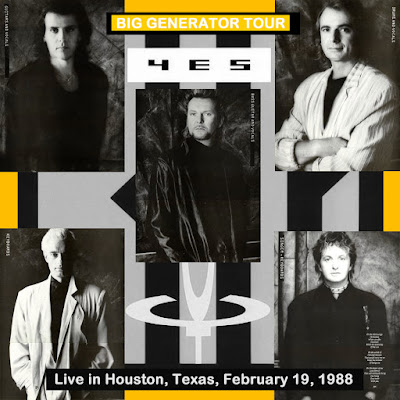 ~Enjoy, there is only one album on the planet like this and thank you to Paul Lani & Lois Oki who without their patience this album just wouldn't have been the same or possibly never seen the light of day [extract from allmusic.com].
.
This post consists of FLACs ripped from my Dmm Mastered Vinyl (in absolute pristine condition) and blows away my CD copy (Original Album Series)  in terms of sound quality. Full album artwork for both media is included along with select photos of the band on the Big Generator Tour.  Also include are 3 bonus live tracks, recorded in Houston, Texas on Feb 19, 1988 from the same tour.
My favourite track on the album is "Shoot High, Aim Low" and every time I listen to it, the volume knob on my amplifier gets cranked up to 10. The songs mesmerising riff gets me every time.
In my eyes this album is highly underrated and was in many ways as good as their 90125 album, although others may not agree.  If you haven't heard this album, then all I can say is shoot high, and aim low with your mouse pointer to download this gem.
. 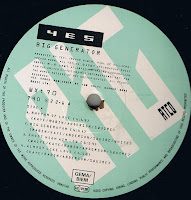 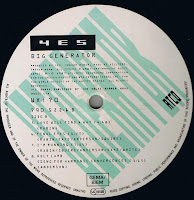