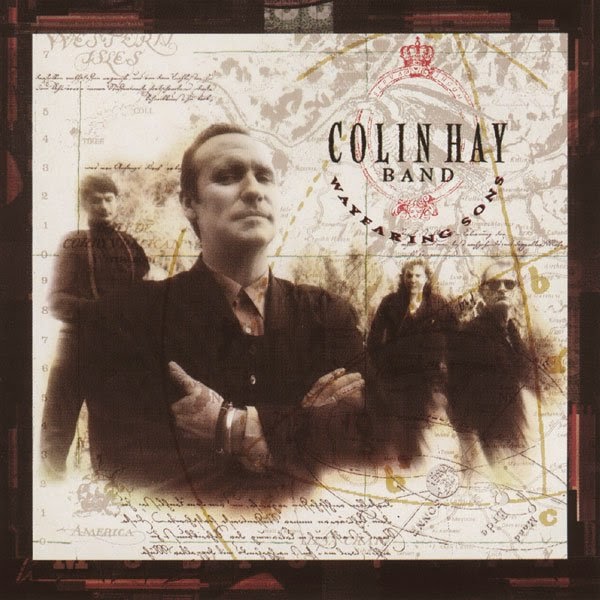 Scottish-Australian singer Colin Hay (lead singer of Men At Work) released his second solo album, “Wayfaring Sons”, through MCA Records in 1990. The band was formed with Gerry Hale, Paul Gadsby and Robert Dillon. The single “Into My Life” was a huge hit in Brazil.
Even though Colin James Hay's solo debut sold acceptably in the States, the cost benefit ratio apparently wasn't high enough for Columbia Records which promptly dropped him from its recording roster.   Three years later Hay reappeared signed to MCA Records.  Billed as the Colin Hay Band, his sophomore album found Hay making some major changes to his sound.   The most immediate was Hay's decision to return to a band format - in this case drummer Robert Dillon, bassist Paul Gadsby, and violinist Gerry Hale.  Co-produced by Hay and Elliott Scheiner, "Wayfairing Sons" also found Hay trying to expand his sound beyond the pop/new wave sound that had made Hay a mega seller. While marketing pressures required the album include at least some pop and radio friendly material, exemplified by material like the title track, "Dreamtime In Glasgow" and "Dream On (In the Night)", about half of the set featured acoustic numbers that seemed to settle somewhere between Celtic folk and Mumford & Sons-styled folk-rock (I can already hear the shouts of protest over the latter comparison).
I'll be one of the first to admit those folkish numbers were surprisingly and somewhat jarring.  That said, given a chance, most f then grew on you.   As for the more conventional material, the single "Into My Life", the big pop ballad "Not So Lonely" and the jittery reggae-ish 'Don't Drink the Water'  were all worth hearing.
.
Album Review
Opening up with Gerry Hale's squealing violin, "Wayfaring Sons" came as quite a surprise.   It wasn't that the track didn't rock, rather the Irish bar band vibe took awhile to get acclimated to.  Personally I wasn't a major fan.
Just speculation on my part, but I'd imagine MCA wanted at least a couple of commercial tunes - one of the results being "Into My Life".  Musically this bouncy pop number actually bore a mild comparison to his earlier Men At Work catalog, in the process sounded nothing like the rest of Hay's new-found acoustic orientation.  Naturally it was the track MCA tapped as a single though it did nothing commercially.  Shame since it was actually pretty good; better than almost anything on the debut LP.    For anyone interested, you can see the MTV promotional video here.
"Storm In My Heart" returned to Hay's acoustic folk orientation.  With support for keyboardist Robert Kilgore, the result was one of the album's prettier melodies, showcasing the band's nice harmony vocals.
Built on a jangly melody, "Dream On (In the Night)" was also notable for showcasing what a nice voice Hay had - especially when he wasn't trying to sound cute.  Simply a happy and uplifting song that was great for rolling down the car windows while cruising on a warm Spring day. My favourite track on the album actually.
The first of two group-penned songs, "Not so Lonely" was another exception to the folk orientation - Hay and company apparently aiming for a Corrs-styled epic pop ballad.   I'm guessing the odd backing vocals were in Gaelic.  Surprisingly commercial and enjoyable.
With a full rock arrangement (kudos to bassist Paul Gadsby), "Don't Drink the Water" found Hay demonstrating his environmental credentials on what was the album's second overtly pop-oriented tune.  This one would not have sounded all that out of place on a Men At Work album.
"Help Me" was another radio friendly tune showcasing a full band arrangement and another pro- environmental message.   While "Don't Drink the Water" was at least clever, this one's a bit short on subtlety.  I suspect most of his fans are already pretty environmentally sensitive.  Nice title track chorus, though the song had kind of an anonymous AOR feel.  MCA coughed up for a promo video on this one also. "Dreamtime In Glasgow" is a rollicking tune with some nice power chords hiding in the background.
"Back In My Loving Arms" is the second group composition and was a breezy, radio-friendly pop tune.   Probably one of the songs I would have tapped as a single.
With the last track "Ya (Rest In Peace)" Hay and company decide they like mandolins ...I generally like mandolins, but was lukewarm to this one.
And as mentioned, the single was: "Into My Life" b/w "If You Want It All' (MCA catalog number 1408) and the B-Side did not appear on the album. But you are in luck here, as I'm  including this nice little ballad here as a Bonus Track.
Now, in MCA's defense, figuring out how to sell Hay in an early 90's market that embraced Wilson Phillips, Phil Collins, and Madonna must have been a  nightmare and in spite of some promotional efforts, including a  single, the company seemingly threw in the towel with the album quickly disappearing without a trace.
[review by RDTEN1 Jan 25, 2014]
.
This post consists of MP3 (320kps) ripped from virgin freshly pressed vinyl (yep, another shrink wrapped find at the market) and includes full album artwork for both LP and CD. As a bonus, I've also included the non-album B-Side single "If You Want It All" - a hard track to find indeed.
Note:  Track "Not So Lonely" is unfortunately distorted on the album and I suspect the pressing I have is either faulty or the production of the track is crap. Not much I could do with this I'm afraid
.
Track Listing 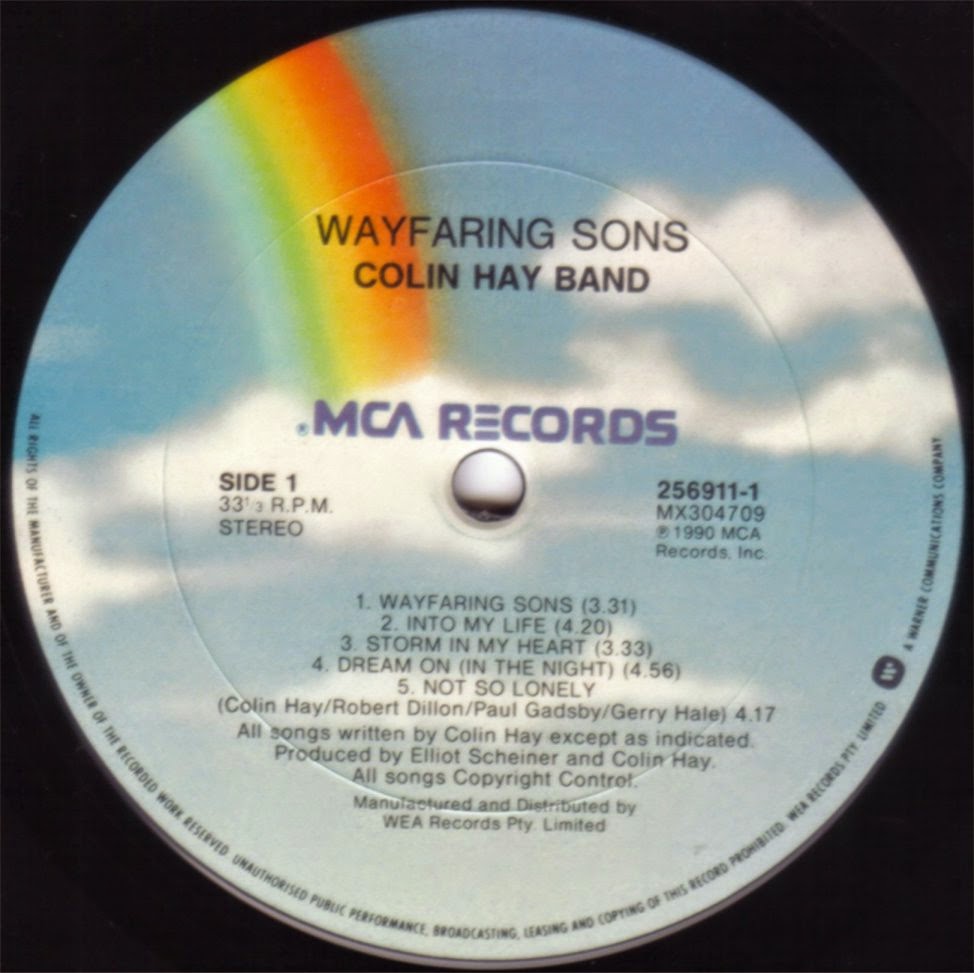 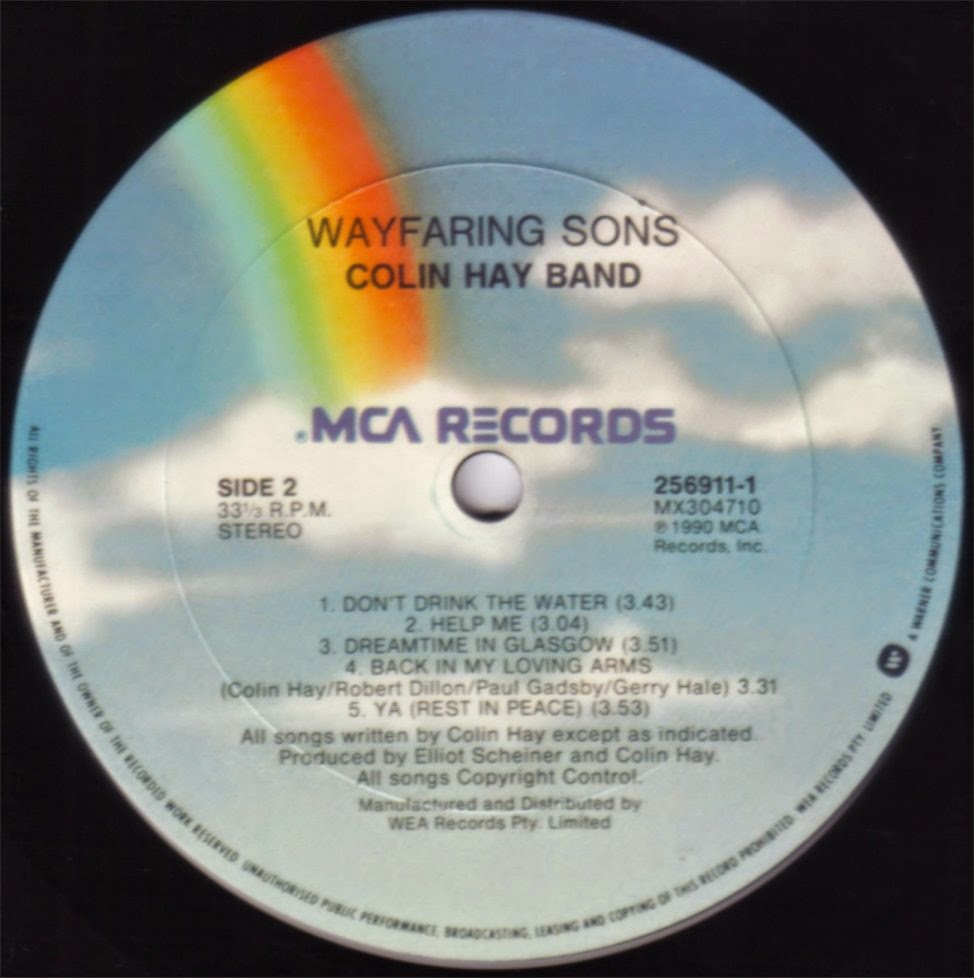