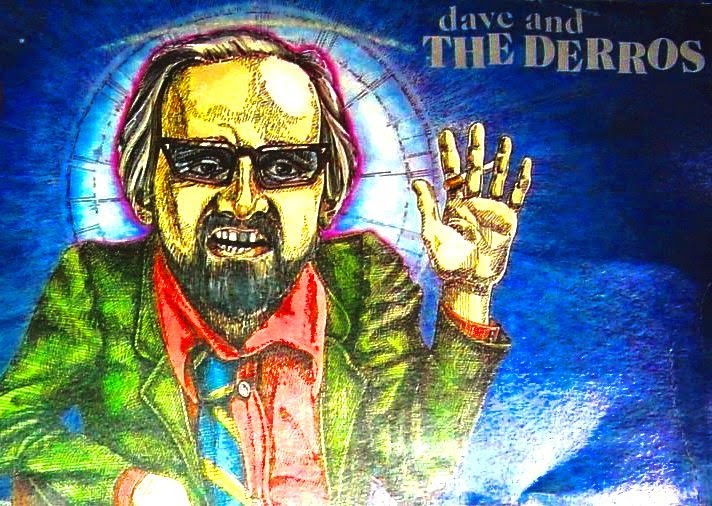 "Dave And The Derros" was created by lead singer David Jones (watmuff). David Jones was a radio station disc jockey based in Newcastle N.S.W (Australia) and wrote novelty songs for his radio show. David had a large repertoire of radio character voices, one of which was his beloved “Dave the Derro”. David liked to make parody songs for his radio show. This eventually allowed him to work up an act based on "Dave". He complemented his performances with an ever changing backing band of musos. Some of these various musos also backed John Paul Young (thanks to Tom MusicMix for this brief bio). 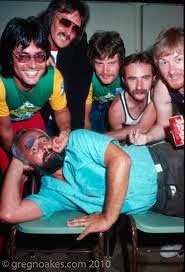 Dave and the Derros also released an album in 1980 called 'Live After Death' which features most of these singles.

For this month's WOCK on vinyl I am including my favourite Dave and the Derros single: "Nice Legs Shame About The Face". The Monks had the original 'Nice Legs' in the UK in 1979. Dave and the Derros did an Aussie version later that year (on the Mushroom label). Anyway both versions of the 45 are available on eBay, so start ya bidding! Incidentally there was also a version in NZ by 'Stark Naked And The Car Thieves', I kid you not. (see YouTube clip). 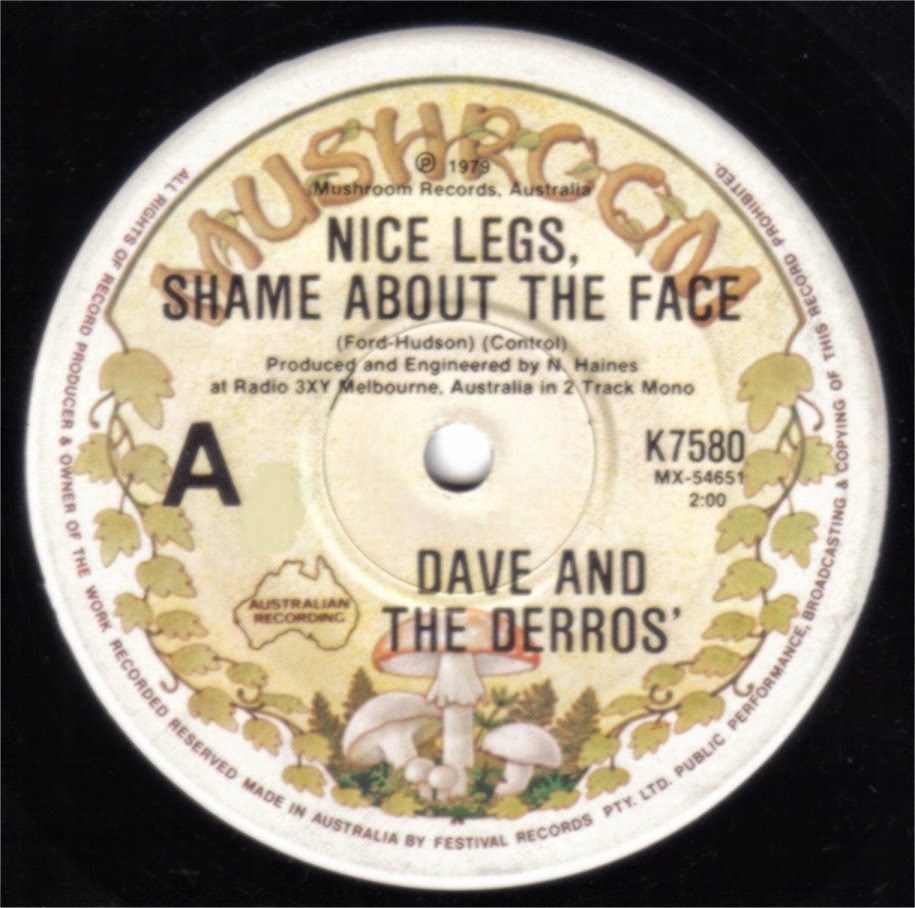 As a bonus, I've also decided to include another funny parody by Dave called "Death To Disco", released on the Mushroom label. However, to be honest I think that the B-Side "Punk Princess" is a better song, so make sure you give it a listen also.  Well, that's it for this month, finishing with some very Crazy and Korny tunes.
.