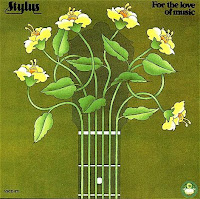 Stylus was a 1970's Australian soul-pop group. The band is notable for being the only Australian act ever released by Motown Records in the USA. Stylus toured with George Benson, Average White Band, Ike & Tina Turner, and Australia's "Little River Band". Japan's Toshiba-EMI re-issued 3 Stylus CDs (For The Love Of Music, Best Kept Secret & Part Of It All) in 1998/99.
Stylus was formed out of the ashes of a group called “Mason Cure” (led by  Ian Mason), featuring four of the members of  Stylus, but once Ian Mason left in 1974, they formed “Stylus”, with Sam McNally taking on the keyboards role and Jeff Joseph the manager. The band was Peter Cupples vocals/ rhythm guitar, Peter Lee drums, Sam McNally keyboards, Ron Peers guitar/vocals and Ashley Henderson bass guitar/vocals.
.
Peter Cupples wrote & produced the groups music. Their music is smooth and funky, widely regarded as Australia’s premier soul group in the 70's, supporting groups like the Average White Band, Tina Turner and George Benson when they were touring Australia. Stylus was also regular on the ABC television show 'Countdown'.
The band eventually scored a deal with WEA (Atlantic) and issued the single Seals and Crofts' "Summer Breeze"/"Feelin' Blue"  in July, 1975. The single reached #31 in Melbourne during August.
.
If your'e after hard funk then their albums won’t hit the spot but if you dig groups like Average White Band, The Eagles and other 70's groups that have a undercurrent of out funkiness running through their Rock then you may want to take a listen to Stylus.
This line-up recorded the first two albums 'Where In The World' and 'For The Love Of Music'.
For the third album 'Best Kept Secret' Trevor Courtney filled the drum position. Several drummers were used from this time till the fourth album 'Part Of It All' was released including Joe Tattersall's and Mark Meyer who played on 'Part Of It All'. Singer Peter Roberts joined the band from the middle of 1978.
'Best Kept Secret' was released in the USA by Motown on their Prodigal label. The album and singles received favourable reviews in Music Industry magazines such as Cashbox and Billboard.
'Part Of It All' was to be the second US release but due to a re-shuffle of key management in the record company this was shelved. 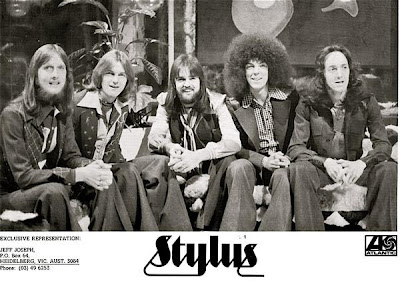 Album Review 1
This album showed heaps of potential, but the pressure to produce a new album on the back of the success of their first, made it hard. We never took time off to rehearse or even record. We kept on giging all the way through, as we had families to support. We rehearsed at sound checks, and in our hotel rooms while on tour.
Songs like "Getting in the Groove" "Moving on Home" and "Nature is giving" were great grooves to play live. I think this album produced three great ballads, "So much love", which introduces Ashley Henderson to the front mike. People got to hear what a fantastic and unique voice he has. 'So much love' was a good single for us, picking up airplay all around the country. (It even made it on to one of those 'explosive hits' records). The other two ballads were "Musical Man" & "Love is all we need". I believe those three songs would sound great, recorded with the sounds and technology we have today, (food for thought)...
.
Peter Cupples goes on to say.....'For the Love of Music' was our second album. I think that potentially it should have been our best record. We had discovered, at this stage, that we had a wonderful and unique vocal talent in our band - our bass player Ashley Henderson. I set out to write some ballads to match his beautiful voice. This added another dimension to our music. The trouble was, with the pace that things had moved, and with the weight of the constant touring, we didn't have enough time to sit back and let it develop at its own rate. I had the ideas for the songs, and we were rushed into getting it out to follow up on our debut success. The record, whilst it was a nice recording, was probably a bit of a let-down. We changed managers at this stage and we also seemed to lose a bit of momentum. So we continued to tour and slog it out on the road. [extracts from Peter Cupples website]
.
Album Review 2
As an Australian record collector, you usually hear about the legend of Stylus from Japanese record collectors before hearing about it from locals, and this group does still seem to be a sought-after item over there. Having started out as a break-collector, I was more than a little disappointed by this album when I first heard it. The sound, which would now be best described as modern soul, is a lot smoother than it is funky. Fronted by Peter Cupples (known for his work with Stylus as well as his two solo albums), it’s surprising that nothing by the group was compiled until last year (Respect Overdue Vol. 3). The good tracks on here have a really upbeat, choppy funk groove, but be warned – the vocals may not be what you are expecting, or hoping for. "Gettin' in the Groove", "For the Love of Music" and "What’s Right for You" fall right into this category. They have three other albums in the same vein. I don’t listen to them very often and seem to recall this one being the best of them. Feel free to tell me otherwise! [from aussiefunk.blogspot.com]
.
This post consists of an MP3 rip (320kps) taken from my pristine vinyl copy. Not a pop or crackle to be heard - something you wouldn't expect from a Stylus ! LOL
Also included is full album artwork, lyrics sheet and label scans. As a bonus, I have also included a B-side single that was not included on the album called "Funky Fig" (the flip side to their single "I Just Don't Wanna Fall in Love Right Now"). This rare single was sourced  from DJ Kinetic with thanks, from his AussieFunk blog - and is well worth visiting.
. 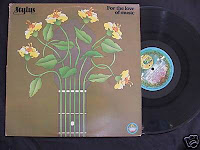 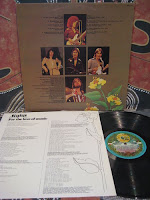