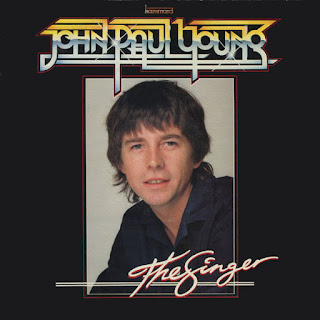 When John Paul Young (JPY) was a boy his family moved from Scotland to Australia, where he quickly learned to imitate the local accent to avoid being teased by his classmates. It was with this newly learned voice that he started singing, joining a production of Jesus Christ Superstar and becoming the lead singer for rock band Elm Tree in the 1970s. During one of their performances he was spotted by manager and sometimes-producer Simon Napier-Bell, who asked him to record an overdub for a song called "Pasadena." That song was written by Harry Vanda and George Young of the Easybeats, who were impressed enough with him to become John Paul Young's songwriters, penning a string of pop songs that gave him chart success in Australia as well as Europe and Asia. It wasn't until the late '70s that he became world-famous, first for the disco song "Standing in the Rain," and then for the biggest hit of his career, "Love Is in the Air." John Paul Young attributed the song's success to the direction of George Young, who had told him to make the song casual by singing it as if it were a conversation. Subsequent singles either unsuccessfully attempted to re-create the disco formula of "Standing in the Rain" or turned towards rock, which gave him several more hits within Australia in the early '80s. In 1981, Young recorded an album of 1960s rock and pop favourites called 'The Singer', again for the budget label Hammard and his cover of The Stones/Chris Farlowe classic "Out of Time" came out as a single in September 1981. Despite its budget price, the album featured top-shelf session musos including guitarists Jimmy Doyle (ex-Ayers Rock), and Stuart Fraser (ex-Feather), Rex Bullen (keyboards; ex-Bakery), Ralph White (trumpet; ex-Fugitives), Les Young (bass; ex-Chessmen) and Russell Dunlop (drums, percussion, synthesiser; ex-Levi Smiths Clefs, SCRA, Johnny Rocco Band, Ayers Rock).
Young eventually retired from singing to become a radio DJ, but came out of retirement in 1992 when a version of "Love Is in the Air" was used on the soundtrack to Baz Luhrmann's film Strictly Ballroom and the song became a hit once again. After performing his old hits at live concerts for another decade, including a performance at the 2000 Sydney Olympics, he returned to the studio with Harry Vanda's Flashpoint Music in 2006 to record a new album, In Too Deep. [extract from iTunes]
. 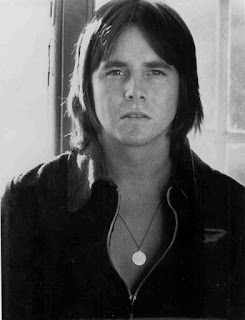 In 2012, John Paul Young celebrated 40 years in the Australian music industry with both a solo tour and another turn in the massive Long Way To The Top concert production.To viewers at home, he looked and sounded convincing. A real star. But that's not how John Paul Young remembers the first time he sang Yesterday's Hero on ABC's Countdown, in front of an ecstatic studio audience.
"I was a scared little rabbit," Young says. "And I had every reason to feel scared because Molly Meldrum had teed everybody up in that studio to yank me down off the stage and to go crazy. I was the only one who wasn't in on the gag. To me, it wasn't a gag.
"Anyway, during the song, I did get yanked off the rostrum and I'm on the floor with a microphone without a cord and I'm telling the floor manager there's no sound and he's saying, 'I don't care, get back up'. In the end, he threw me back up and I'm there, trying to finish the song with no shirt . . . just two cuffs. So embarrassing."

Did he think about quitting pop music, right then and there?

"Nah. I thought, 'At least something might happen out of this'."

His instincts were right. Yesterday's Hero might have been about the fleeting nature of pop stardom but when Harry Vanda and George Young's song became a chart-busting smash in 1975, Young's world turned upside down. Suddenly, the former sheet metal worker from Sydney's west was known everywhere as JPY or Squeak. He became a sailor-suited regular on Countdown, he powered a stack of monster radio hits (The Love Game, I Hate The Music, Standing in the Rain) and he was the subject of teenage frenzies at Festival Hall.

"Did I feel like king of the world? Yeah, I did," he says now. "I actually enjoyed the transformation." 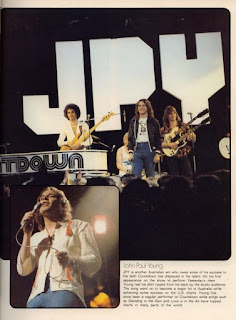 Next month, Young marks four decades in showbiz with anniversary concerts. "It's going to be a real celebration," he says, cupping a candle-lit cake for our photographer. "Forty years since I met my wife (Lynette), 40 years since I met Meldrum and 40 years as a professional performer. Amazing."
The Allstar Band that has backed Young down the years will pound out those hummable hits. And being a nimble storyteller, with a knack for funny accents, he's sure to take a stroll down memory lane. Get ready to hear about the time Young first heard Pasadena on a car radio, the night he played to "diamonds and furs" in Johannesburg, and the day he finished recording Vanda and Young's Love is in the Air in 1978: "I remember thinking, 'Oh, yeah ... this is good'. But I was cautioned. (Music publisher) Ted Albert called me into his office - which didn't happen very often - and put the record on. 'Whaddya think?' I said, 'I think it's a hit'. And he said, 'Don't ever say that. This is too funny a business ... but you're right, it is good'. Still is."

"Love is in the Air" opened doors for Young in Europe and North America but instead of settling in Los Angeles, "where people wanted to turn me into the next David Cassidy", he flew back to Australia.

"Looking back on it, yeah, I suppose it was gutsy. In a weird way, I knew what I didn't want."

Young has always been the plain-speaking type. It's to do with his Scottish upbringing ("Seven of us living in a one-room apartment in Glasgow") and those hard-scrabble years in the mid-'60s when he was living on Sydney's outskirts and hiding his accent so he didn't get bullied. His passport to acceptance was music. Fronting a local band (Elm Tree) when he wasn't welding, he got noticed and landed a lead role in Jesus Christ Superstar. Then Countdown happened.

"I do have a determination in me but it's not really an ambition," he says. "I just want to be safe."

When Young's son Danny announced he wanted to be a singer, he tried to talk him out of it "because this is not an easy business. It can break your heart".
With albums fizzing and lawsuits flying, Young "retired" in 1984. Breakfast radio put him back in the spotlight. So did Baz Luhrmann's Strictly Ballroom (1992), which recycled Love is in the Air. Young sealed the deal by singing the song to his biggest audience at the Sydney Olympics.
"The royalties? Oh, they're OK. They allow me to say, 'No' every now and again, which is a nice luxury."

For our interview, Young slips into a smart suit with grey pinstripes. He wears it well, but there's no hiding his origins. This nuggety bloke with the salt-and-pepper mop is a survivor, an authentic Australian who has never taken his successes for granted.

"We arrived here on Australia Day, 1962," he says, "and the place was absolutely deserted. No flags, nothin'. Now it's huge. I've been to Australia Day events and told a version of my life story and about what it's like to be an immigrant."

So, Australia is home ..."If you were to say to me you can live anywhere you like in this country, I couldn't give you an answer. It's everything to me."

Young swallows hard and his eyes mist over.

"Yep."      [article by Simon Plant, Herald Sun, April 21, 2012]
.
This post consists of an MP3 (320kps) rip from my trusty vinyl LP which has held the test of time and cost me a whopping $1.98 when I bought it from K-Mart way back in the early eighties.  Of course full album artwork (with the price tag still attached) is included, along with label scans for the inquisitive.
Over all, I quite like this album as it highlights JPY's ability to sing cover songs as good, if not better, than the original artists themselves. For most of his early career, JPY had been singing songs specially written for him by the Australian powerhouse songwriting duo 'Vanda & Young' (no relation by the way). From the Beatles' "Fool On The Hill" to Steppenwolf's "Magic Carpet Ride", to the Kink's "You Really Got Me", he delivers each song on this album as if it were his own.
The only hiccup is "All Along The Watchtower" which doesn't quite reach the mark in my opinion, but then again, Dylan and Hendrix are big shoes to fill.
Although released on a budget label, at a time in JPY's career when he was trying to distance himself from his pop idol image, this album is worth a listen and as the title states, he is A Singer, and a good one at that.
.
Track Listing
01 - Hold Me 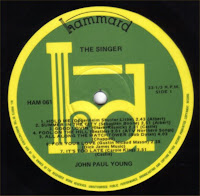 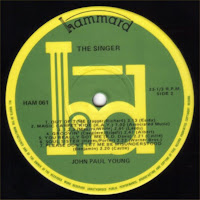