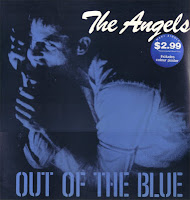 The Angels were formed in December 1974 by Doc Neeson, the Brewster brothers John and Rick after a barmaid name call Angel at Adelaide, South Australia. Bon Scott reply to Doc, John, Rick “The Angels is catchy name”. After adopting electric instruments Charlie King joined the band on drums.
Doc Neeson added Keystone to avoid confusing with Red Angel Panic and become The Keystone Angels. The line-up were bass player, vocals Doc Neeson, rhythm guitarists, vocals John Brewster, lead guitarists Rick Brewster and drummer Charlie King. Began playing 50s rock and roll on the pub circuit and released first single, “Keep On Dancing” with John Brewster on lead vocals.
The Keystone Angels were added to Sunbury Music Festival '75 in Victoria. Backing band for Chuck Berry on his Australian tour. Support act for AC/DC on High Voltage Tour at Port Augusta at Mount Gambier in South Australia. Bon Scott, Malcolm Young recommended them to George Young, Harry Vanda and were signed to Albert Production as The Angels. They recorded a demo of “Am I Ever Gonna See Your Face Again” in 1974 the song was issued on Rocka compilation album in 1975. 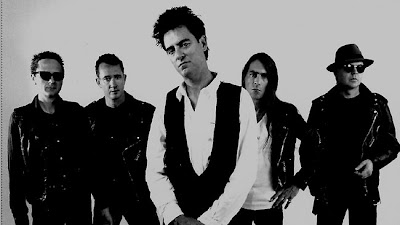 "We did a tour of South Australia with the Angels, I think they were the Keystone Angels at the time, and were doing 50's rock 'n' roll covers and around about the same time Cold Chisel had just started, so there were bands emerging" - Angus Young
Albert Production issued first single, “Am I Ever Gonna See Your Face” in April 1976. The Angels made their debut TV appearances on Countdown. Charlie King left the band and was replaced by Graham “Buzz” Bidstrup a former member of Fahrenheit 451 on drums in August 1976.
Chris Bailey a former member of Tattered Soul, Red Angel Panic, Headband, Mount Lofty Rangers with Bon Scott in 1974. They released “Round and Round”, later remixed and produced by Ted Yanni as “Round and Round and Round” in 1996.

Chris Bailey joined the band on bass in January 1977, to allow Doc Neeson to concentrate on vocals. The move to frontman allowed the band to develop an energetic and theatrical live presence. Rick Brewster would remain motionless, his head remained still to one side, for the entire performance. Performed at Bondi Lifesaver in Sydney with support act Gerry Joe Weise and Gary Conlon.
Albert Production issued first album The Angels in August 1977, for which the band re-recorded the single tracks, followed a nationwide support tour to AC/DC and was an enormous seller in Australia. The re-issued and re-mastered from the original source tapes and features the award winning artwork in a digipak format along with an 8 page booklet and bonus rare and live recordings.
Performed at Bombay Rock in Brunswick with support acts Skyhooks and Kevin Borich. Performed at 2JJ Open Air Concert at St. Leonard's Park in Sydney with Cold Chisel and Madder Lake. Performed at Bananas in Melbourne with support acts The Boys Next Door and X-Ray-Z. Support act for Meat Loaf Australian tour at Pavilion in Sydney, Festival Hall Melbourne, Bombay Rock in Brunswick, Tiger Lounge in Melbourne, Commodore Sandringham, Festival Hall Melbourne. Performed at Tiger Lounge in Richmond with support act The Boys Next Door.
Albert Production issued Face to Face album on 12 August 1978, reached #16 in November and stayed on the Australian charts for 79 weeks. Mark Opitz engineered, produced the album with The Angels. Includes a live version of “Live It Up” was recorded in April by 2JJ. Live at La Trobe version of “Straight Jacket” is the same version as overseas re-recorded for Dark Room. Peter Ledger, who designed the cover, won Best Australian Album Cover Design Award. 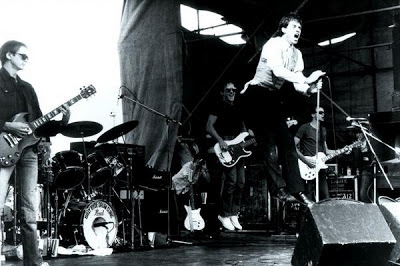 .
Face to Face was originally released in August 1978. This seminal album featured Australian rock classics including “Straightjacket” “Take A Long Line” “Marseilles” and “Comin' Down”. Albert Production re-issued is coincide with the 30th anniversary. This release has been re-mastered from the original source tapes and features the award winning artwork in a digipak format along with an 8 page booklet and 5 bonus live recordings.
Performed at ANU Refectory in Canberra with support act Midnight Oil. Rehearsals for David Bowie on Low And Hereos World Tour of Australia. Support act for David Bowie at Sydney Hordern Pavillion, Adelaide Oval, Perth Entertainment Centre, Melbourne Cricket Ground, Lang Park in Brisbane, Sydney Showground, Queen Elizabeth II Park in Christchurch, Western Springs Stadium in Auckland.
Albert Production issued The Tour EP on 7 November 1978, in coincide with their national tour as 'Special Guests' to David Bowie. The lyric “who pays for paradise” appeared in the song “After the Rain”. It was backed by live versions of “Who Rings the Bell” and “Comin' Down”.
In Early January 1979, performed at Royal Antler with INXS. Performed at Manhattan Hotel in Vermont Melbourne with support acts The Boys Next Door and Fast Buck. 2SM radio station held a free concert their performed in front of 60,000 at Victoria Park with Dragon, Split Enz, Kevin Borich and Sports in Sydney. Doc Neeson climbing up and around the stage scaffolding by a flying beer can and damage to the park. Special Award at TV Week Countdown Awards. 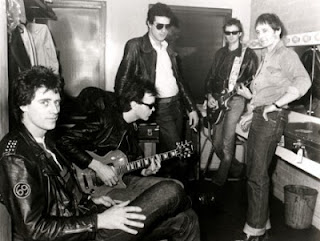 .
Albert Production issued No Exit album on 23 June 1979, entered the Australian album chart at #8 upon its release and again at #15 in September. George Young contributed as a backing vocalist to “Out of The Blue”.
No Exit kept the ball rolling with hits like “Shadow Boxer” and “Mr Damage”. The reputation for the Angels had grown and this album showcases their power that the band had in their live shows. The release has been re-mastered from the original source tapes and featuresthe award winning artwork in a digipak format along with an 8 page booklet and 6 bonus live recordings.
Performed at La Trobe University in Melbourne and recorded songs “No Exit”, “Am I Ever Gonna See You Face Again”, “Waiting For The World”, “After Dark”, "Straightjacket”, “After The Rain”, “Out Of The Blue”, “Save Me”, “Dawn Is Breaking”, “Be With You”, “Shadow Boxer”, “Ivory Stairs”, “Can't Shake It", “Marseilles” on 13 September 1979.
Alberts Production issued Out Of The Blue EP on 29 September 1979, if you listen to the song you will hear 'baby' by George Young on vocals. A re-recorded version of “Am I Ever Gonna See Your Face Again” and two live version of “Mr Damage” and “Save Me” were recorded at 2SM Elizabeth Theatre. [sourced from aussiebands.com.au]
.
E.P Review
The four track Out Of The Blue EP is actually just a single track on side one, "Out Of The Blue", with three tracks on side two. So it's kind of like a single with three B sides. Of those B sides there's two belting live tracks, "Mr Damage" and "Save Me", which the sleeve says were "live recordings from 2SM Elizabethan Concerts". The final track is the spruced-up and re-released version of "Am I Ever Gonna See Your Face Again". I must confess, I never really thought much of the song "Out Of The Blue" being single material. I still find it somewhat surprising that someone in the decision making process thought it merited being pressed as the A side of a single and EP. 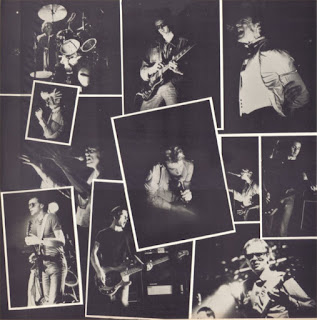 .
It is most definitely the B sides here that make this record worth owning. The live rendition of "Mr Damage" is intense and brutal, for those few seconds just before the song starts Doc Neeson monotonically talks at the crowd in that creepily cryptic on-stage persona he'd adopted back then: "rest easy if you think you can, this is a warning! be ready! stand by! prepare for eventuality!" The song "Save Me" also makes an excellent live track, it comes off slightly quicker and more raw and frantic than the studio version on No Exit. Doc's once-again cryptic and muffled intro going something like "some roll dice, and spun coin..." (whatever that means) before some mug in the crowd near the mic yells out "Rick Brewster!"

The final track is the very familiar re-vamped version of the old Angels standard anthem "Am I Ever Gonna See Your Face Again" (yes, I can hear you all out there right now retorting with "no way! get *ucked! *uck off!"). Yes, this is the version with that wailing electric guitar in the intro and in the bridge, the bit that is sorely lacking from the original version on the 1977 album The Angels. One presumes that it was this B side track that captured the record buyer back in 1979, rather than the somewhat pedestrian "Out Of The Blue". No way, get *ucked, *uck off. (review by batfink).
.
Post consists of MP3 rip (320kps) from mint vinyl and includes full album artwork. My copy still has the original colour poster inside, which has never been mounted - it's as new as the day I originally purchased the E.P in 1979.  Enjoy !
.