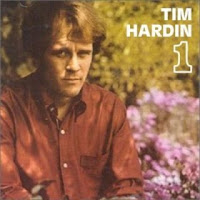 Tim Hardin was born in in Oregon, and at the age of 18 joined the marines. He was briefly in Vietnam, which is where it is said he discovered heroin. He moved to New York City after his discharge in 1961, and started to focus on his music career, becoming part of the fabled Greenwich Village folk scene. His style of folk-blues at this time was distinctive and really quite good, and recordings from this period were later released as This Is Tim Hardin - they rank high against the recordings of other solo folk performers of the era. By 1965 he was signed to Verve Records.
With his sobbing voice and introspective, almost reticent compositions, Tim Hardin was one of the more memorable singer-songwriters of his day. A cult figure who never really broke through to a wide following, he is now chiefly remembered via cover versions of his best songs, especially "If I Were A Carpenter" and "Reason To Believe". His failure to become renowned for performing his own work is mainly attributable to his heroin habit, which helped cripple his career after a couple of promising albums in the late 1960s.
. 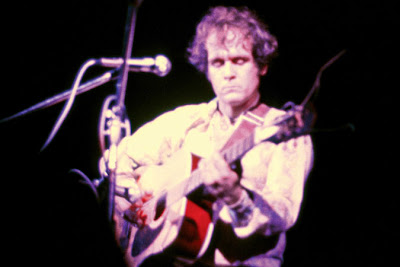 .
By the time Hardin debuted on Verve with Tim Hardin 1 (1966), he'd  found a more pop-folk songwriting voice. His backing band included Lovin'  Spoonful leader John Sebastian on harmonica and jazzman Gary Burton on vibes,  but Hardin claimed to be so upset by the strings that were overdubbed on some  tracks without his consent that he cried when he first heard them. Still, it was a  strong set with a tender low-key, confessional tone, and contained some of his best  compositions, such as "Misty Roses", "How Can We Hang On To A Dream", and  especially "Reason To Believe", which became something of a signature tune.Strings also occasionally graced Hardin's next LP, Tim Hardin 2 (1967), in a  more subtle fashion. Another solid collection in much the same vein as the debut, it  contained perhaps his most famous song, "If I Were A Carpenter", which was  taken into the US Top 10 in a faithful cover version by Bobby Darin.
. 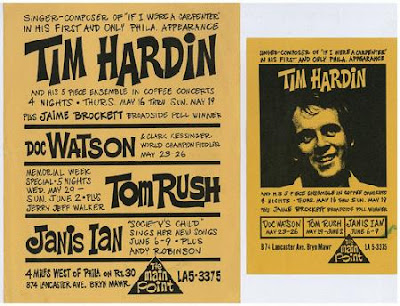 .
These two albums, sadly, represented the apex of Tim's career; almost all of his  best work is contained on them, although he would live another dozen years.  Heroin problems and general irresponsibility often made him miss shows or  perform poorly; he suffered from pleurisy in 1968, and a tour of England the same  year had to be cancelled when he fell asleep on stage at the Royal Albert Hall,  shortly after dismissing his backing group in front of the audience. The live 'Tim  Hardin 3' (1968) was a decent set with jazzy backing musicians that introduced some new material along with reprises of previously recorded favourites. But Hardin didn't record another set of fresh songs in the 60s, although he did perform  at Woodstock, where he lived for a while (his performance, however, didn't make it on to the film of the event).
Hardin did record a few albums in the early 1970s that were not without bright  moments; but, whether due to dope or other factors, his music seems to have withered; the 1973 record 'Painted Head' didn't even contain a single original composition. 'Tim Hardin 9' (also 1973) was his last LP; after years of bouncing  around England and the West Coast and fighting health and psychological  problems, he died in Los Angeles in 1980 at age 39. [This biography courtesy of  The Rough Guide To Rock]
. 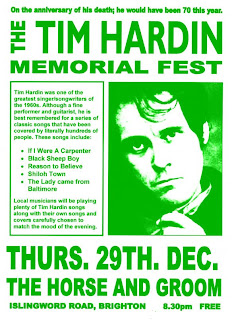 Album Review
Tim Hardin's debut album was something of a happy accident, a killer record at least a third of which was comprised of tracks intended as demos, while another half utilized a string orchestra that the artist knew nothing about. Whatever its origins, Tim Hardin 1 is one of the most powerful and compelling records of its era, encompassing deeply personal and compelling poetry, blues, rock, and folk in settings ranging from stripped-down Sun Records-style rock & roll to lightly orchestrated folk-rock. The beautiful, briskly paced "Don't Make Promises" -- which, along with "Reason to Believe," became one of the two huge songwriting hits here -- opens the album on an ambitious note, its sound mixing a small-band and string section behind a confessional lyric. "Green Rocky Road" and the rollicking "Smugglin' Man" are both more in a traditional folk-rock vein, showcasing the darker and rougher side of Hardin's singing, while "How Long" carries listeners into electric blues that is as raw and stripped down as anything coming out of the British blues boom of the same era, and which could've passed muster on Chess' Fathers & Sons blues showcase. Hardin wasn't happy about the presence of the blues-style demos on the finished album, but when they're placed alongside such startlingly original and personal songs as "Reason to Believe," "Misty Roses," "While You're on Your Way," "It'll Never Happen Again," and "Hang on to a Dream," they vividly show off the sheer range of Hardin's singing and his musical sensibilities. 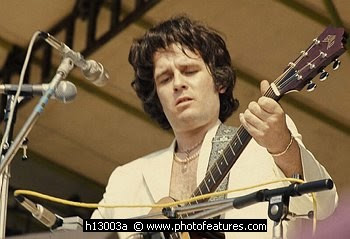 The string accompaniment on most of those songs reportedly wasn't to Hardin's liking, but Artie Butler's arrangements are models of restraint, and the bluesier cuts here keep the album from going too far in that direction. And so what if "Ain't Gonna Do Without" was Hardin's informal joke based on "Hi Heel Sneakers," never intended for release?
It offered some of the best blues harmonica that John Sebastian ever laid down on a record. The result is a seminal folk-rock album, every bit as exciting and urgent as it was in 1966, and as important a creative effort as Bob Dylan's Bringing It All Back Home and Highway 61 Revisited. And this wasn't even Hardin's best album, though it set the pattern for everything he did after. [Reviewed by by Bruce Eder]
.
This post consists of a vinyl rip in mp3 format (320kps). Also included is full album artwork and 2 bonus tracks - the first being Tim Hardin's most successful and widely covered single "If I Were A Carpenter" and a live medley of songs taken from his 1973 Reading Festival performance. It was this live rendition of  "Hang On To A Dream" and "Person To Person" that first introduced me to his music.
.
Tracklisting
01 - Don't Make Promises    2:22
02 - Green Rocky Road    2:20
03 - Smugglin' Man    1:56
04 - How Long    2:56 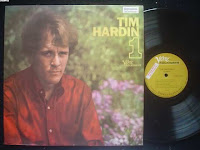