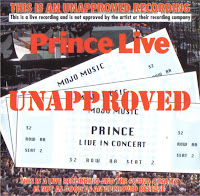 He's been called "His Royal Badness" and "His Purple Highness," and for several years he was simply called by an pronounceable symbol, or as the "Artist Formerly Known As Prince." Reclusive man of mystery, self-proclaimed messianic zealot, sex symbol, flamboyant rock star, Prince--when he was Prince the first time around--was at the top of the music world, giving Michael Jackson a run for his pop dollars. Although completely unpredictable, highly controversial, and self-indulgent, Prince is also an extremely accomplished musician, producer and composer, one of the 1980s' true musical originals.
A virtual one-man band, Prince sculpted and created the Minneapolis Sound through his keyboards, screeching, almost pleading, vocals, erotic live shows, and explicit sexual lyrics. Named after his father's jazz group, the Prince Rogers Band, Prince Rogers Nelson had music in his blood from birth. When his parents divorced, his father left his piano behind, and at the age of 7, Prince began mimicking television themes on the keys. 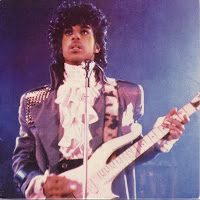 As a teenager, he ran away from home, moved in with a friend, formed a band, and taught himself how to play bass, guitar, and drums. By the age of 18, he had recorded several demos, and by 19, he had struck an amazing deal with Warner Bros. Records, one unheard of by an unknown; the artist, dubbed a prodigy, was not only given a six-figure, several-album contract, but also an inordinate amount of freedom--as a songwriter, musician, and producer.
'For You', released in 1978, featured Prince on every instrument, but still wound up going over budget. His next album, Prince, released a year later, increased his reputation well beyond a meager cult following thanks to the hit "I Wanna Be Your Lover," which landed Prince an appearance on American Bandstand. Things slowed down slightly when 1980's Dirty Mind failed to spawn a Top 40 single (inexplicably, the album's catchiest track, "When You Were Mine," was never issued as a 45), but it was the record that put critics firmly in the Prince camp. He bounced back commercially with 1981's Controversy, which cleverly capitalized on the fuss being made about his X-rated lyrics and androgynous persona. That same year, he gained his first exposure to the mainstream rock audience by opening a few shows for the Rolling Stones. Taking the stage in a trench coat and bikini briefs, he faced down nearly 100,000 Stones fans at the LA Coliseum, and was booed off the stage.
. 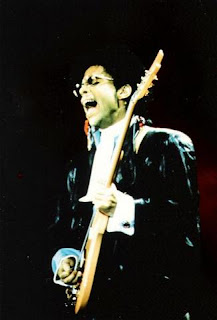 The stage was set for a complete crossover to the pop mainstream, and 1982's double-album 1999 provided it. Led by its three brilliant singles "1999," "Little Red Corvette," and "Delirious" the album put Prince all over the radio and the just-hatched MTV, and stayed on the Billboard charts for almost three years. With a successful tour and an album perched in the Top 10, 1983 was a great year for Prince, but it couldn't hold a candle to what he would achieve the following year. With the July release of Purple Rain, Prince moved into territory only Elvis Presley and the Beatles could relate to: at the age of 26, he simultaneously had a single ("When Doves Cry"), an album, and a movie in the No. 1 spot on the Billboard and box-office charts. Purple Rain didn't just visit the top of the charts, it moved into the penthouse and spent a staggering 24 weeks there, good enough for the fourth-longest stay in history by a pop album. The Purple Rain era ended triumphantly the following February when Prince won the Oscar for Best Score. A scant ten months later, he followed up his blockbuster with a more subdued effort, Around the World in a Day. It, too, topped the charts, this time for a more reasonable three weeks, and was the first release on Prince's new label imprint, Paisley Park.
In 1987, Prince's most explicit record ever, The Black Album, was scrapped either because the artist or the label found the songs too controversial. (Dedicated fans heard the material anyway, as it was heavily bootlegged.) Just a few months after the withdrawal of The Black Album (it finally saw official release in late 1994), Prince was back with another record, 'Lovesexy', and a full-scale European tour with an elaborate stage that included a basketball court. 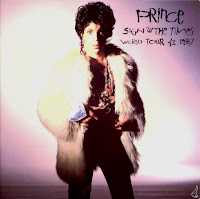 Called the 'Sign O' The Times' tour, it marked a huge transition period in the career of Prince. Gone were the Revolution, in particular long-time band members Bobby Z. (who was there from the start in 1978), Brown Mark, Lisa Coleman, and Wendy Melvoin. The only holdovers from the "Counter-Revolution" line-up were Miko Weaver, Eric Leeds, Atlanta Bliss, and long-time keyboardist Doctor Fink. Sheila E., who Prince had been using in studio, took over on drums, while another session player, Levi Seacer, Jr., who had been playing in Sheila E.'s band and was also a member of Prince's jazz-fusion project Madhouse, was added on bass. Boni Boyer was brought on board to play keyboard and organs and the Star Search phenom Cat Glover rounded out the group as choreographer, dancer, and backing vocals. It wasn't until much later that Prince's newest band was referred to as the "Lovesexy Band" by most long-time Prince fans.
.
Album Review
I have been unable to find any other Prince bootlegs that exactly match this release, however the track listing implies that the recording was made sometime in 1987 during his European 'Sign O' The Times Tour
I also suspect that this recording is probably a rehash of those made during the Paris concerts. Other bootleg titles are Wonderboy (Moonraker release shown below - first left), Paris Affair and Paris 17.06.87.
.

.
So, was this Prince's best tour? Maybe. Certainly, 1987 will go down as perhaps his second best year ever (1984 will always be number one). 1987 featured his best album and a tremendous tour then followed up by an incredible concert movie. Put this CD set next to your official copy of Sign O' the Times and you will end up with a perfect document of Prince in his prime. Sound quality on this reissue surprisingly surpasses the original release of  Wonderboy by a very noticeable margin, and that says a lot because the original had sparkling quality. The bass response and guitar both seem to be deeper and crisper respectively. I've always thought the SOTT film was mixed poorly (by Sheila E.) and had a very flat sound on the low end. This recording set furthers my opinion.
. 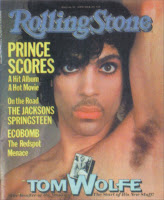 The missing songs on this incomplete Paris show are badly missed, in particular "If I Was Your Girlfriend" and "Forever in My Life". Forever was perhaps the musical highlight of the film and tour and it would've been nice to have an additional copy of that song with this quality. What's here on the Paris show is great though, most notably the rendition of Girls and Boys, a killer guitar solo during "I Could Never Take".. and a sizzling run through of the "Purple Rain" medley. Another track missing from this release is "Little Red Corvette", however this is not surprising as the track was cut short on the other bootleg releases - probably due to some technical difficulty.
Packaging is very poor of course, but if you are looking for a better presentation package, you can't go past the Moonraker release of 'Wonderboy'. [Extracts from pureviolet.free.fr]
This post consists of mp3 (320kps) ripped from CD and includes both artwork for this release and related bootlegs (as listed above).  I am open to feedback on whether this recording was in fact made in Paris.
Although Prince is not one of my favourite artists (too flamboyant for my liking I'm afraid), I have enjoyed some of his bigger hits such as 1999, Purple Rain and Cream, and this live recording certainly documents his talent while on stage.
. 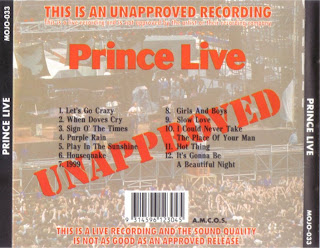