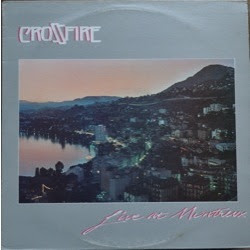 The Montreux Jazz Festival is the best-known music festival in Switzerland and one of the most prestigious in Europe; it is held annually in early July in Montreux on the shores of Lake Geneva. It is the second largest annual music festival in the world after Canada's Montreal International Jazz Festival.
The Montreux Jazz Festival was founded in 1967 by Claude Nobs, Géo Voumard and René Langel with considerable help from Ahmet Ertegün and Nesuhi Ertegün of Atlantic Records. The festival was first held at Montreux Casino. It lasted for three days and featured almost exclusively jazz artists. The highlights of this era were Keith Jarrett, Soft Machine, Weather Report, The Fourth Way, Nina Simone and Ella Fitzgerald.
Originally a pure 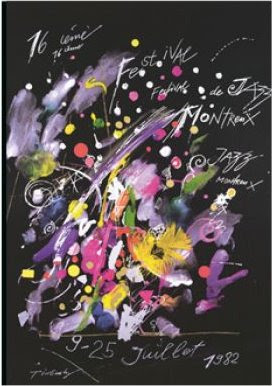 jazz festival, it opened up in the 1970s and today presents artists of nearly every imaginable music style. Jazz remains an important part of the festival. Today's festival lasts about two weeks and attracts an audience of more than 200,000 people.
The festival was originally held at the old Montreux Casino, which burned down in December 1971 during Frank Zappa's performance. ("Smoke on the Water" by Deep Purple tells that story.) The festival was held then in other auditoriums in Montreux, until it could return to the rebuilt new Casino in 1975 [extract from wikipedia].
.
The 1982 Montreux Jazz Festival
The 16th edition of the Festival (1982), held from July 9 to 25 opened with a musical firework along with Laurie Anderson, Talking Heads and Tom Tom Club. The Brasilians Milton Nascimento, Wagner Tiso and Alceu Valença were on the second evening and the king of Reggae music Jimmy Cliff and Gilberto Gil played the third evening ! 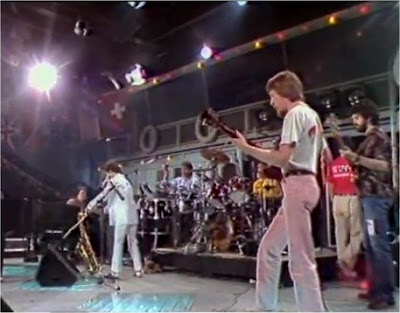 The Rock music was secured by Steve Miller Band, Mink Deville and the British Climax Blues Band who was one of the leading lights of the late ‘60s Blues boom. Jackson Brown took care of the Soul music and the Lounge Lizards and, on the same evening Michael Schrieve (Santana’s drummer) and his band “Novo Combo” played the Jazz-Rock side.
The Blues evening was secured by the virtuoso Stevie Ray Vaughan who surprised many, and David Bowie who was present in the audience at the time was so impressed that he requested Stevie to play guitar on his new “Let’s Dance” album. Jackson Brown, also present in the audience, offered his recording studio for Stevie to record his new album 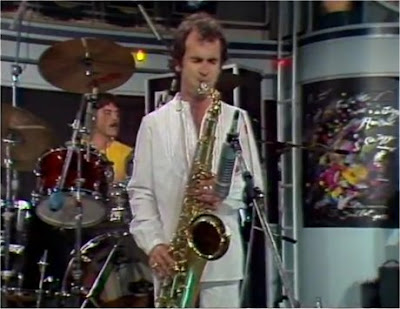 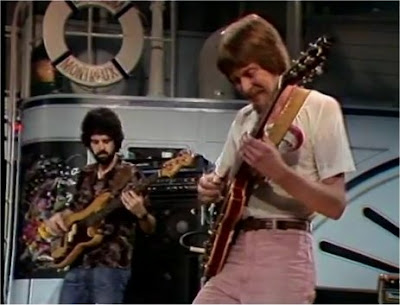 Bloxham (Percussion). The 16th edition of the Festival deserved its eclectic reputation ! Jean Tinguely, a Swiss artist best known for his sculptural machines, designed the festival's poster as depicted above [extract from Montreuxmusic.com].
.
In the July/August 1983 edition of 'Jazz', Australian jazz writer and critic Eric Myers reviewed the LP entitled 'Crossfire: Live at Montreux'. The recording documented a live 1982 performance by Australian jazz-rock fusion band Crossfire at "one of the world's great festivals" (Myers, 1983: np). Myers' review begins with reference to what is commonly referred to as Australian cultural cringe - the belief that Australian culture is inferior to overseas culture, especially European and North 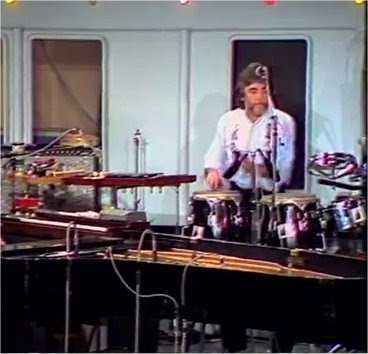 American - before offering his assessment of Crossfire's place amongst the elite company at Montreux:
What this record shows beyond doubt is that Crossfire, playing original music that is an
outgrowth of our own culture, can take their place on the international stage with the best of them ... a great moment for Crossfire and a high point for Australian music.
[ extract from epubs.scu.edu.au ]
.
This post is presented in two parts. The first consists of 5 separate tracks, as released on their official WEA album, ripped from YouTube videos as mp3's (256kps). Limited album artwork is included along with record label scans and select photos from their performance.
The second part is a single mp3 file (256kps) ripped from a YouTube clip, which captures their complete Montreux set (nearly 80mins long). Limited artwork is included along with screen captures of their performance. The quality of the sound reproduction is awesome, and Crossfire's performance is as good - if not better, than the masters of Jazz Fusion - 'Return to Forever'
.
Album Track Listing 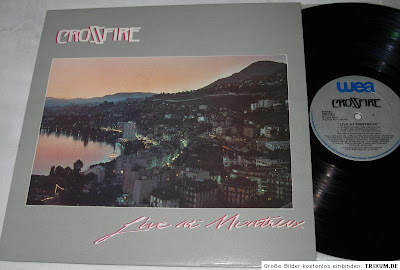