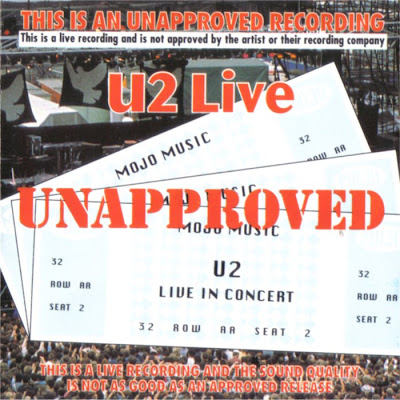 Here is another U2 bootleg on the MOJO label, probably recorded during the 'Joshua Tree Tour' of 1987.
The Joshua Tree Tour was a concert tour by the Irish rock band U2, which took place during 1987, in support of their album The Joshua Tree. The tour was depicted by the video and live album Live from Paris.
This tour's opening night was April 2 at Arizona State University's Activity Center in Tempe, Arizona. The first leg took place in American indoor arenas during April and May. The 29 concerts generated US$7,051,329 with a total of 465,452 tickets sold. 1,063 tickets from Las Vegas remained unsold equating to a 99.77% sellout for the 1st American leg. The first leg finished with 5 concerts at the Brendan Byrne Arena in East Rutherford between 11 and 16 May. 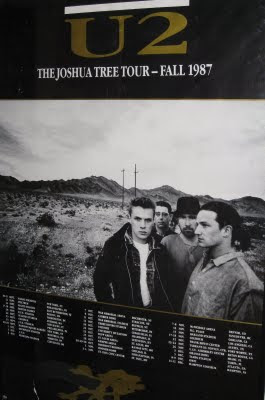 The second leg in European arenas and outdoor stadiums ran from late May through to early August, starting at the Stadio Flaminio in Rome on 27 May. The final show of the European leg is at Pairc Ui Chaoimh in Cork on 8 August.
The third leg returned to American and Canadian arenas and stadiums in the autumn. The tour ended on 20 December back where it started in Tempe, Arizona, but this time at Sun Devil Stadium.
On 30 April, the band played the Pontiac Silverdome, their first headlining stadium show in the United States. While the show's reviews were positive, they said that a video screen is necessary for people at the back. U2 production manager, Willie Williams, recalls the debate within the band about the use of screens and whether they would divide the audience's attention between the stage and the screen. A video screen was installed behind the lighting tower at the 20 September show at the RFK Stadium in Washington DC so the back half of the stadium could better see the band, and screens were used at most stadium shows for the rest of the tour. 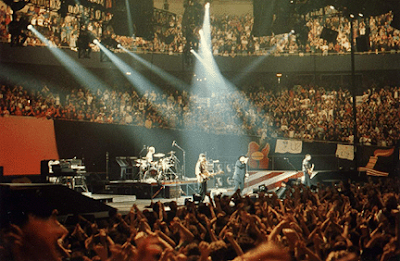 The Joshua Tree Tour sold out stadiums around the world, the first time the band had consistently played venues of that size. The Joshua Tree and its singles had become huge hits and the band was at an apex of their popularity. Tickets for shows were often very hard to get, especially on the first American leg when they only played in arenas.
That first leg was also organised around multiple-night stands in centres of U2 fan-dome along the two U.S. coasts, with only a very few dates in the middle of the country. These multiple-night stands also featured an unusual set list twist. All but the last night would begin in conventional concert fashion with the rousing pair of "Where the Streets Have No Name" into "I Will Follow", but the last night in each city would begin with the house lights fully up and the band performing the early 1960s classic "Stand By Me", with The Edge singing one verse, all intended as a friendly, informal opening.
The house lights would 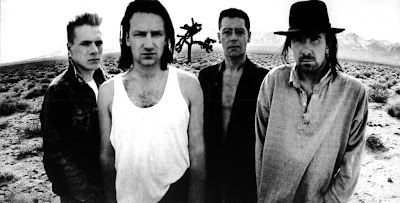 then stay up for "Pride (In the Name of Love)", only going off at the end of it; the rest of the set list would be consequently scrambled from the norm.
The new level of fame, exposure and the frantic nature of the tour put the U2 organisation under a large amount of stress.
The 79 North American shows on the tour sold over 2 million tickets and grossed $35 million.[extract from wikipedia]
The post consists of a mp3 rip (320kps) taken from CD and includes album artwork (plain as it might be) and various photos of the band relevant to the Joshua Tree Tour. The recording is excellent, probably a soundboard, and the tracks on this bootleg are as powerful as those on the official tour album 'Rattle and Hum'. "Bullet The Blue Sky" is my favourite track - just love it!
Note: The back cover of this CD has some typos. Bullet is misspelt 'Bullit', Unforgettable is spelt 'Unforgetable' and Track 12 is not listed at all.
. 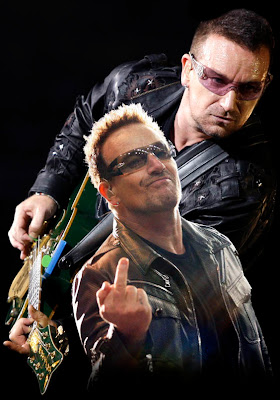