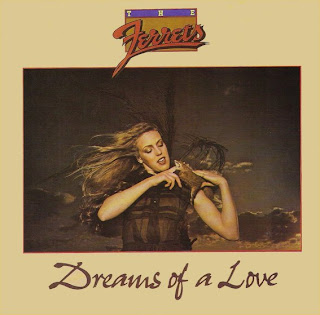 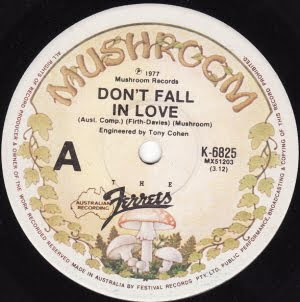 After favourable reactions from audiences in Melbourne and Sydney, The Ferrets produced a demo tape that caught the attention of Ian "Molly" Meldrum talent coordinator for ABC-TV series Countdown. Meldrum signed them to Mushroom Records and started producing their début album Dreams of a Love on 19 July, 1976. After nearly a year, production was still incomplete, so The Ferrets took over (assisted by recording engineers Tony Cohen and Ian MacKenzie) and Meldrum was attributed as "Willie Everfinish" on the album cover. Album production was finalized on 15 August 1977. Meldrum had carefully crafted their first single’s A side "Lies" taking weeks but the B side "Don’t Fall in Love" (written by Ian Davis and Firth) was rushed in three hours. The Ferrets premiered on Countdown in an episode compèred by Jon English however, they used their B side. "Don’t Fall in Love" quickly sold out its initial pressing and many customers wanted a copy of The Ferrets' début album – there was concern at Mushroom Records as Meldrum had not organised an album cover: a white hand stamped cardboard sleeve was issued with a promise of the album artwork to follow!

The Ferrets released a promo as the single rocketed to #1 on Melbourne’s charts and #2 Nationally. They were awarded with "Best Australian TV Performer" at the 1977 King of Pop Awards for their Countdown appearances. Although generally remembered for their biggest hit, their follow-up single "Janie May" reached #19 in Melbourne and was on Countdown episode of 13 November 1977 (featured infamous 'Prince Charles Interview'). Their debut album Dreams of a Love achieved Gold record status and the long awaited album cover depicted a model (Wendy Bannister) holding a snarling ferret on her shoulder. [From Wikipedia]
.

I saw The Ferrets play at the Nightmoves Concert, held at the Palais Theatre in St.Kilda in 1977 and was blown away with their huge production numbers and full on theatrical stage productions, influenced by Miller's earlier associations with big stage productions like 'Jesus Christ Superstar' no doubt (they even had a 20 strong boys choir singing in the background of 'Just Like The Stars')
They were a very talented but highly under rated band of the 70's and really deserved more recognition as been the forerunners for big production bands like John Farnham and Little River Band in the 80's.
. 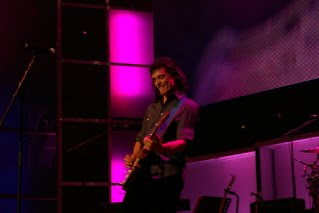 Dave Gray writes "Billy Miller is a superb guitar player, arranger and vocalist. He approaches music and life with a real sense of delight and play. I'm not saying he's a blissed out , mystic hippie. I mean that he has his priorities and one of those seems to be that he doesn't expect to be bummed out every time he turns around a corner. He's tough and wiry and cranky and he's a complete joy to play with. He knows his nuts and his bolts".

After the Ferrets, countless bands and gigs followed for Miller, who still plays in his original band and up until 2004 worked in a music production company (Duffield Kenihan Pty Ltd) creating music for TV commercials, and co-producing the music for "Round The Twist" (Children's TV Foundation). Billy also composed music for several short films, including "The Bird" (VCA 1996), which won best music in its category. In 2008, Billy was busy playing gigs with Stephen Cummings and his own band, recording a new album, composing and producing soundtracks for films in his studio, starring in documentaries and barracking for his beloved Saints (St Kilda Football Club). Now, if they had won the 2009 Grand Final this year against the Cats, can you imagine the party he would have had with St.Kilda's other Number #1 supporter - Molly Meldrum!
For more information about Molly's association with the Ferrets, have a look at Rectro Universe's posting 'Don't fall in love with a Ferret'.

The rip included here was taken from CD at 320kps (thanks to Midoztouch) and the bonus singles Side A & B from vinyl (thanks to Ozzie Music Man). Full album artwork is also included.
.
Track Listing 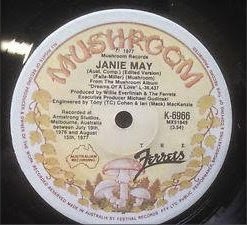