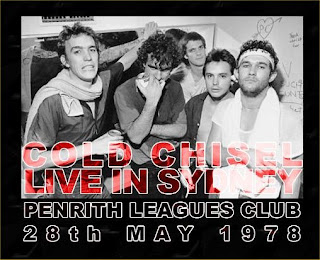 This was a Cold Chisel concert that was broadcast on JJJ Radio, Australia as part of the "Impossible Music Festival" Weekend - 19th-21st September 2008. (ABC)
The exact date of the concert wasn't mentioned and research indicates that there are two possible dates/venues (Innercity Sounds) - Penrith Leagues Club Sydney (28-5-1978) or St Leonards Park Sydney (18-11-1978).
Looking for the exact date has brought up a few Red Herrings. Firstly, one would normally trust JJJ to give the correct date and leave it at that. But there seem to be a few leads that say it 'may' not be correct. According to the Cold Chisel Biography, Khe Sanh wasn't released until May 1978. (see Cold Chisel History)

Jimmy Barnes mentions that JJJ were the only station playing the song at the time. If it was released at the start of the month, that would mean only one month of "possible" airplay. Fair enough, I suppose, in an era that relied a lot on radio. BUT, the 'unsuitable for radio' classification about Khe Sanh didn't happen till August 1978 (see website link above), which point more to
the fact that it was possibly recorded at a show later in the year. 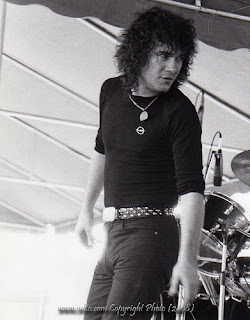 Truth be told - it was a long time ago. Either source could be slightly wrong. We're dealing with either fans/management who didn't realise they'd be writing down tour dates for people to look at in 30 years time or a reel-to-reel tape left in an ABC archive (labelled by the 15 year old work experience kid) 30 years ago. Sure, it would've been transferred a few times to various formats over the years - and it may have been mis-labbled then. According to the official website they also played a 2JJ show at the Regent Theatre, Sydney on the 4th October 1978 - perhaps it was this show??? DJ's are just told to read what they are told - and then they still get things wrong - Rosie Beaton mentioned before the Crowded House set that it contained their hit "Six Months in a Leaky Boat" - nice one.... 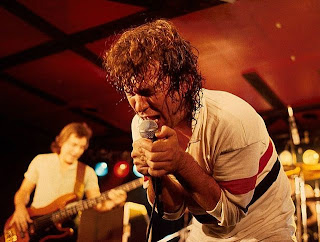 Here's even more info pointing towards the date and/or venue being incorrect. A reference to a Midnight Oil show in September 1978 at St Leonards Park with Cold Chisel (Innercity Sounds)
A reference to a show at St. Leonards Park with The Angels in 1978 - "In the early days a string of free outdoor concerts were held in various areas in Sydney. Skyhooks played at Dawes Point under the harbour bridge; a great day in the sun. At St Leonards Park, a new band from SA called 'Cold Chisel' still new to the scene and greeted with polite applause and another band from the same state who wound up the afternoon 'The Angels', not a single soul was sitting down for their set and as we all know both bands went on to make their mark and bring pleasure too many."

"In 1978, following a recorded 2JJ concert at St Leonard's Park, ‘The Angels’ released their landmark album ‘Face to Face’, which remained in the charts for 76 weeks. Their popularity exploded throughout Australia with sell-out shows and stadium tours with Meatloaf and David Bowie."
From the Angels official website. The guestbook has quite a few references to Cold Chisel (Guestbook Central) - either St Leonards Park or the Bondi Lifesaver - but what date? They
played at the Bondi Lifesaver a heap of times over those two years. 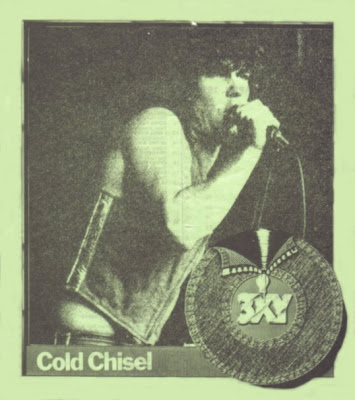 The Artwork for this posting was provided by Woodynet at Midoztouch, who by the way is of the opinion that the concert was recorded at St Leonards Park in Penrith, and not Sydney Park due to the 'non stadium' sound of the recording. Good one Woody - simple logic prevails over long winded research and I agree.