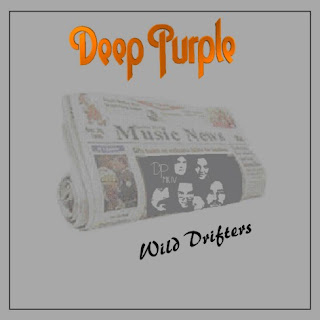 It was Deep Purple’s fifth concert performance (20-11-1975) with the new line-up (Mark 4) and the lack of hard roadwork showed. There were patches of uncertainty, hesitancy, sometimes they approached disarray.
More than a few trademarks of previous line-ups are also missing. Gone are the swirling mists of dry ice (presumably guitarist Ritchie Blackmore took the machines with him as part of his divorce settlement !) Gone also is most of the material Purple fans are familiar with. The new line-up did "Burn", they did "Stormbringer", they did "Smoke On The Water" and ""Lazy from the 'Machine Head' album. They introduced just about all of the LP ‘Come Taste The Band’
But the noo choons are fine. There’s more than a few that will work out to be standards in the band’s future repertoire especially the soulful – "You Keep On Moving" and the staccato rocker "Comin’ Home".
. 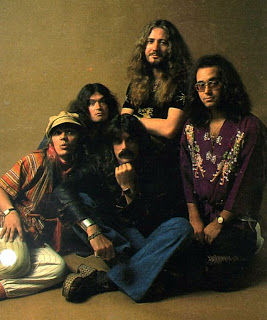 But for the most part, the new stuff was received with slightly strained applause. The old stuff was greeted with fervent and relived cries-of acclaim.
But, as it turned out, the new repertoire worked out better than old faves. Certainly new guitarist Tommy Bolin seemed happier and more forceful playing the new material. It seems the band and he haven’t yet worked out an entirely satisfactory system for the old.
Bolin (quite rightly for his own self-esteem) is more into interpreting Blackmore’s riffs than playing them note for note. And the rest of the band, having been firmly indoctrinated into the ways of The Riff According To Ritchie, haven’t quite worked out how to handle that one yet.
Result: some confusion and a fair bit of fumbling.
It’s the new material one should look to to provide some insight into the future well being of Purple.
Basically it’s fine stuff. And it will no doubt get finer once the band have road tested it further. It provides much scope for the microphone bending dramatics of vocalist David Coverdale. And singer Glenn Hughes is starting to take a real role in the running of the show. He lopes around the stage, muzzles into Bolin or Coverdale (whichever is nearest). He pushes his rock tenor voice into high reaching screams that threaten to dislodge tooth fillings (so piercing are they), and which stretch past most vocal ranges in rock to near sonic breakthru point. 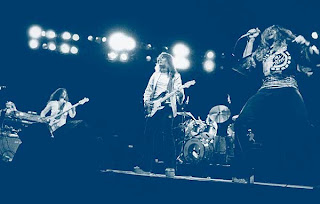 “Super”, says Glenn, as the audience applauds out of sheer admiration and amazement. “Spiffing”, he adds.
The night of the concert was bloody hot and the atmosphere was clammy with humidity and undissolved perspiration. David Coverdale seemed affected by the heat and he spent much time away from the action line – being revived by an oxygen machine.
But when he was on stage, he dominated. A cheerful goliath from sturdy English mining stock with a righteous beer belly, he strides the stage exhorting himself, the 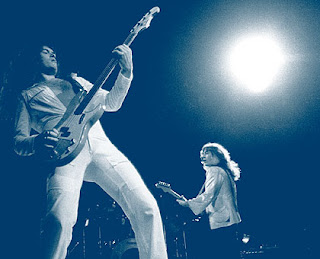 band, and the audience. His singing is powerful and near faultless. His stage speciality is snapping microphone stands in two. (There’s a roadie who’s only job during the show is to try and bend ‘em back into shape).
Ian Paice, one of the two original members of the band, provides the rhythm section with a mains source of power. He’s a joy to hear really. Never falters, never strains. Just hits bloody hard and accurately all night. His partnership with Glenn Hughes is a delight to anyone who wants to hear a rilly good thudda-thunda underneath the guitar solos and keyboard chunga-chunga. 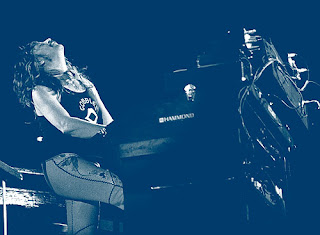 Taking of keyboards, Jon Lord remains an enigma. His ability is not in doubt, but for much of the concert he was playing fills and frills, or providing a rhythm under Bolin’s scorching solos. He was pretty laidback in fact. He reminded one more of an avuncular guardian than anything else…he was there to keep a friendly eye on the new boys, to see they were working out okay.
His organ solo was brief and good humoured. The only time he really stretched out was on his co-composition (with Glenn Hughes), "This Time Around" (off the ‘Come Taste The Band’ album). 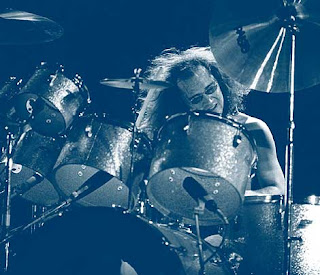