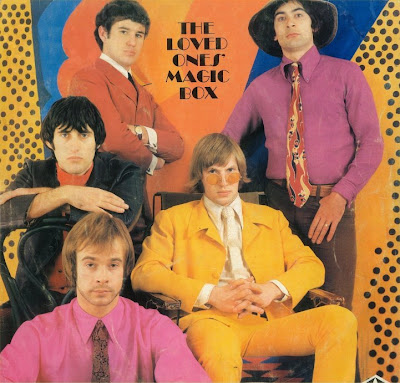 In 1965 three members of the Red Onions -- Ian Clyne (keyboards), Kim Lynch (bass) and Gerry Humphries (vocals, clarinet) -- joined forces with guitarist Rob Lovett and drummer Gavin Anderson from fellow jazz/blues stalwarts, The Wild Cherries, a band that itself would likewise transmute into a rock band not long after. These were seasoned, highly-skilled musos for whom the move from jazz to pop was considered something of a retrograde step. Led by the charismatic, dynamic Gerry Humphreys -- unquestionably one of the best rock singers this country has ever produced -- the new band immediately blew the pundits away with their unique sound, a repertoire that mixed tough rhythm & blues with appealing, quirky original pop tunes. 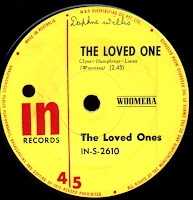 The Loved Ones announced their arrival in in early 1966 with their inimitable debut single "Everlovin' Man". A bluesy swing waltz that showed off Gerry's astonishing vocal range and Ian's inspired Hohner electric piano foundations, this single remarkably failed to chart until it was re-released in July on W&G’s pop imprint, In Records. But it certainly attracted attention, paving the way for the follow-up, "The Loved One", a raggedly driving, jiving rocker -- again inn 3/4 time -- that sorched up the charts to #2 in Sydney and #15 in Melbourne soon after its May 1966 release. In its wake, "Everlovin’ Man" hit #9 in Sydney and #2 in Melbourne when it was re-issued, dominating the upper reaches of the charts for 19 weeks. 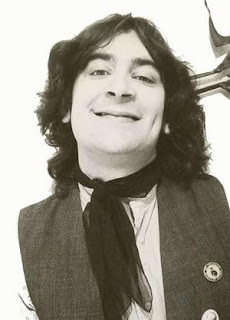 The band sported a hip, stylish Mod image and they soon built up a solid following in Melbourne and further afield. In early 1967 they consolidated their reputation with its third single, the baroque, brooding "Sad Dark Eyes". Another song that has been lovingly covered in recent times by another respected Aussie rock performer, Ed Kuepper, formerly of seminal Brisbane punk outfit The Saints. This song was a moderate hit for The Loved Ones (respectable top forty placings in the capital city charts), but it was the first without the contributions of Clyne, who quit the band in late ‘66, to be replaced on keyboard duties by Treva Richards.The Loved Ones secured the support slot on the 1967 national tour by The Animals and The Hollies, which coincided with their last charting single, a complex and the final brace of tracks that completed the marvellous, seminal, solitary Loved Ones studio album, Magic Box, and a couple intriguing pop ditties called "A Love Like Ours". Kim Lynch departed soon after, and Rob Lovett switched to bass to make way for American guitarist Danny Delacy. This line-up lasted until the group’s break-up in November 1967, but was able to record and add more fine Singles (extract from Milesago)
This rip was taken from Vinyl in FLAC format and includes full album artwork for both CD and LP
There has been much contention about whether the CD release of this album was stereo or mono. Be assured that this rip was taken from a stereo pressing of the LP - see label scan below
(Thanks to Deutros for the bonus track)
. 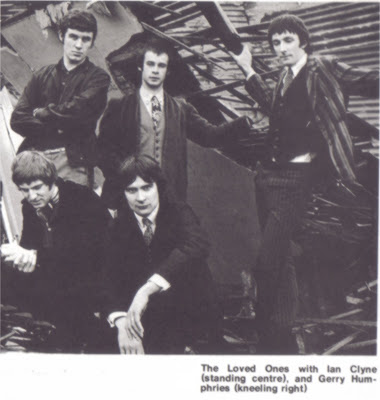 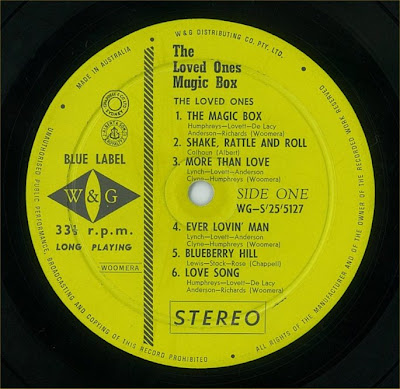