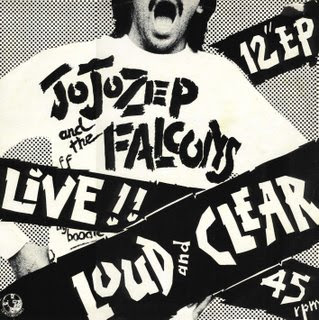 Jo Jo Zep and the Falcons is the group which started one of Australia's most talented musicians, Joe Camilleri, making music of his own. It didn't happen straight away, but it did happen.
By the time Jo Jo Zep and the Falcons was formed in 1975 Maltese-born Joe had already spent some ten years in the Melbourne music scene, and become one of its mainstays, well-known and admired amongst his peers. From mid-sixties R&B group the King Bees he moved to blues purists the Adderly Smith Blues Band, who sacked him for sounding too much like Mick Jagger and for being too much of a showman, neither of which he could help. Joe was just doing what came naturally, but Adderly Smith took themselves very seriously, priding themselves on educating audiences on where the songs the Rolling Stones were recording originally came from. Joe spent the early seventies in more innovative, even eccentric bands like Lipp and the Double Dekker Brothers, the Sharks and the Pelaco Brothers (the latter with Stephen Cummings of the Sports).
In late 1975, Ross Wilson was still waiting out his Daddy Cool/Mighty Kong recording contract, keeping himself busy by producing Skyhooks. He also decided to produce a version of Chuck Berry's 'Run Rudolph Run', the kind of retro rocker Daddy Cool used to record, as a one-of Christmas single for Mushroom Records. 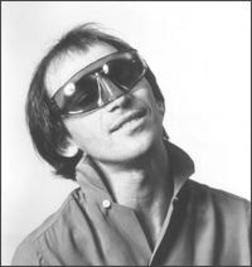 Since contractually he couldn't perform the vocals himself, Ross asked musician around town Joe Camilleri to sing and play on the record, and front it. In Maltese "Joe" is "Zep". The name put on the single was Jo Jo Zep and his Little Helpers. To promote the single it seemed a good idea to put together a scratch band comprising some of the other people who had worked on the record, more Ross Wilson cohorts. On stage they called themselves Jo Jo Zep and The Falcons. The single wasn't a hit, but the band stayed together. When Ross Wilson formed his own Oz label, he signed the band and produced their records. The first Falcons single 'Beating Around The Bush' was one of the tracks on the Ross Wilson soundtrack for a movie, also called 'Oz'. The band had become an outlet for another of Ross Wilson's songwriting proteges, Wayne Burt, who wrote great songs in that r&b/soul idiom that was the Falcons' stock and trade in the beginning (extract from Howlspace)
After recording the albums 'Don't Waste It' (which contained their hit single "Security") and 'Whip It Out', the mini-albums 'Live, Loud and Clear' (which managed to reach #53 nationally in August 1978, with lead track "The Honeydripper" receiving most of the airplay) and 'So Young' (the title of which was covered by Elvis Costello) for Oz Records, the band and its shifting cast of players - found themselves at Mushroom Records. By this stage Wayne Burt had left - to be replaced by Tony Faehse (who had played in Alvin Stardust's band) - and the composing duties were thrown over to Camilleri and his colleagues. Soon afterwards, the ebullient Wilbur Wilde, who had been an integral member of Ol' 55, also joined the band, although he had already played on previous albums as a sessions player.
But by this stage the sound of the band was changing and by 1982's sophisticated 'Cha' album and its hit single 'Taxi Mary' it was just called Jo Jo Zep, minus the Falcons and plus Jane Clifton, Joe Creighton and others. Even a tour of America (which by all accounts was a disaster) failed to stop the eventual demise of the group. Ironically, Camilleri soon got back to his roots and went on to form the even more successful Black Sorrows. A brief national tour to support the 1984 compilation saw the Camilleri/Wilde/Burstin / Faehse/Power/Young line-up appear for the last time until that famed reunion in 2001 and the brand new album! (Extract from Joe Camilleri's Website) 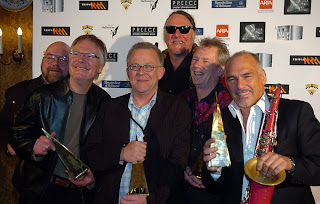 Jo Jo Zep and the Falcons were added to the list of acts to be inducted into the 2007 ARIA Hall of Fame. [Quote: The announcement of the new inductees follows last month's initial list featuring the Hoodoo Gurus, Marcia Hines and Frank Ifield
"I'm chuffed. I think the Falcons did play a part in the Australian music explosion," Jo Jo Zep and the Falcons frontman Joe Camilleri told news.com.au.
"I'm happy it's been acknowledged. The Falcons were a band out of time. What we played wasn't what was being played. It was an R&B/reggae sound in the time of flares and funk and pop music. Somehow we slotted in." The Hall Of Fame inductions will take place in the Plaza Ballroom at Melbourne’s Regent Theatre on 18 July.]

The 'Live, Loud and Clear' 12" EP was recorded at Martini's in Carlton on 22nd/23rd Dec, 1977.
Standout tracks for me are "Ain't Got No Money" and "Girl Across The Street (just turned 18)". I have fond memories of seeing Jo Jo Zep play these tracks, along with many of their other hits such as "Security" and "So Young", on many ocassions at La Trobe Uni, Bundoora back in 1977. They were a big favourite with the Uni crowds at the time and always produced an exciting stage show. I also got to see them play at other venues such as Bombay R 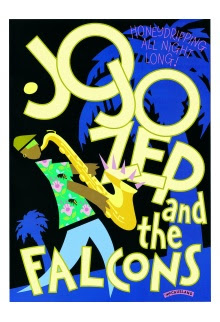 ock and Martini's but alas, cannot claim to be in the crowd on the nights which this recording was made.
This Rip was taken from Vinyl at 256kps and includes full album artwork included.
.
Track Listing
01 - Honey Dripper
02 - Young Girl
03 - Ain't Got No Money
04 - Girl Across The Street
05 - Riding In The Moonlight
.
Band Members
Jo Camilleri (Vocals, Sax)
Jeff Burstin (Guitar)
Tony Faehse (Guitar)
John Power (Bass, Vocals)
Gary Young (Drums)
Wilber Wilde (Sax)
.
Jo Jo Zep & The Falcons Link (31Mb) REPOST
.
Posted by AussieRock at 10:56 AM