Before things get too serious here at Rock On Vinyl, I thought it might be fun to post a song or album at the end of each month, that could be categorized as being either Weird, Obscure, Crazy or just plain Korny. 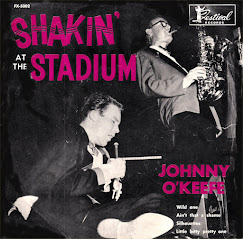 Johnny O’Keefe was a lovable larrikin who became Australia’s first successful rock ’n’roll singer in the mid-1950s. Known either as J.O.K. or ‘The Wild One’ he had been singing for a number of years on stage in various groups but once he saw Bill Haley and the Comets performing ‘Rock Around the Clock’ in the film of the same name, he immediately knew that he would become a rock singer. He chased his dream relentlessly and became the first Australian artist to make the local Top 40 charts and the first Australian rock ‘n’ roll performer to tour the US. He had 29 Top 40 hits in Australia between 1959 and 1974 a number of EPs and successful LPs.

Liner Notes
Johnny O'Keefe is the latest meteorite to collide with Australia's music world. This spectacular young singer was born in Sydney in 1935 and began his professional career approximately three years ago.

Music runs in the O'Keefe family, Johnny's father having been a professional musician (for those who can remember) Ray O'Keefe and the Club Royals were a force to be reckoned with on the local music scene some years ago. 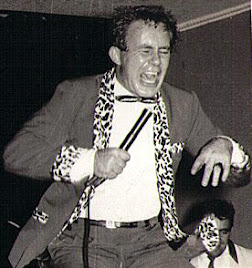 The first big step forward in Johnny's career took place with a visit of Bill Haley and his Comets to this country, when Bill selected him out of all the budding young artists he came in contact with out here, as the most outstanding exponent of the rock and roll idiom in Australia and named him future "King" in this field. Johnny really hit the high-lights this year when selected by Lee Gordon for a prominent part in his Big Show, amongst artists of such caliber as Little Richard, Gene Vincent and Eddie Cochran.

Johnny's most recent triumph was his return engagement for the Big Show in which he featured with Lee Gordon's latest batch of top liners from the States, among them Paul Anka, Jerry Lee Lewis, Jody Sands and the current high-flying quartet the Crickets led by Buddy Holly. The tumultuous reception Johnny received is reflected in the wild bursts of applause heard on the tracks "I'm A Wild One" and "Ain't That A Shame" which were actually recorded at a live performance.
Johnny formed the group, named the Dee Jays in January, 1957, and in a very short space of time O'Keefe and the Dee Jays have developed into the most popular commercial recording group in Australia. Their records are in great demand and the appearance of the group on the concert stage is the signal for he most enthusiastic and vociferous welcome ever accorded any artist in a live show. 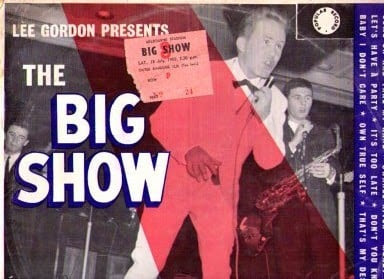 O'Keefe's Big Shows
By this time O'Keefe had become a close friend of Lee Gordon and their popularity really took off when O'Keefe and the Dee Jays were installed as the featured support act for Gordon's famous "Big Show" concert bills at the Sydney Stadium. These "Big Show" concerts were landmarks in Australian popular entertainment, being among the first tours to feature leading overseas rock'n'roll stars, including Little Richard, Bo Diddley, Buddy Holly and Jerry Lee Lewis; Gordon also toured many top jazz acts of the day, including the first visits to Australia by black jazz artists such as Louis Armstrong, who had been prevented from touring Australia in previous years because of the White Australia Policy. 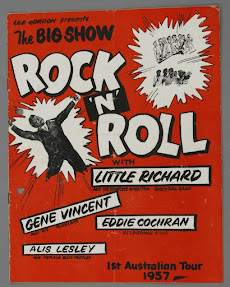 O'Keefe and the Dee Jays' first major break was a support spot on Lee Gordon's first "Big Show" rock'n'roll tour, which starred Little Richard, Gene Vincent, and Eddie Cochran. When Gene Vincent and his band were stranded in Honolulu on their way to Australia, Gordon contacted O'Keefe and asked him to fill in for Vincent for the first night of the tour in Wollongong. This was followed by another support spot on the second all-star Big Show, which included The Crickets (with lead singer Buddy Holly on his first and only Australian tour), Jerry Lee Lewis and Paul Anka.

Their first EP, Shakin' At The Stadium, included JOK's signature tune "Wild One", co-written by O'Keefe with Greenan, Owens and top Sydney DJ Tony Withers. This became his first hit in March 1958, peaking at #20 on the newly established Sydney Top 40 (at this time there was no national pop chart in Australia). Although it was claimed that it was recorded live at the Stadium, it was in fact a studio recording, overdubbed with the sound of a real Stadium audience. 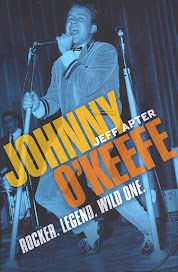 The song "Wild One" featured driving saxophones from Greenan and Owen, slap bass by Keith Williams, echo-inflected drums from Johnny “Catfish” Purser (recorded via the toilet in the studio), percussive finger snaps, pounding boogie-woogie piano by Mike Tseng and insistent guitar riffs from the talented Lou Casch, crowd noises were added on the album version of the song.
JO’K tore up the vocals and revealed the influences of his idols Little Richard and Bill Hayley, and after The Wild One hit the charts and climbed to #20, he became the definitive embodiment of the Wild One. The song was later covered by Iggy Pop in 1991 and was a huge hit for Iggy as well.
This post consists of FLACs ripped from my 64 year old vinyl (I know this as this is my age having been born in the same year of its release) and is in better condition than me  LOL. I did however have to apply some extensive de-clicking to clean up this recording.  Full artwork and label scans are included.
This very rare EP certainly ticks the Obscure box (eBay copies are selling for up to $100) and based on how I feel at the moment, it also ticks the Old box !
Hope you enjoy some of Australia's best vintage rock n roll from one of the greats in the music industry.
Track List 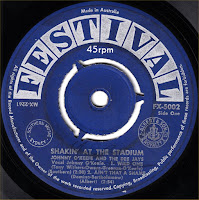