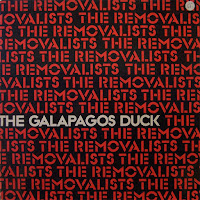 Galapagos Duck is an Aussie Jazz Band that's been around since the late 1960's. This, their 2nd album is the soundtrack to the film of the same name, a classic Australian movie based on the play of the same name written by David Williams. Here's a review I found on the internet that sums it up nicely:

"Let’s call this record one of the Australian standards in record collecting. I say that because it’s one of those records you find out about very easily. Galapagos Duck albums aren’t overly hard to find in Australia, but after coming across the crappy ones, someone’s bound to tell you that this is the one to look out for. A soundtrack to the play of the same name (see description below), this album is considered by most to be the best and funkiest of their half a dozen or so LPs. It sounds like a soundtrack, but it also sounds like a jazz funk record. 'Removalists Suite' has a great, happy vibe to it, with clapping and sax soloing. The best moment is when it changes up and kicks back into a nice piano–led jazz funk number.

The other great cut on here is the 'Removalists Theme' that starts with percussive piano stabs and a hokey brass line before pausing and then dropping into a pounding mix of fast, heavy drums and electric bass solo. The bass soon moves over while the drums get in on the soloing action themselves. But the groove doesn’t leave for long, and once things are locked back in the groove there’s a great sax solo as well. A great record by a band that held residency at Australia’s premier jazz club during the 70s."

About this transfer
Despite looking remarkably clean, my copy has its share of surface ticks. This seems more a reflection of very flimsy mid-1970's vinyl quality rather than anything else. Visually, the LP looks perfect; not a mark, scuff or scratch on the very shiny surface. Anyway, after a medium Click Repair and manual tick removal, all that's left is just the slightest amount of surface noise that is only noticeable in the quiet passages, or with headphones.

Further, I found that the highs appeared a bit rolled off. Having not heard another copy (at over AU$60 each I don't intend to), I don't know whether this is due to the original mastering (there are plenty of overdubs which could explain it) or some other factor related to my particular pressing (such as ageing stampers). In any event, I decided to do what I very rarely do and tweak the sound just slightly to add some definition to the upper mid frequencies. This had the effect of removing the murkiness and bringing the percussion a bit more forward into the mix, while still maintaining a nice warmth and depth. I hope you approve of this mastering decision - I certainly think it's a subtle change for the better. [notes by Jae from Midoztouch] 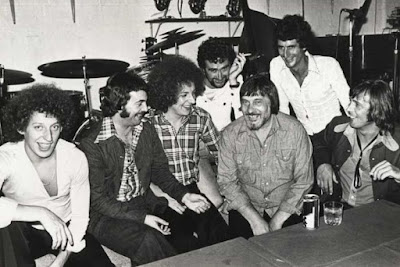 About The Movie
The film was based on David Williamson's stage play, first performed at La Mama in Melbourne in 1971 (press reports suggest that the very first season was seen by only a modest 1200 people but it quickly became a cult theatrical hit).
Williamson is Australia's best known playwright, who has also done a substantial number of screenplays for film and television. He is listed at 'AustLit', with a relatively short biography and some 166 works. 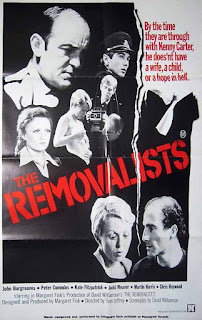 When Marilyn Carter (Jacki Weaver), at the urging of her sister Kate (Kate Fitzpatrick), goes to the cops to report that her husband Kenny (Martin Harris) has beaten her, the police arrange for a removalist (Chris Haywood) to help her remove her furniture from the flat.
Constable Ross (John Hargreaves), fresh from training school and reporting for his first day of work at a suburban police station, settles in with cynical long-serving Sergeant Simmons (Peter Cummins), and after checking Marilyn's bruising, they go to Kenny's flat.
The removalist strips the flat, and then Kenny, handcuffed and vulnerable, finds himself alone at the mercy of the police ... and then the simmering tensions erupt ...
.
This post was ripped to MP3 (320kps) format from vinyl (thanks to Jae at Midoztouch for the rip) and includes full album artwork and label scans. Considered to be the Duck's best album, I would encourage you to take a listen to this one if you haven't heard their material before.
. 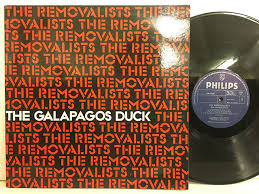 Posted by AussieRock at 9:17 PM