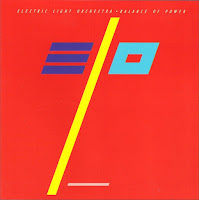 Formed by Lynne, Wood and Bevan, members of Sixties pop group the Move, the Electric Light Orchestra (ELO) was intended to continue the progressive sound the Beatles invented with 'I Am The Walrus'. The self-titled debut album was released in late 1971 and contained a UK Top 10 hit in '10538 Overture', but Wood quit the following year.

'ELO2' included a second Top 10 hit, Chuck Berry's 'Roll Over Beethoven'. Bassist Richard Tandy moved to keyboards, and a string of albums followed, notably 1974's US Top 20 breakthrough album 'Eldorado'. After 'Face The Music' (1975), 'A New World Record' (1976) was their biggest yet with hit singles 'Livin' Thing' and Telephone Line'.

At the height of punk, 1977's double album 'Out Of The Blue' reached UK and US Number 4, while 'Discovery' (1979) and Time' (1981) gave ELO their two UK Number 1 albums. After 1983's 'Secret Messages', however, Lynne rested the band to concentrate on his production work but they returned briefly for 1986's 'Balance Of Power': 'Calling America' was their 26th UK Top 40 single.
Two years later Lynne joined the Traveling Wilburys, and cut the solo 'Armchair Theatre'. 1991 saw Bev Bevan re-form the band as ELO Part 2 - without Lynne and without success.

Review 1
'Balance of Power' is the eleventh studio album by the Electric Light Orchestra (ELO) released in 1986. It is the final album by the band to feature co-founder Bev Bevan on drums, as well as the last album to feature keyboardist Richard Tandy in an official capacity.

Like many pop artists, Jeff Lynne has had a habit of recycling his ideas by twisting and turning them around as he moves from one album to the next. Generally speaking, the connection between any two given songs wasn’t meant to provide lyrical insight; instead it was limited to his unwavering desire to improve upon his prior melodic and symphonic concepts. With Electric Light Orchestra’s 11th outing 'Balance of Power', however, Lynne took a different approach. In the wake of its gargantuan endeavor Out of the Blue, the band had floundered in its abilities to move its music forward, a product, no doubt, of its close ties to the ’70s. While the group had remained popular, particularly in the U.K., it also was beginning to run out of steam.

The songs on 'Balance of Power' reflected Lynne’s sadness over Electric Light Orchestra’s impending demise, though he simultaneously couched his ruminations within the framework of a love affair that was on the decline. Consequently, while the music was genuinely joyous, there were darker textures that bubbled beneath its surface. Frustration and anger lurked within Secret Lives, for example, and a sad yearning clung to "Is It Alright". Though Lynne remained focused on placing his own stylistic spin upon the canons of The Beatles and The Beach Boys, the lone truly reconfigured moment from his past occurred during "Sorrow about to Fall". Echoes of both Evil Woman and Showdown were tucked inside the tune’s swirling, aqueous arrangement, thus lending a greater meaning to the twin interpretations of the album as a whole.

Nevertheless, 'Balance of Power' was plagued with a fatal flaw. In trying to overcome his struggles with penning new material, Lynne had jettisoned the orchestrations that previously had defined Electric Light Orchestra’s music. At first glance, this wasn’t necessarily a bad strategy for him to have employed, especially since he had begun to feel stifled by his need to concoct his customarily complex arrangements. What he utilized instead, though, was a heavy dose of electronic effects. The drum machines and synthesizers suffocated the music, leaving it cloaked in a cold, calculated sterility to which a live string section ironically would have added some much needed warmth. Although the hit single "Calling America" held merit, largely because of its ingratiating melody, the bulk of the outing fell flat.

Prior to the creation of 'Balance of Power', Lynne had worked with Dave Edmunds on Information and Riff Raff, and soon enough, he would be hired to produce Mystery Girl, Roy Orbison’s late-’80s, comeback album. In that sense, the final two tracks on the original version of the outing (Endless Lies and Send It) provided plenty of hints as to where Lynne’s heart and mind increasingly had begun to rest. 'Balance of Power', then, was the transitional effort that allowed Lynne to close the book on Electric Light Orchestra and better position himself for the next phase of his career as a well-respected, if heavy-handed, producer. [Review by John Metzger at musicbox-online]
. 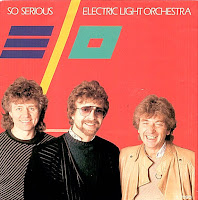 Review 2
The first half of Balance of Power is by-and-by okay but, unusually for an ELO album, lacking any real light bulb moments. Opener “Heaven Only Knows” works better as a one-off synthy Christmas song with the dings and dongs of the synthesisers. “So Serious” follows and I bet if you played the theme song from The Never Ending Story straight after, I wouldn’t be able to tell. Those two songs sound so similar that I’m surprised the record companies didn’t troll buyers by occasionally swapping the two songs around. There’s some hopeful piano playing hidden in the background of “Getting to the Point” but again, the ‘80s synthpop drowns it out. We get a little variety with “Secret Lives” when some new wave ska-like beats and a bit of saxophone lead us through the verses, kind of like an offering from the Police’s Synchronicity. Then it’s back to the generic tone as “Is It Alright” rolls around.

These tracks define the album’s first half and so far, it’s not looking too good for ELO. Any new wave or synthpop band could have done it. Where’s that “Evil Woman” sound that I hoped for? What happened to the tenderness I heard in “Telephone Line”? Where’s the grandiose sound of “Mr. Blue Sky”? It’s not rubbish at least, but it’s not impressive.

You can put this LP on the player at the nightclub and at least you’d find it alright to party to – although I am assuming a lot of things making that statement considering I don’t particularly like those sorts of events. Now is the rest of Balance of Power the same as before? Actually, not quite. “Sorrow About to Fall” does have a synth disco vibe but there are moments where the synthesisers imitate those ELO classical strains that have been missing for the last 17 minutes. More hope arises in “Without Someone” with a very ELO-like synth beginning and a guitar solo shining a lighthouse beacon just over midway through the song. “Calling America” follows on and is one of the better cuts off the album. It’s more reminiscent of their arty rock songs, like a synthy version of “Rockaria!” Of course, it’s not as good as the song I alluded to, but this is pretty good compared to what Balance of Power has delivered so far.

Right after “Calling America” is what I deem the best song on the album, “Endless Lies”. This is by far the most ELO-sounding song here. What was I saying earlier about wanting a bunch of other classic songs? Here they are. An “Evil Woman” vibe with the tone of “Telephone Line” and the soaring feel of “Mr. Blue Sky”. It’s down tempo compared to the rest of Balance of Power, and less reliant on the synthesisers, opting more for some melancholic guitars and drums. This is the lighthouse of the album, the track that should have been the sonic director. I realise that Lynne wanted a new ELO sound but having not made that attempt come off eloquently, I’m glad “Endless Lies” retains that classic ELO feel in a sea of generic new wave noise. Now that should have ended the album but for the last act, synth clashes with rock and roll for “Send It”. While it’s slightly above average compared to the generic stuff we’ve encountered so far, it feels tacked on and unnecessary. 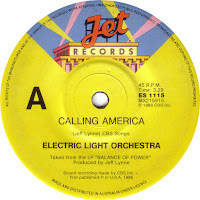 Had ELO just started out with this kind of music, they’d have had reasonable appeal like every other ‘80s band because Balance of Power sounds just like everything else at that time. In this universe though, ELO were incredible masters at blending creative rock with classical tunes giving us memorable tracks like “One Summer Dream” and “Tightrope”. Predictably, any attempt at moving away from this sound is going to be looked on with some disdain. I don’t mind people exploring other types of music but if their forays don’t deliver, then that disdain will kick in. For ELO, Lynne’s move wasn’t the best one and thank goodness they didn’t continue down that road. I don’t believe they had the ability to pull off that synthy music well enough to justify the shift considering how the band’s been essentially typecast as the rock plus violins bunch.

Of that album marking the band’s collapse, “Calling America” and “Endless Lies” are the highest peaks musically while the rest are good but not really above par. If you try to look at Balance of Power lyrically, you’re getting nowhere. The lyrics here aren’t particularly astounding except for “Endless Lies”. It all comes down to the music in the end, and that misses the mark more than enough times. This ELO album isn’t a standout but it’s at least listenable. It plays too safe and too similar to established music.  [Extract from Biased Reviews]
. 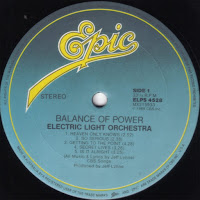 This post consists of MP3's (320kps) ripped from my pristine vinyl, and includes the usual album artwork and label scans. Although an expanded version of this album was released on CD in 2007, I have chosen to only present the original album to stay true to what the band was producing at the end of their career, before folding in 1986. I only came across this album by accident last month while attending a record and book fair organised by the Melbourne radio station 3MBS, and this was one of the many gems that I manged to pick up at $2 a pop.  Yep - I'm another happy camper.
.
Track Listing
1. Heaven Only Knows (2:52)
2. So Serious (2:38) 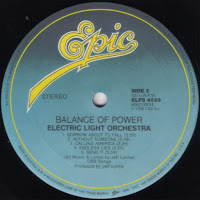