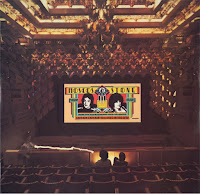 Laurie Stone, after his time with the Carol Lloyd Band and Railroad Gin, went on to form a musical partnership with local musician Peter Moscos who had previously been with the successful groups The Sect, Burke & Wills and Chicks Incorporated. Together as Moscos & Stone they recorded a string of singles and two albums. There is also thought to be a solo recording by Laurie Stone entitled "Life's A Carnival" done sometime in 1977 but this recording has yet to surface and is thought by some to be simply rumour. It is  around this same time he co-produced singles for local acts Moonlight, Jamie Dunn and Chicks Incorporated. In more recent years Stone has stepped out of the performing spotlight to carve a name for himself as a composer of film and television themes and scores with fellow Brisbane musician Garry MacDonald (no relation to the actor Gary McDonald a.k.a. 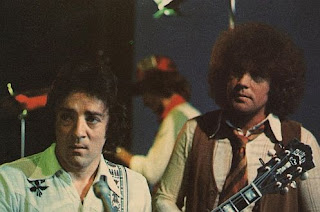 'Norman Gunston'). Garry who had been musically involved on both Moscos & Stone albums had also worked on two albums for radio identity Russ Tyson. Some of their credits to date include music for TV shows / films such as "Ocean Girl", "The Flying Doctors", "Thunderstone", "The Henderson Kids", "Sahara", "Tales Of The South Seas", "The New Adventures Of Flipper" & "Cybergirl" [extract from Carol Lloyd's tribute website]
.
Peter Moscos and Laurie Stone had a great music partnership and by 1980 were destined to spread out across Australia with their catchy melodies which they had crafted in their home town of Brisbane. They were on Countdown and other shows promoting their first single “Captain Captain” which was a hit and has since been released on C.D. But their glory days were short lived. The second single “Trouble In The City” was a minor hit but their string of subsequent lesser singles sank quickly. Peter Moscos had been one of the members of the pop group The Sect and had participated in hits such as "Lonely Road" and "St. John's Wood".
He was next in a group called the Platterpushers who evolved into another group called Burke and Wills. They had the singles "Thank You" and "Come With Me". Peter was a member of the group Hands Down with Tony Worsley and a drummer called Jamie Dunn. Jamie Dunn went onto fame as the voice of Agro (the TV puppet and singing star). Peter Moscos wrote and produced songs for the Agro show and albums as well as the TV show Pugwall. Since Peter’s pop career stalled in the 1980s he worked behind the scenes and wrote songs for many Australian artists and TV productions. One of his most memorable was the theme for the TV drama "Flying Doctors". In the early 90's his soundtrack work took him to L.A. Peter born 1948 died in 2003 of cancer in Sydney. 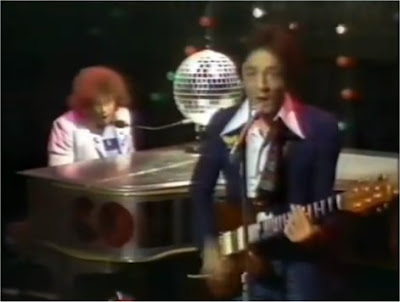 .This post consists of FLACs and MP3's (320kps) ripped from my pristine vinyl, picked up at a garage sale recently. As usual, full album artwork and label scans are included. I bought their "Captain, Captain (Part I)" single when it was first released in 1979 and always regretted not pursuing the album, so I thought I'd share my find with you.  As an extra bonus, I have included two B-Side singles "Stoned On Love" and "The Girl's In Love" which did not appear on the album.
Note: This post is dedicated to a long departed friend, Dennis Cherry, who absolutely loved the "Captain, Captain" single.  I'm sure he's singing along to the chorus at this very moment..... 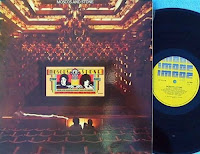 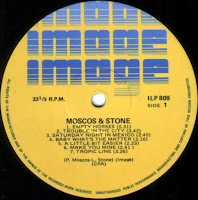 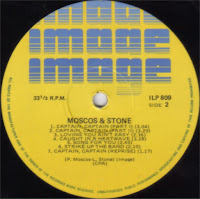